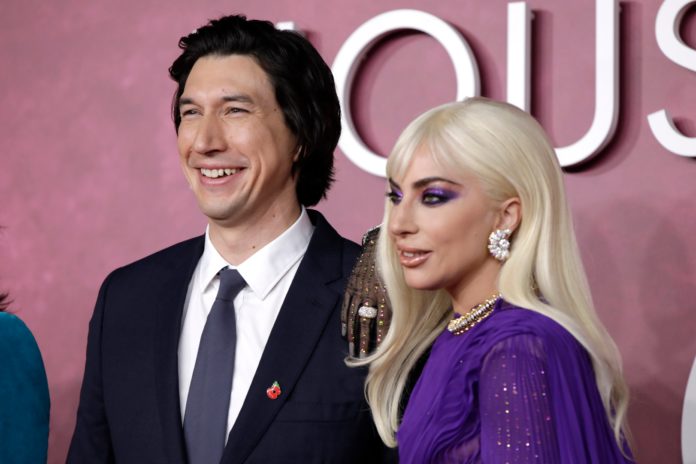 Adam Driver and Lady Gaga took to the red carpet last night for the House of Gucci premiere — and fans were obsessed.

Stars descended on the Odeon, Leicester Square in London last night for the premiere of the new Ridley Scott drama.

The film sees Lady Gaga play the role of Patrizia Reggiani, the former wife of Maurizio Gucci (Adam Driver) who headed the Gucci fashion house in the eighties.

Driver was a little less flamboyant in his style of dress, but looked sharp nonetheless in a Burberry two-piece suit. The former marine also pinned a red poppy to his jacket.

On Twitter, some people poked fun at how plain the Star Wars star looked beside his co-stars:

Known as a slightly more reserved celebrity, people enjoyed seeing how Driver’s extroverted co-stars drew him out of his shell during the big event (and previous ones, too):

People especially enjoyed all the “prom poses” that were snapped on the red carpet last night:

Cooper previously starred alongside Lady Gaga in A Star is Born, and throughout the filming of House of Gucci people have joked about how stung Cooper must feel to see her as part of another iconic on-screen duo.

Most of all, people were just delighted to see two of their favourite stars enjoying themselves ahead of the film:

The first reviews of the crime film are appearing today, and it’s a mixed bag.

To make up your own mind, catch it in UK theatres from 26 November.

We feel like it’ll be worth seeing — if only to ogle at the outfits.