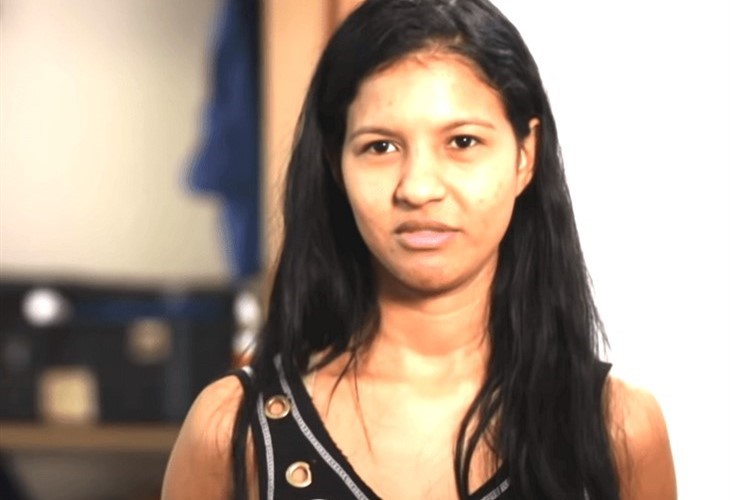 90 Day Fiance star Paul Staehle has been making headlines after sharing a series of dramatic stories with Karine Staehle on social media. It appears that there’s trouble in paradise once again between the two.

Paul’s recent drama with Karine even ended up having the police involved. It’s still unclear what happened between the two. However, fans think they dug up the past and dealt with the same issues again.

In an Instagram Stories post, 90 Day Fiance tar Paul Staehle shared his latest drama with his wife, Karine Staehle. Paul didn’t exactly reveal what’s happening between him and Karine. However, Paul said that Karine called the police on him.

Paul also shared a series of clips and images of Karine packing up her cosmetic items. According to Paul, Karine has given up her dreams of becoming a cosmetologist. However, he didn’t reveal why would she do such a thing.

Meanwhile, fans think that the two are digging up the past again, which could end up in more drama in the coming days. Apparently, fans have seen how the two dealt with their issues back in the days, and it’s pretty frightening.

Paul and Karine ended up filing restraining orders against each other. It even came to the point where Paul accused Karine of cheating, while Karine accused Paul of physical abuse.

After sharing his latest drama with Karine Staehle, 90 Day Fiance star Paul Staehle shared pictures from her recent tests, showing that he’s negative on all diseases. However, Paul didn’t reveal why he shared such information about him.

According to some, it has something to do with his recent drama with Karine. It appears that Karine might be accusing Paul of having an STD. However, the two have been together for a long time and accusing a partner of such a thing confuses the fans.

90 Day Fiance fans have been waiting for updates regarding Paul Staehle and Karine Staehle’s drama. However, Karine recently surfaced on Instagram seemingly showing no signs of trouble.

Apparently, Karine shared a picture of a delicious dessert in her Instagram Stories. Fans also find it odd that Karine is posting such a thing amid her recent issues with Paul.

At this point, Paul and Karine have yet to open up about their latest drama. However, fans think that something big is about to come yet again, especially after rumors claimed that Karine left Paul with his mother and kids.

Be sure to catch up on everything happening with TLC right now. Come back here often for 90 Day Fiancé spoilers, news, and updates.

What did Gabby Petito’s autopsy reveal?

You’ve been using your cooking oil all wrong