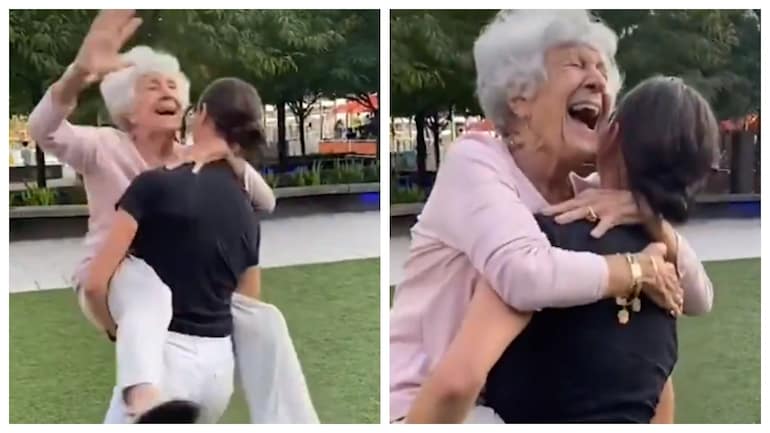 The images show the 93-year-old grandmother dancing with her granddaughter. (Photo: Twitter)

The bond a child has with their grandparents is something they can cherish for a lifetime. This granddaughter and grandmother duo’s heartwarming dance is a beautiful example of that. 93-year-old Marie Frances O’Brien’s adorable dance video won many hearts on TikTok and has now grabbed much praise from netizens on several social media platforms.

“This 93-year-old grandma and her granddaughter recreate a special dancing moment on #TikTok,” reads the caption.

Did the video leave you misty-eyed? Well, you’re not alone. Since being shared on September 15, the clip has garnered over 5,000 views and many comments. Netizens loved the wholesome video and couldn’t stop gushing at the beautiful moment recreated by the granddaughter with her grandmother.