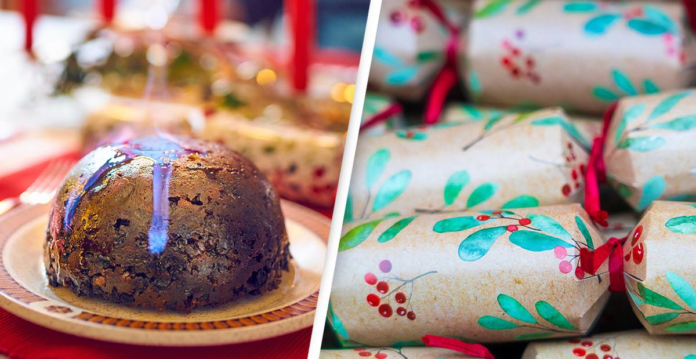 Americans And Brits Reveal Their Differences At Christmas

As always, a Reddit thread has come up trumps and shown just how different Americans and Brits are when it comes to celebrating Christmas.

In Britain, there tends to be little snow, and if we are blessed with any, it quickly turns to sludge. Patriotic as ever, many base their day around the Queen’s speech – share my pain if you have ever been forced to stand – and everyone gets so drunk there’s normally a family argument.

But what’s Christmas without a little drama? And why have some Americans never heard of crackers?

Here are some weird and wonderful British traditions which top any party in the USA.

Reddit user u/Girlwithnousername took to the platform to ask: ‘What are some British Christmas traditions an American might not be aware of?’

I’m spending Christmas Day with two Americans. Obviously we’ll do a full roast (probably not Turkey because it’s a bit pants), pull crackers, watch the Queen’s speech and fall asleep p*ssed on the sofa, but what other traditions (including abandoned ones) have I forgotten that they may like?

We can’t have an argument because we’re not related.

Other users were quick to flood to the post, suggesting all the ways in which Christmas differs from this side of the pond to the other.

One noted how in Britain there’s ‘drinking from the moment you get up’.

Alas, while this is done more widely on Christmas day, us Brits already had a reputation for day-drinking in Spoons. But, treat every day like Christmas, right?

Another claim was that in the US there’s ‘no Christmas cake’ or ‘Christmas pudding,’ which makes sense considering American’s idea of pudding constitutes what Brits would call ‘custard’, according to Vox.

Instead, us Brits have a pretty grim-tasting cake with fruit that you stuff with a penny and set on fire. A sure way to scorch your eyebrows or choke one of your elder relatives.

Crackers: one of the best parts of the Christmas dinner, and guaranteed to start World War III among children.

An essential on a British table, but according to another user, ‘America doesn’t have crackers at all!’

They usually contain a pair of nail clippers or a sewing kit inside, but the best bit is the hat and the jokes. They’re always tragically unfunny, but when you’re parading around in a paper hat, life just feels 10 times better.

Another user hit Christmas where it hurts, because while a time for joy, presents and coming together, like any good episode of EastEnders, there’s always some family drama.

Going out in your old home town on Christmas eve, bumping into all the people you grew up with (sometimes a good thing sometimes awkward) and getting hammered because you know you’ve got to spend the next 24 hours on lockdown with the family.

Alas, coronavirus may be stopping us in our tracks from escaping the clutches of our family this Christmas, or else it may be a saving grace for some, unable to return home.

Brussel sprouts are an iconic part of British Christmas, as one user noted, ‘whether people want them or not’.

You love to hate them, but hate to love them. Lifehack: finely chop them and fry them with some cinnamon and you’ll never look back.

Or as another user suggests, serve them ‘pureed with the addition of a little sour cream and black pepper’.

Christmas pantos – forever my nemesis – being called up on stage had me cowering in fear.

Little did they know that when they approached six-year-old me to try and coax me up, I’d burst into tears and hide under the chair. The show must go on?

I may not enjoy them, but they’re a classic for small children, and one of the only times it’s seen as acceptable to scream in public at the top of your lungs.

Therapy for a fraction of the price, and you’d be lying if you said you didn’t need it when approaching the festive season.

Boxing day sales are also a no-go for me. Like being in Aldi just before lockdown, staring challengingly at another customer as we both eyed up the last pack of loo roll, I’d rather not repeat the same showdown in this year’s sales.

My favourite British traditions have to be sprouts, constant drinking and crackers – festivities of which summarise us Brits, let alone just a British Christmas, worryingly all too well.