‘Avatar: The Last Airbender’ Live-Action Netflix Series: What We Know So Far 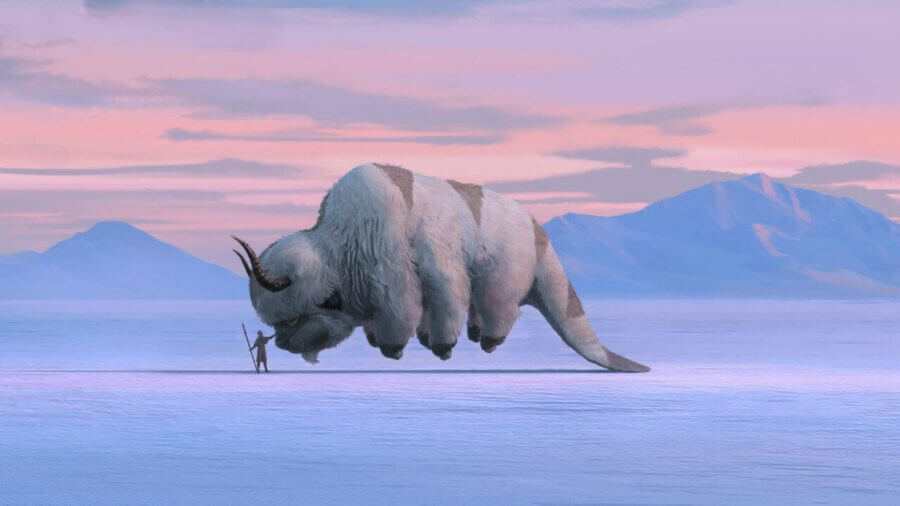 Netflix’s live-action adaptation series of Avatar: The Last Airbender moving forward with production due to begin at the end of 2021. The original creators are no longer involved with the project but there’s plenty to look forward to. Here’s an updated guide to everything we know about Avatar: The Last Airbender‘s live-action Netflix series including the new cast announcements and more!

Co-created by Michael Dante DiMartino and Bryan Konietzko, the animated series was one of the most popular cartoons of the mid-2000s. The series spawned an equally popular spin-off series in 2012 known as The Legend of Korra (both of which are streaming on Netflix in the majority of regions around the world but are expected to leave eventually).

The first season of the Netflix live-action series is set to be 10 episodes at an hour-long each.

What is the plot of the live-action Avatar: The Last Airbender?

The plot of the live-action remake will retread the same adventures as its animated counterpart.

In the world of Avatar: The Last Airbender civilization is divided into four separate nations. Named after the elements, the four nations are the Air Nomads, Earth Kingdom, Fire Nation, and the Water Tribes. In each nation, only a select few people known as the “Benders” can use their nation’s element by using the regional martial arts and their telekinetic powers. The only user capable of using all four elements is the “Avatar”. Aang is the latest Avatar of the air nomads. After sleeping for 100 years in the ‘Avatar State’, Aang is awoken by Katara and Sokka of the Water Tribe. Learning of the war ravaging the world by the Fire Nation, Aang with the help of his new friends must master the abilities of the remaining elements so he can bring harmony amongst the nations.

Who is in the cast of Avatar: The Last Airbender?

On August 6th, 2021 AvatarNews exclusively reported that four cast members had joined the project after months of casting.

The four cast members announced were for the roles of Aang, Katara, Sokka and Zuko.

Here’s who will be playing the iconic roles:

Before their departure from the project, here’s what Michael Dante DiMartino and Bryan Konietzko had to say about casting the series:

“We’re thrilled for the opportunity to helm this live-action adaptation of Avatar: The Last Airbender. We can’t wait to realize Aang’s world as cinematically as we always imagined it to be, and with a culturally appropriate, non-whitewashed cast.”

Despite rumors up until the official cast announcement, Dante Basco (who voiced Prince Zuko in the animated series) had been pegged for a role in the upcoming Netflix series but eventually confirmed he wouldn’t be returning as Prince Zuko.

Who is involved with Avatar: The Last Airbender on Netflix?

The most exciting news early in the project was that the original creators of the Nickelodeon series would be involved.

That’s unlike the previous live adaption of Avatar: The Last Airbender that was released in 2010 by Nickelodeon and largely panned.

Unfortunetely, the original creators Michael Dante DiMartino and Bryan Konietzko who were going to serve as the executive producers and showrunners departed the project in mid-2020.

More on their departures in a second.

Composer Jeremy Zuckerman was also believed to be returning to compose the music for the live-action remake, however, in an interview, he says he’s not officially signed on for the project saying:

On July 21st, 2021 he further added that he would not be involved in any capacity with the project.

To those who are wondering, I will not be working on the Netflix live action ATLA adaptation. However, I’m beyond excited to further explore the Avatar universe with Mike, Bryan, and everyone else at Avatar Studios.

Dan Lin is listed as an executive producer alongside his company, Rideback. Rideback is responsible for some huge movies (predominantly for Warner Brothers) including the Sherlock Holmes movies, the Lego Movies, and IT films.

Albert Kim has taken over the showrunning duties for Avatar: The Last Airbender. Kim is known for working on TNT’s Leverage and Nikita. In addition, Ryan Halprin and Lindsey Liberatore are listed as producers with Rideback Productions being the primary production company behind the project. Rideback recently sold off another project to Netflix in the form of Parallel.

Jang Chol Lee will serve as a concept designer on the series according to IMDBPro with his previous credits including Big Hero 6, Tangled, Cloudy with a Chance of Meatballs, and Beowulf.

We can also report that Marc David Alpert was at one point producing the series too. Marc’s impressive credits span decades with him working on Buffy the Vampire Slayer, Lethal Weapon, and Nikita. Recent production listings we’ve seen omit his name.

Our friends at AvatarNews.co revealed on July 1st that Michael Wylie would be on board as a production designer. His impressive resume includes Pushing Daisies which was released on Disney+.

In June 2021, we’ve learned that Michael Goi is set to direct in the new Netflix series. Although yet to be officially confirmed, the accomplished cinematographer has worked previously on projects such as American Horror Story, Swamp Thing, Mary and Megan is Missing.

Alongside the cast announcement, two more directors were announced for Avatar: The Last Airbender series including Roseanne Liang and Jabbar Haisani. 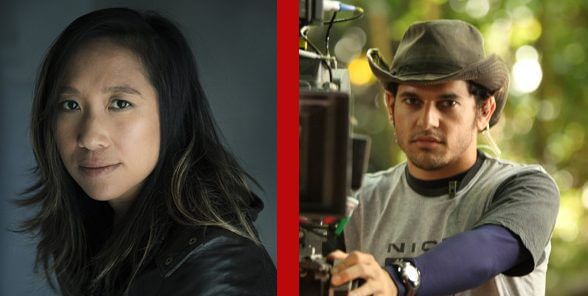 Why did the original creators leave Netflix’s Avatar: The Last Airbender?

In an open letter, Michael Dante DiMartino penned his thoughts on their departure from the project. 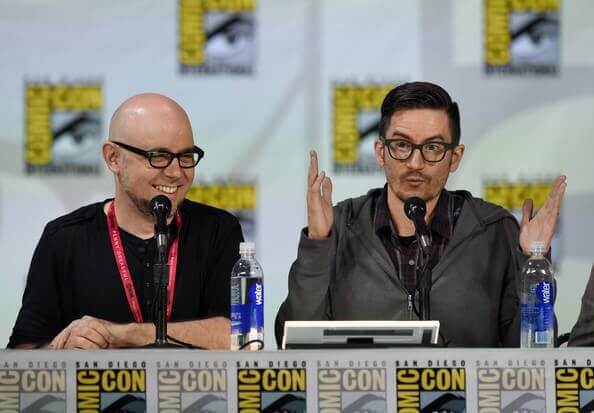 The key paragraph is as follows (although the whole letter is worth reading):

“When Bryan and I signed on to the project in 2018, we were hired as executive producers and showrunners. In a joint announcement for the series, Netflix said that it was committed to honoring our vision for this retelling and to supporting us on creating the series. And we expressed how excited we were for the opportunity to be at the helm. Unfortunately, things did not go as we had hoped.”

Bryan Konietzko also posted a statement on Instagram. Here are some of the key highlights from the statement we’d like to touch upon:

“Though I got to work with some great individuals, both on Netflix’s side and on our own small development team, the general handling of the project created what I felt was a negative and unsupportive environment. “

Since their departure, the duo has announced they would be helming new animated projects over at Paramount+ within the Avatar universe under a new studio called Avatar Studios. 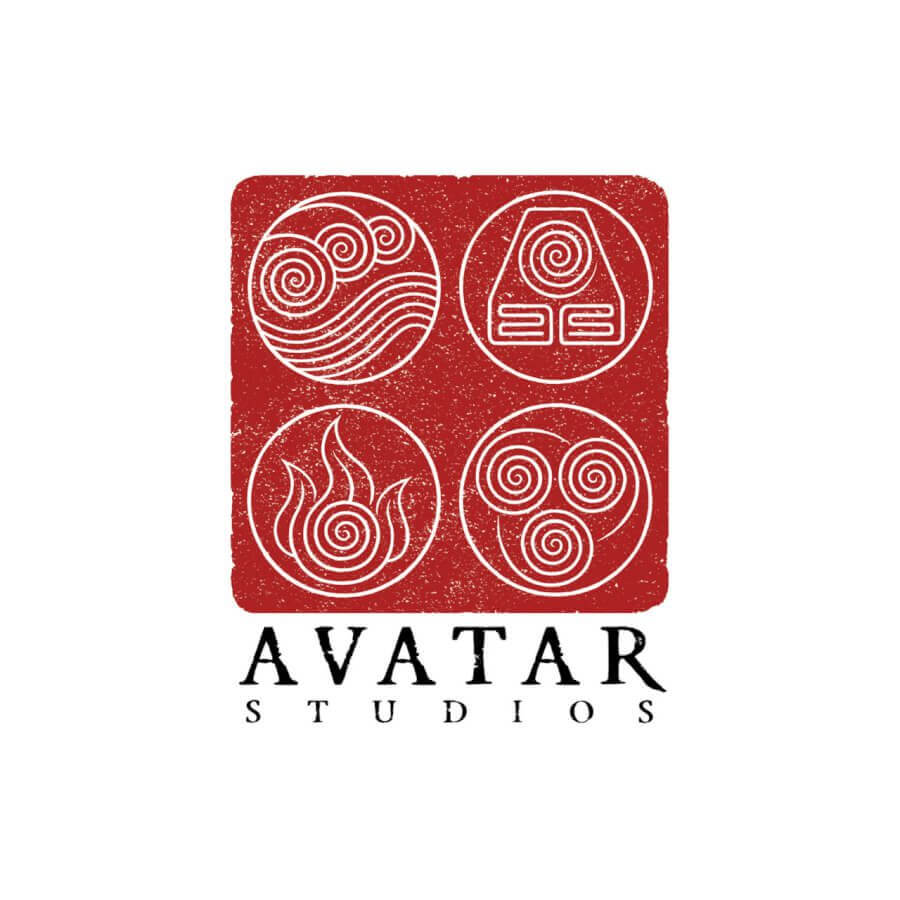 Since the departing creators, more criticism of Netflix’s vision for the series has materialized. As Winter is Coming reports, Dee Bradley Baker (who voiced Appa and Momo) didn’t mince his words about Netflix’s vision to essentially recreate the Nickelodeon series saying:

Where is production up to for Avatar: The Last Airbender season 1?

It was originally reported back in late 2018 that full production would begin in 2019. However, two years later that didn’t happen for various reasons (one being the departure of the original creators and the second being COVID-19).

The first release production update for the series came in late May 2019. Bryan Konietzko shared an update on the production of the show saying:

“We’re moving into a new office space, transitioning into the next phase of production. Our core team is growing. We’re writing, planning, and testing. Though there’s plenty that’s new for us in this live action process, we’ve been on this long rollercoaster ride twice before and a lot of the climbs and twists and turns feel familiar. Right now, everything seems slow, and we’re itching to speed up; before we know it, everything will be moving too fast and happening all at once. For those who are eager to see this new series and are asking if we have a trailer yet: thank you for your enthusiasm, sincerely, but you wouldn’t want to see a version of this series that was made within 9 months. Too much Hollywood fare is fast-tracked and the results speak for themselves. Thankfully for us and this series, Netflix is committed to doing it right.”

In September 2019, Bryan Konietzko shared some old storyboard pictures which are from the original animated series but maybe going through them for inspiration for the upcoming series. 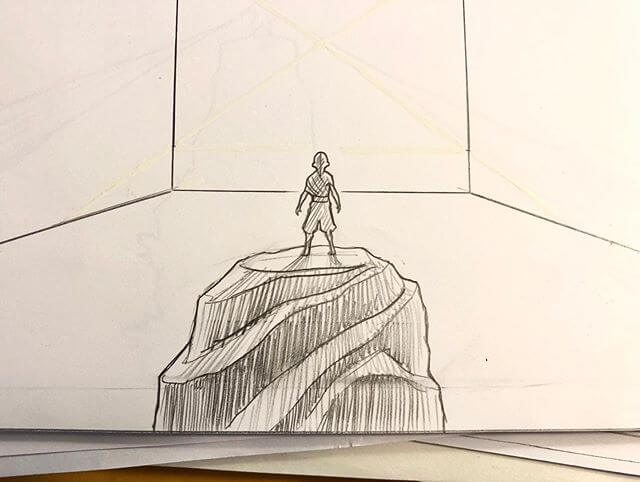 Among the other announced crew members include Jan Chol Lee who is working as a concept designer on the series. His previous roles have included working on Disney’s Big Hero 6, 2006’s Beowulf, and Cloudy with a Chance of Meatballs.

Some pictures were circulated in early September 2019 with concepts and early filming pictures but those have since been debunked.

In October 2019, ProductionWeekly stated that the show was still in active development, and production is scheduled to start in 2020 (it’s unclear as of January 2021 whether this is still the case).

In March 2020, Bryan shared a small (and rather empty) update regarding the live-action series saying:

“In other news, sorry for the lack of updates on the live action adaptation of ATLA. It’s been a slow process, slower than expected. But VERY exciting things are in the works on the project… Hang in there. We’ll share some info as soon as we can. 💙⬇️💙 But there are more important things going on in the world… It is surely going to be a rough ride for the next few months, at least. 💙 So, again, let’s all try to take care.”

Production will go ahead in Vancouver, Canada and although has been listed to get underway multiple times, it’s now believed through multiple sources that production is set to get underway in November 2021 and run through April 2022.

The show is being filmed under the working title of ‘Trade Winds’.

When is the release date for Avatar: The Last Airbender?

No word on this. Given the fact the show isn’t due to start production until at least November 2021, we’re expecting a late 2022 or even 2023 release date at this point.

Before we leave you, we’d highly recommend following AvatarNews on Twitter and its website. They remain one of the best resources for news surrounding all things Avatar and even created this incredible concept poster art for the Netflix series:

Are you looking forward to the live-action adaptation of Avatar: The Last Airbender? Let us know in the comments below!

911 Call about People inside a Car Moves Him to Tears