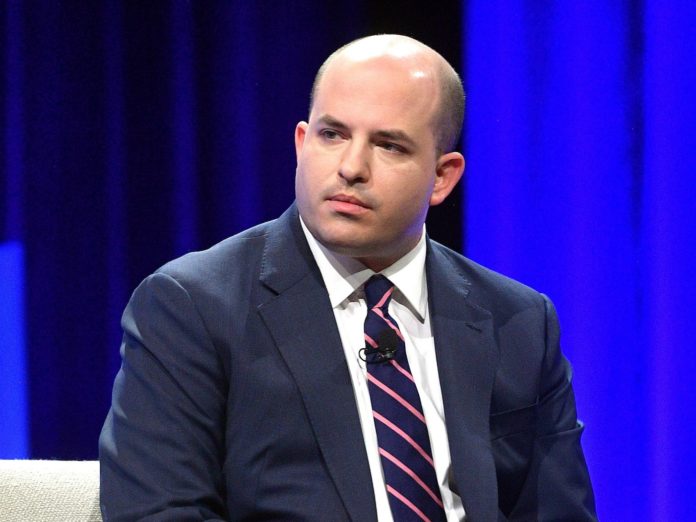 Is CNN giving Brian Stelter the boot? One tabloid claims the reporter is worried that his days at CNN are numbered. Here’s what we know.

Brian Stelter ‘Out Of The Loop’ At CNN?

This week, the National Enquirer reports CNN isn’t letting their reporters in on the network gossip, and it’s leaving Brian Stelter on edge. Reportedly, as CNN comes under new leadership, they’re cutting senior staffers left and right. And apparently, Stelter didn’t even know CNN+ was on the chopping block.

So, according to the outlet’s sources, Stelter is worried that he wouldn’t even know if his job was in danger. “It’s embarrassing that CNN’s own media reporter must find out what is going on inside his own network by reading it on other news sites,” an insider barks. “Brian had no idea CNN+ was getting canceled and worries he’s about to get canceled, too!”

It took us a minute to really unravel what the outlet was claiming in its vague report, but here’s what it comes down to. According to the outlet’s sources, Stelter didn’t know CNN+ was getting the ax until other outlets were reporting it. We have no idea if this is the case. The cancelation of CNN+ was pretty sudden, coming only a few weeks after its initial launch. So, we wouldn’t say it’s impossible that some CNN staffers didn’t know it was coming.

With that being said, that’s a pretty bizarre and unsupported claim. While we’d admit that it’s possible, it’s odd to even suggest it. And then to turn that into a story about Stelter possibly being fired is stretching it big time. We have no reason to believe Stelter is being left out of the loop, and we certainly haven’t heard anything about him being fired. While it’s true that CNN could decide at any moment to fire just about anyone, we see no reason to single out Stelter.

The Tabloid On CNN

This is far from the first time the National Enquirer overplayed its hand on a story about CNN. Earlier this year, the outlet reported CNN was telling Anderson Cooper and Don Lemon to “clean up their acts” or get fired. Then the magazine claimed CNN tried to poach a popular CBS anchor to replace Chris Cuomo. And finally, the publication alleged CNN was trying to poach two of MSNBC’s biggest stars. Obviously, the National Enquirer doesn’t really have spies lurking around CNN headquarters.