‘Bringing Up Bates’ Star Josie Balka Goes To The ER – What Happened?

Bringing Up Bates star Josie Balka sadly had to spend some time in the emergency room recently. However, she gave a couple of updates on social media, filling fans in. What happened to her, and how is she doing now?

Josie shared a snap of herself and her two-year-old daughter Willow snuggling on the couch in an Instagram story post. She wrote, “After spending last night in the ER, it’s so so good to be home cuddling my babies and feeling a little better.” In the photo, she still has EKG monitoring pads on her chest.

This post naturally sparked a conversation among Bringing Up Bates fans who were looking for more details. On Reddit, fans voiced their concerns and wondered what was going on with the young mother. All of them hope she’s doing okay now. 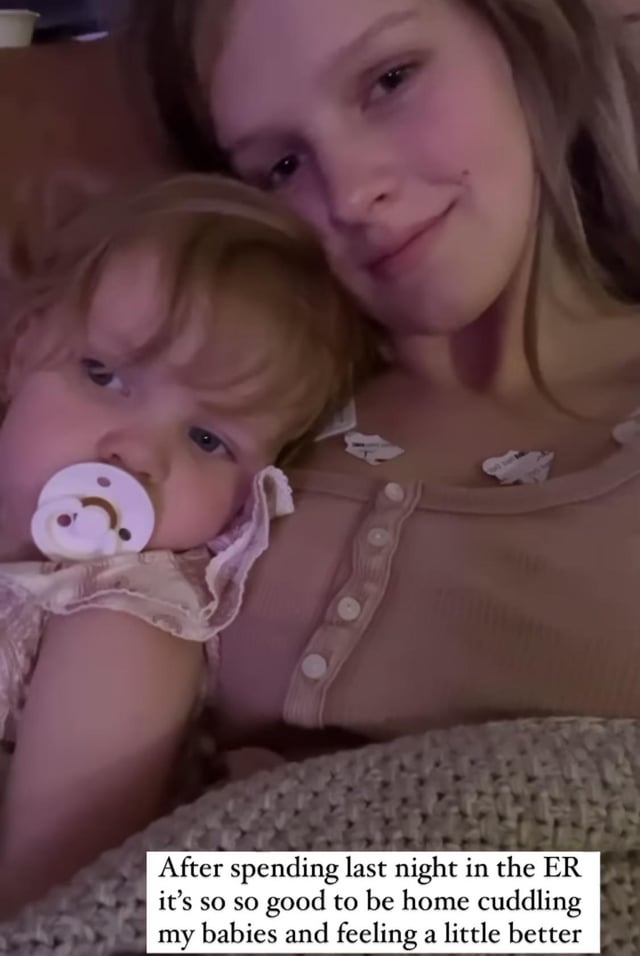 Why did the Bringing Up Bates star go to the ER?

Fortunately, Josie didn’t keep fans waiting too long for an explanation. In another post, Josie filled everyone in on what had happened. She revealed that she wasn’t feeling well and went to bed with a headache. When she woke up, she couldn’t feel one side of her face and had difficulty remembering anything. When she was first examined at the ER, the doctors thought she could have had a stroke. But, after testing, everything came back normal. So, she was diagnosed with dehydration, low blood sugar, and food poisoning.

The reasons for her other concerning symptoms are unknown. But it seems like Josie is doing okay now. Hopefully, she won’t have to go back to the ER and can stay healthy with the help of her family. Fans point out that Josie has a lot going on with two young kids at home. She recently gave birth to her second daughter, Hazel, who spent some time in the NICU. So Josie may be stressed out and not taking the best care of herself, some fans think. Others think she may be having a hard time eating and drinking enough while taking care of her kids, especially while she’s nursing and needs extra food and water.

So, were you curious about Josie Balka‘s ER visit? Do you think she will share more details soon? Let us know your thoughts in the comments below.

For more updates about UPtv’s Bringing Up Bates, check back with TV Shows Ace.