BTS fans, ARMY, is now going crazy after spotting Jungkook with his potentially new and permanent piercing, while J-Hope shows off his new hairstyle.

It’s been less than five months since BTS youngest member, Jungkook, caused havoc on the internet after he was seen sporting an eyebrow piercing in BTS’ “Butter” music video.

Although the piercing was initially just stick-on gems to give the illusion of a piercing, Jungkook later added it permanently by getting his eyebrows actually pierced – causing another wave of frenzy.

While some fans have yet to recover from that, it seems that Jungkook has a new piercing!

On October 2 KST, Jungkook became a trending topic on Twitter after a fan posted a short clip of BTS performing their hit single, “Butter,” for what fans think may be the upcoming The Fact Music Awards, which is scheduled to broadcast on October 2 KST.

In the video, which focuses on Jungkook, the “My Time” singer can be seen looking classy with his hair styled slicked-back and donning a black suit.

IN CASE YOU MISSED IT: BTS Jungkook and J-Hope Caught Flirting… with Aliens?

But during the performance, ARMY and their eagle-eyes caught onto what seems to be a lip piercing on Jungkook’s lower right lip – and ARMY is freaking out! 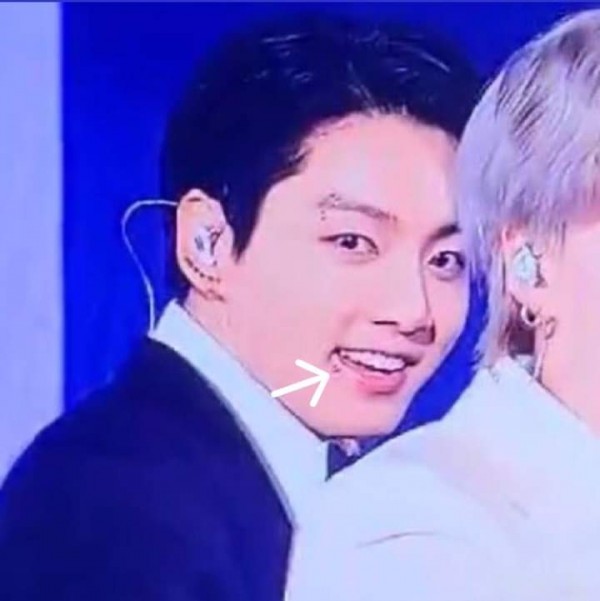 Fans took to Twitter to show their excitement over the new and possibly permanent lip piercing of Jungkook, trending the words “Jungkook” and “JUNGKOOK LIP PIERCING” worldwide.

However, due to the quality of the video and how it was filmed, the lip piercing remains a speculation as to whether or not it is real or fake, or if it is even a lip piercing due to several factors such as lighting.

But it’s safe to say that Jungkook with a new piercing is definitely something ARMY will love!

IN CASE YOU MISSED IT: BTS Was Worried About ARMY the Most During the 63rd GRAMMY Awards – Here’s Why

Jungkook isn’t the only one who is trending on Twitter as of this writing. In the same video that made speculations on Jungkook’s lip piercing arise, J-Hope can also be seen showing off his new hair color – a beautiful purple in the shade of lilac! 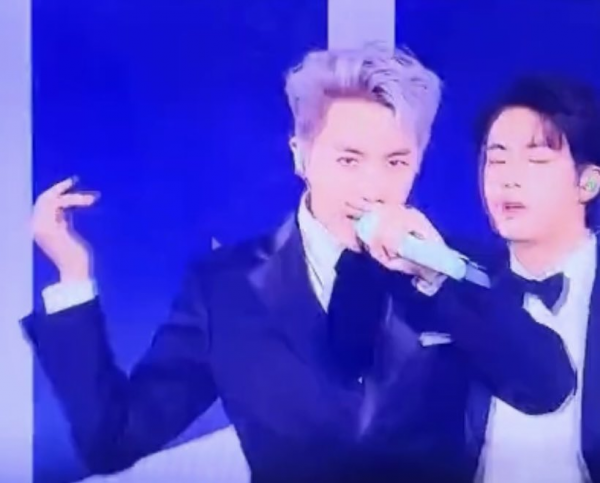 Since earlier in the year, J-Hope had been sporting a lighter hair color for their promotions and schedules, with J-Hope changing his color to a vibrant yellow for their “Butter” promotions, and subsequently platinum blond for “Permission to Dance.”

This also marks the first time J-Hope dyed his hair fully in lilac – so it’s no wonder ARMY are excited!

To show their excitement on his hair change, J-Hope started trending on Twitter with the words “Hoseok” and “Hobi” worldwide.

IN CASE YOU MISSED IT: ‘Butter’ Composer Jenna Andrews Reveals Which Vocal Abilities She Likes among BTS Members

Despite the low quality video, there is no denying that J-Hope is definitely high quality!

Check out the clip here:

it’s 5 in the morning and I’m seeing this?! Jungkook lip piercing and hobi’s purple hair?!! https://t.co/o2ozwynXMU