BTS made history after receiving their first-ever Grammy nomination. However, they were actually worried about their fans, ARMY, the most.

Keep on reading to know why.

Earlier this year in March, BTS made history after bagging their first-ever nomination at the 63rd GRAMMY Awards for Best Pop Dup/Group Performance with their hit 2020 summer track “Dynamite,” making them the first-ever K-Pop group to do so as well.

Despite the loss, BTS being nominated at the GRAMMY Awards was still a huge milestone for both the group and K-Pop, and BTS’ music label, Big Hit Music, made sure to document the entire event for BTS’ fans, ARMY.

IN CASE YOU MISSED IT: Football Player Son Heung Min Hints at a Collaboration with BTS

On September 29, BTS shared a new video on their Youtube channel, BANGTANTV, which shows a behind-the-scenes of BTS as they film for their performance of “Dynamite” for the prestigious awards show, as well as the events that led up to the announcement of winners.

While the members showed their excitement and nervousness for the event, they also shared their thoughts on their nomination.

“I couldn’t sleep because something historical could happen today. I’m so nervous and I don’t know what to do. Regardless of whether we win an award or not, the process of preparing for the Grammys itself was an honor,” Jungkook said.

IN CASE YOU MISSED IT: BTS Announce In-Person Concert ‘Permission to Dance On Stage – LA’ 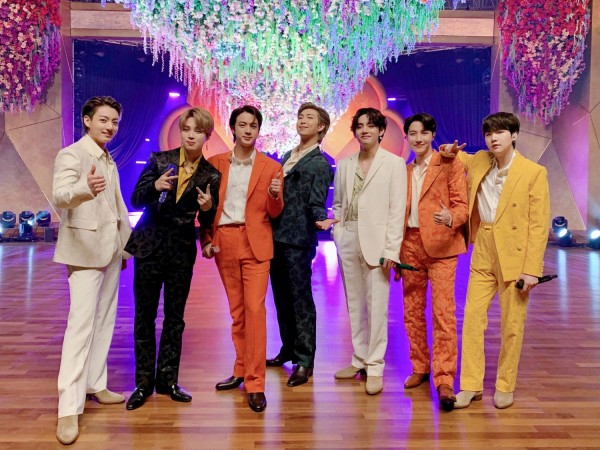 BTS’ leader, RM, also shared his thoughts, “I’m calmer right now than I think I’ve ever been for any event. I’m really not expecting anything, so I’m zoning out a little since it’s early in the morning. I’ll have fun and if we win an award, that’s great. But even if we don’t, I’m sure there will be a next time. I’m trying to stay positive like that. I’m going to stay calm and enjoy myself.”

When the winner was announced, the members can be seen smiling and laughing, despite being saddened by their loss. Still, BTS and the staff members celebrated the historic event by hugging each other and the staff surprising the group with a cake.

However, BTS showed the most concern to ARMY, with the members repeatedly mentioning that they are worried about their fans. “ARMY must be sad,” BTS said.

IN CASE YOU MISSED IT: Staff Member Accused of Reading BTS Hate Messages in Front of the Group 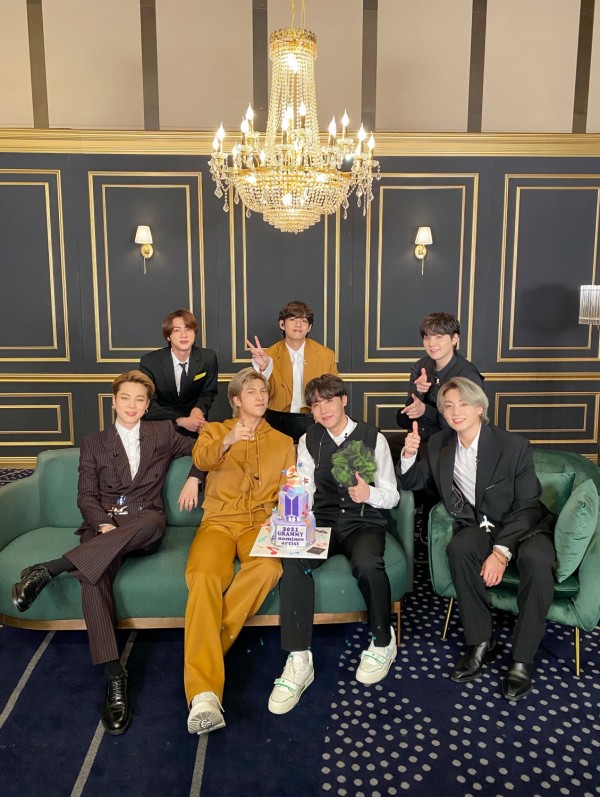 As BTS being nominated was also a big event and milestone for ARMY, millions of fans would have tuned in to the GRAMMY Awards to witness the event and support the group. Hence, BTS was worried that the fans would be too saddened by their loss.

BTS later held a Naver V Live broadcast to cheer up ARMY, in which Jimin expressed his gratitude to fans, “We started from nothing, and we can make it again with you guys. We should continue knocking on the door.”

The rest of the members also thanked ARMY for staying up late to support them, and promised to continue working hard to win next year.