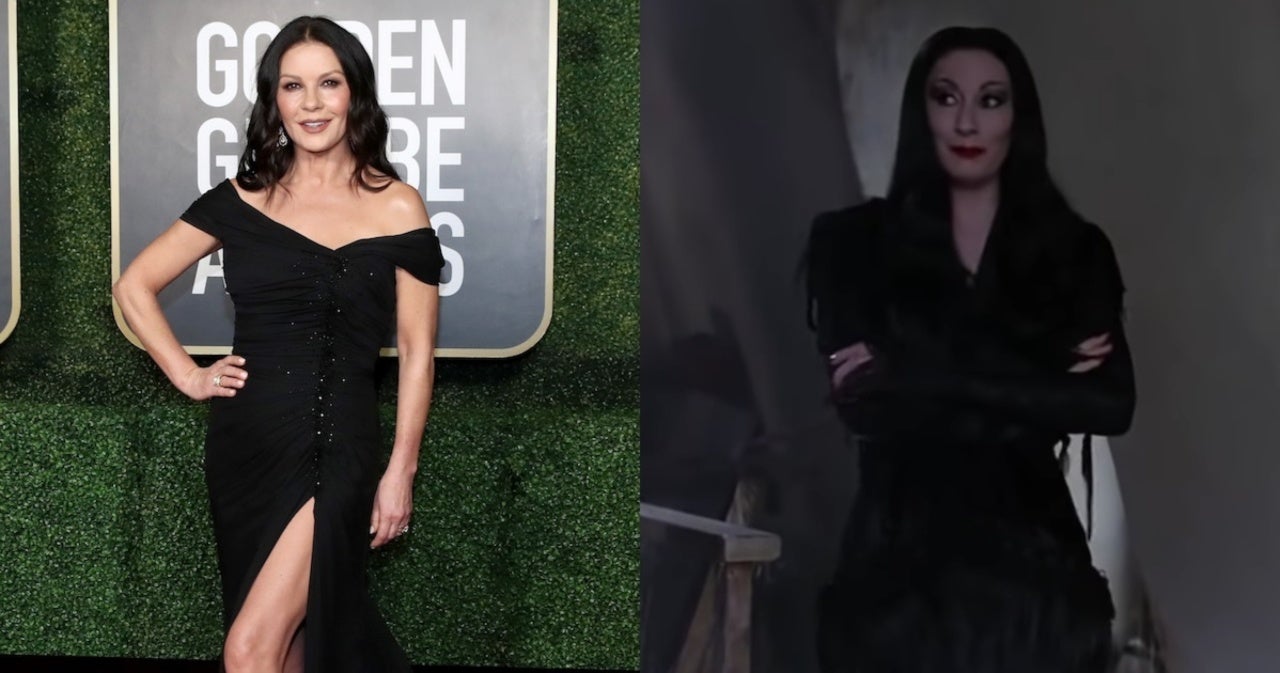 Netflix announced some major news on Monday about their Addams Family spinoff, which is set to be titled Wednesday. On Twitter, the streaming service announced that Catherine Zeta-Jones would be playing the iconic role of Morticia Addams in the series. Luis Guzmán has been cast as Gomez Addams, Morticia’s husband.

Deadline reported that Morticia and Gomez’s daughter, the titular Wednesday, will be played by Jenna Ortega. Wednesday is billed as a coming-of-age comedy centered on Wednesday as she studies at Nevermore Academy. The comedy, written by Smallville creators Al Gough and Miles Millar, won’t just bring the laughs, as it will also be a “supernaturally infused mystery.” During Wednesday’s time at Nevermore Academy, she will reportedly learn how to control her psychic powers, will tackle a monstrous killing spree case, and will attempt to solve a mystery that her parents were involved in decades prior. Of course, young Wednesday will be navigating all of this while attempting to juggle the new relationships in her life.

Our Addams family is expanding!

Catherine Zeta-Jones will step into the iconic silhouette of Morticia Addams while Luis Guzmán will bring to life the debonair Gomez Addams in the upcoming TV series Wednesday, starring Jenna Ortega as Wednesday Addams and directed by Tim Burton. pic.twitter.com/MiofyWIbwy

It was originally announced back in late May that Ortega had been cast as Wednesday Addams, per The Hollywood Reporter. Tim Burton will direct and executive produce Wednesday, which received an eight-episode order by Netflix. The producing team also includes Andrew Mittman, Kevin Miserocchi, Kayla Alpert, Jonathan Glickman for Glickmania, and Gail Berman. THR pointed out that Burton was previously set to direct a 3D stop-motion animated take on The Addams Family nearly a decade ago. However, it never came to pass.

The Addams Family was created by cartoonist Charlies Addams back in 1938. His original comic has since been adapted for several different projects over the years. Back in the 1960s, John Astin and Carolyn Jones starred as Gomez and Morticia for a live-action series on the ABC network. An Addams Family animated series then came out in the 1970s. Much later, in the 1990s, there were two Addams Family features released which starred Angelica Huston as Morticia, Raul Julia as Gomez, and Christina Ricci as Wednesday. Most recently, there was an animated Addams Family movie released in 2019, which featured Charlize Theron voicing Morticia, Oscar Isaac as Gomez, and Chloe Grace Moretz as Wednesday.