Ceiling Fan Falls Down On A Family Having Dinner; Netizens Call Their Escape A ‘miracle’

A Vietnamese family had a narrow escape when a ceiling fan fell on them during their dinner. The video has been shared by ViralHog on Twitter. Check out.

A Vietnamese family had a narrow escape when a ceiling fan fell on them while they were having their dinner. The video that has gone viral on the internet was shared by ViralHog on YouTube. The clip shows the family having dinner when suddenly the fan fell over them. Fortunately, all the members of the family escaped unhurt.

The video was shared by ViralHog alongside the caption, “The whole family was eating when the ceiling fan fell right between us. Luckily no one was hurt”. According to the caption, the video was taken on July 8, 2021, in Bac Ninh, Vietnam. In the video, a family of six can be seen sitting on a mat on the floor. They were seen enjoying their dinner while talking to each other. As the video proceeds, a child can be seen hearing some noise and he started looking around. After few seconds, the ceiling fan dropped on the lap of the child and the two persons seated beside him. The woman immediately gets rushed to the child and hugged while all others remain shocked for some time. Later, the man who was sitting beside the child can be seen picking up the fan and keeping it aside and the family starts having their food again. Watch the video here:

Since being shared on YouTube, the video has gathered over 35,520 views and the post has been flooded with reactions from people. Netizens, shocked by the whole incident shared their views in the comments section. Some of the users were horrified by the sudden falling of the fan while others were glad that the family escaped unhurt. People also pointed out how the kid saw the coming of the fan. One user commented, “That was scary! They nearly got hit. Lucky people. Okay was expecting worst case scenario with the title but this just proves miracles do exist, I’m glad no one got hurt”. Another individual commented, “The kid saw it comming before anybody.. he knew something was up cause he was looking up at the fan before it dropped.” Check out some user reactions. 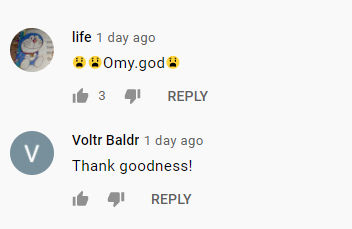 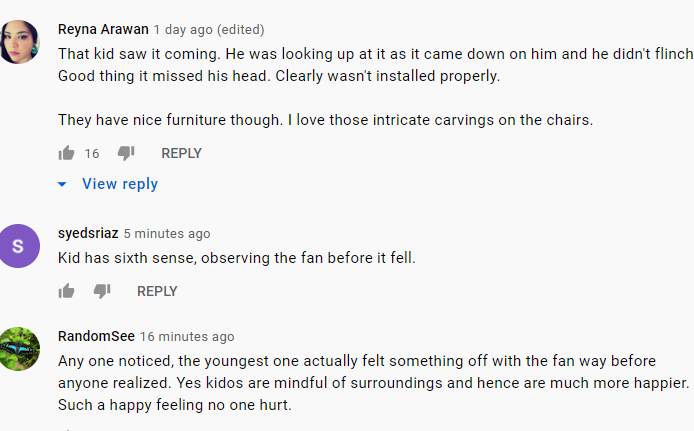 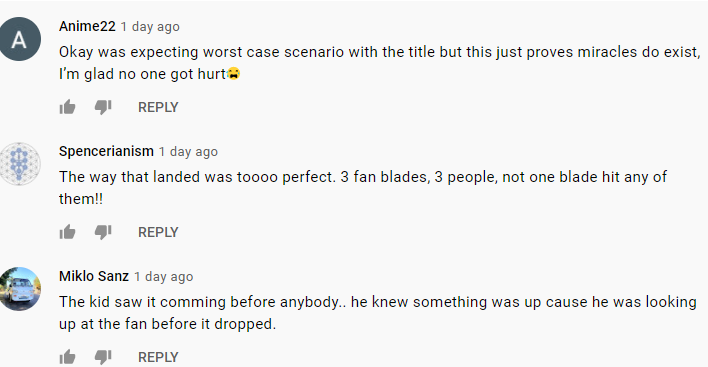 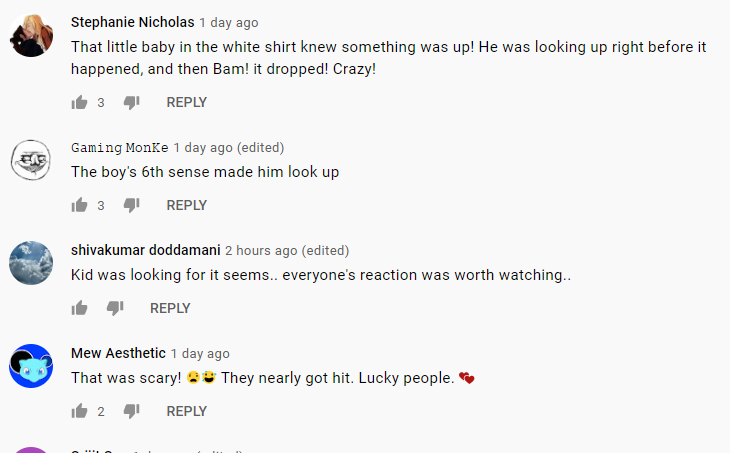 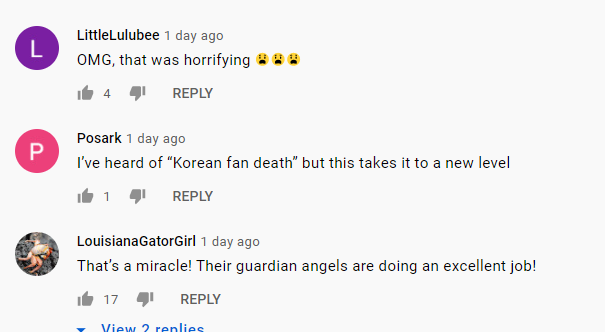 Sonny Comes Back! Finds Jason And Carly In Bed Together?

The 6 reasons your sex drive is low