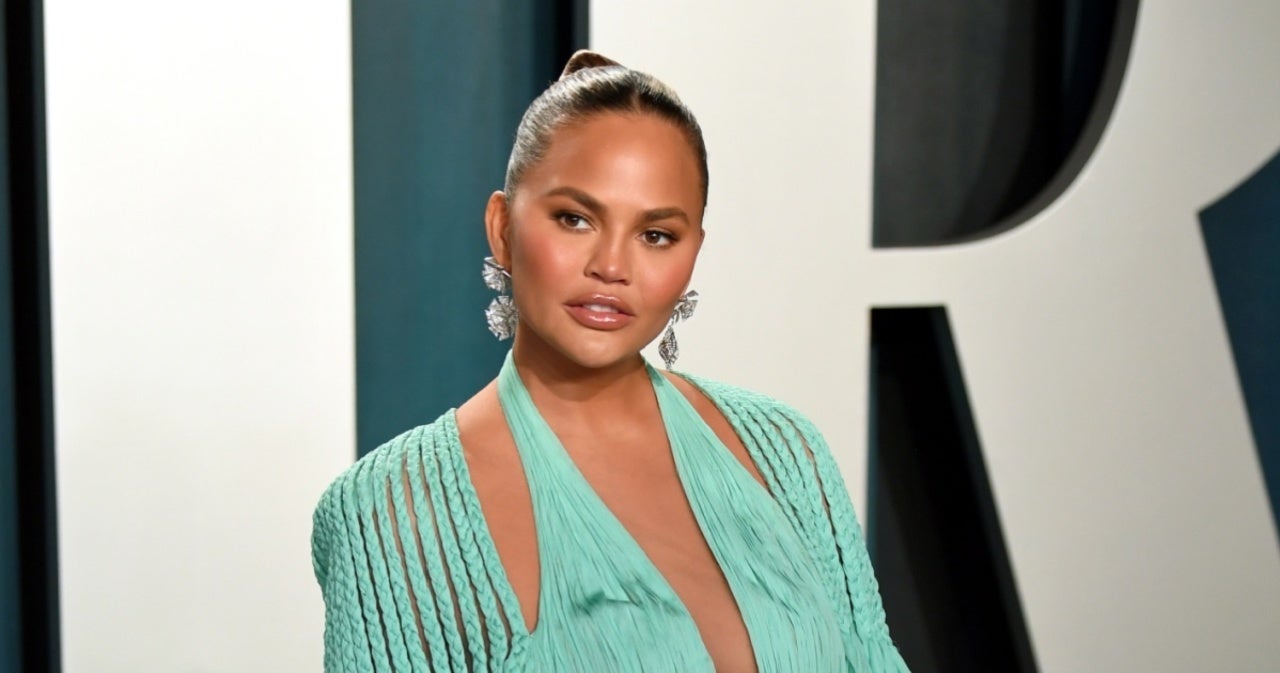 Chrissy Teigen took a page out of another controversial character’s book, dressing up as Katey Sagal’s Married With Children character Peg Bundy. The model was dressed in a printed black velvet jumpsuit next to her Grammy-award winner husband John Legend, wearing Bundy’s signature red wig. “Go together like a horse and carriage,” she captioned the post, echoing the lyrics of the song’s opening theme song. She paired the look with a pair of leopard print heels and a matching belt around her torso. The first photo showed her giving her husband a quick smooch, while the second image showed the nastier side of the character giving her a best-disgusted look for the camera.

Followers of the star gathered in the comments, showering the couple with praise for the hilarious set of pictures. “Ok, the second pic,” Selling Sunset star Christine Quinn responded under the post. Actress Essence Atkins reacted to the photo set with a few emojis, including the heart eyes, crying laughing face, and a pair of clapping hands.

The photo set comes amid Teigen’s exile to social Siberia after being “canceled” on social media due to another incident with Courtney Stodden, which earned her a reputation as a “bully.” Speaking with paparazzi, Teigen admitted, she didn’t know how long her time among the canceled community would last. “I don’t know. It could be forever. I have no idea. I don’t know,” she said.

“All I can do is live my life and take care of my kids and family,” she continued. “Everyone else can make their choice. You have to be able to live your life and do the same things you were doing before.” The incident damaged Teigen’s career to the point that Target took her cookbooks off the shelves in response. Teigen says she tried to apologize to Stodden in private for allegedly harassing her. “I have tried to connect with Courtney privately, but since I publicly fueled all this, I also want publicly to apologize. I’m so sorry, Courtney. I hope you can heal now, knowing how deeply sorry I am,” she said at the time.

Stodden claims she never received an apology in private from Teigen but still accepted the public apology. “I accept her apology and forgive her. But the truth remains the same, I have never heard from her or her camp in private,” Stodden wrote on Instagram. “In fact, she blocked me on Twitter. All of me wants to believe this is a sincere apology, but it feels like a public attempt to save her partnerships with Target and other brands who are realizing her ‘wokeness’ is a broken record.”

If Grace Returns to Season 2 of ‘When Hope Calls,’ Jocelyn Hudon Reveals.