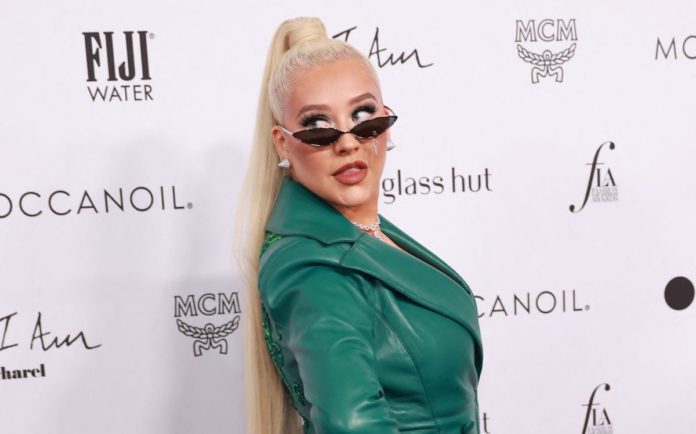 Is Christina Aguilera’s health in crisis? One tabloid claims the singer’s recent weight gain is putting her at serious risk for a variety of health complications. Let’s check in on the “Beautiful” singer.

Christina Aguilera Is ‘Bigger Than Ever’?

The latest edition of the National Enquirer reports Christina Aguilera isn’t looking like herself. Doctors who haven’t treated Aguilera warn that her “estimated 50-pound weight gain” could spell trouble for her health. “The extra weight makes her a target for dozens of serious illnesses, including heart failure, cancer, diabetes, and right now—COVID,” the expert notes. “She needs to take a serious look at her diet and health regimen.”

The outlet notes that Aguilera weighed in at a petite 102 pounds when she rose to fame, but now she’s a “size 16 and proud of it.” But another health expert warns that Aguilera could be looking at a shorter life expectancy. “If she doesn’t lose that extra weight, she can expect to die earlier than the average woman,” the doctor explains. “A lot of people recklessly gained weight during the pandemic and it contributed to the death toll… She needs to rethink her relationship with food—before it’s too late.”

Christina Aguilera Putting Herself In Danger?

This report has to be one of the sleaziest we’ve seen. First of all, the tabloid’s “before” picture of Christina Aguilera is from the 2000 My VH1 Music Awards. It’s just wrong to compare Aguilera’s body now to how she looked 22 years ago. Then there’s the “now” image. The outlet is analyzing a photo snapped from behind of Aguilera in a heavy leather coat. We found the singer in that same outfit on Instagram, and she looked absolutely phenomenal. We simply aren’t seeing what the tabloid is seeing.

The issue here is that the tabloid is still holding Aguilera to the same standards of the early 2000s—an era that so extremely favored thin women that the standard look is often called “heroin chic.” If we’re looking at Aguilera through that lens then, sure, she’s put on some weight. But it’s that kind of thinking that truly endangers women and leads them to live unhealthy lifestyles. Looking at Aguilera now, she looks absolutely stunning and comfortable in her own skin.

More Body-Shaming From The Tabloids

This is far from the first time the National Enquirer has attacked a celebrity for putting on a few pounds. Last year, the outlet claimed friends were fearing for “hefty hermit” Jack Nicholson. Then the magazine reported Kirsten Dunst looked “unrecognizable” shortly after giving birth. Then the publication alleged Vin Diesel was sparking health fears with his “exploding waistline.” Obviously, the Enquirer doesn’t have any medical expertise and just enjoy shaming celebrities for their appearances.