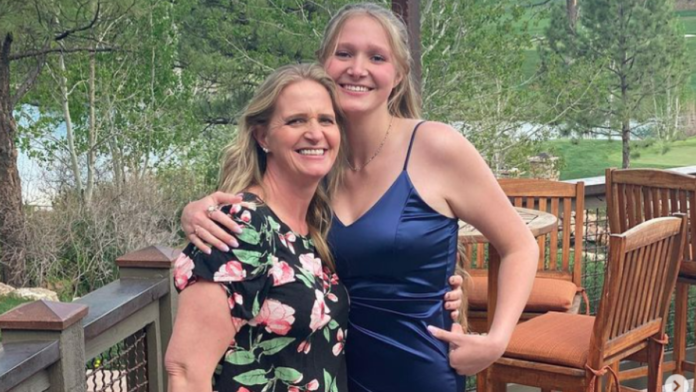 Sister Wives star Christine Brown is the feisty third wife of the Brown family. Even though she decided to no longer be a spiritual wife to Kody Brown, they still share six wonderful children.

Their second-to-youngest child, daughter Ysabel, is a spunky blonde beauty who looks exactly like her mom. She was a focus on Season 16, as she underwent life-changing surgery to fix severe scoliosis in her spine.

Ysabel recently celebrated her 19th birthday, and her mom took to social media with a post of a series of photos to let the world know how wonderful her daughter is.

Ysabel has had a year worth celebrating. She moved to North Carolina to live with family – specifically her older sister, Maddie Brown Brush, and her husband and two children, Axel and Evie – and so she could attend East Carolina University. She also celebrated the year anniversary of her scoliosis surgery, which viewers witnessed the path to for many seasons of Sister Wives.

According to her Instagram, she has spent her time also visiting with her family back in Utah, including sisters Aspyn, Mykelti, and Truely, along with Savannah, who is Janelle and Kody’s daughter. They have visited Disney, the Grand Canyon, Sedona Arizona, and her former home of Flagstaff.

Viewers have witnessed Ysabel and her siblings grow up on television, and long-time fans are invested in the lives of the family, especially the children. As Ysabel struggled with her scoliosis, we were all along for the journey of traveling to New Jersey to have a surgery that would help improve her condition and her quality of life.

In November 2021, Christine announced her separation from Kody on Instagram, stating, “After more than 25 years together, Kody and I have grown apart and I have made the difficult decision to leave.” She made it clear that her children would always come first, and vowed that she and Kody “will continue to be a strong presence in each other’s lives as we parent our beautiful children and support our wonderful family.”

Although viewers could see cracks in their marriage on the show, fans were shocked at the announcement. Christine later gave more insight into their split on the Season 16 tell-all. She let viewers know that since she and Kody were not legally married, they technically did not need to get divorced, which helped with a clean split.

Kody has also had a tumultuous few years with his first wife Meri Brown, and he now considers their relationship just a friendship and nothing more.

Sister Wives is currently on hiatus on TLC.