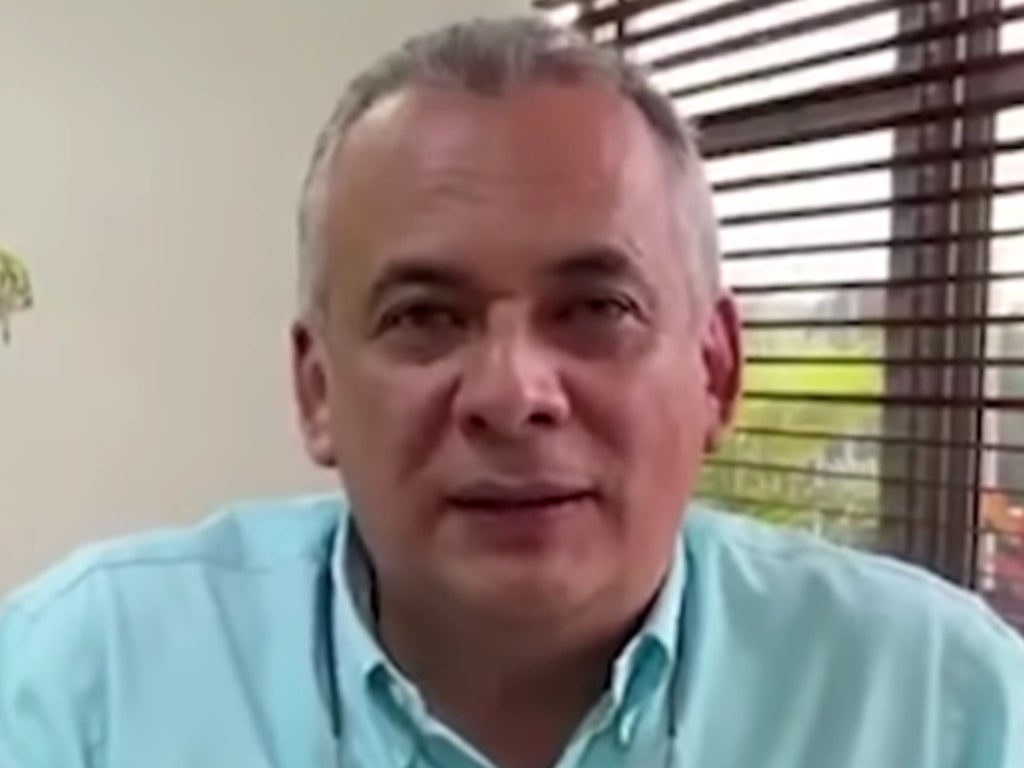 Jose Manuel Rios Morales, the mayor of Armenia, Colombia, seems to have a spooky situation under his watch.

Instead of disregarding the issue, Morales took it upon himself to get into ghostbuster mode as she shared footage of the ghost haunting his office, letting his fellow constituents won’t have to worry anymore.

In a video message to his Facebook followers, Morales stated that while the situation is under control, the people of Armenia should refrain from visiting his office until priests have finished walking around and blessing it.

Although the nature of what is happening at the office is frightening, the way the video portrays it is unfortunately funny.

Happy, calm stock music is played in the background as black and white footage of a man walking plays. Suddenly, the man is tossed aggressively to one side as he falls into a stand and pushed onto the ground.

He appears to have his flashlight on to see if he can spot who or what is responsible for this.

Soon after, other people arrive at the scene to probably see all the commotion, which appeared to make the ghoul flee the crime scene.

Despite how threatening and violent the poltergeist appears, Morales is certain that “as mayor, I have the conviction that faith is insurmountable power.”

He also notes that he has a bishop and “other religious leaders” ready to go to bring “God’s Blessing to every corner of this workplace.”

The only requirement he urges is “respect and union in prayer” because of the protection “by the hand of our Lord.”

No matter what people may think, this is quite awesome that Morales as a politician, wants to take on issues that can happen to regular people, even if that includes supernatural run-ins.