Once or twice a year, you have one of these mega release days in country music where the albums are so important, and the amount of releases so daunting, you need a field guide, or a Sherpa to help shepherd you through it all. Luckily you have little ol’ Saving Country Music here at your service to try to make sense of what will transpire on Friday, August 20th as a host on super important albums will be released all at once.

Many of these titles will eventually be reviewed here as well. Many have already been talked about previously. But just so nothing gets lost in the shuffle, here’s a rundown. 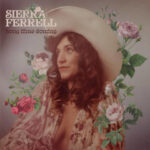 Many folks have been feverishly awaiting news on when the debut album from gypsy jazz Appalachian folk phenom Sierra Ferrell would finally emerge after signing to Rounder Records in 2019. Well now we’re finally getting her Rounder debut, and it’s appropriately titled Long Time Coming. It fair to consider it as one of the most anticipated releases in roots music for 2021.

Originally from Charleston, West Virginia, Sierra started singing at the age of 7, left home in her 20’s to become a wandering minstrel playing in boxcars and at truck stops, later busking on the streets of New Orleans and Washington State before eventually landing in Nashville. (read more)

Sturgill Simpson – The Ballad of Dood and Juanita 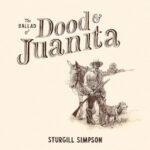 Sturgill says about the conceptualized album, “I Just wanted to write a story— not a collection of songs that tell a story, but an actual story, front to back. [This album is] a rollercoaster ride through all the styles of traditional country and bluegrass and mountain music that I love, including gospel and a capella. It is a simple tale of either redemption or revenge.”

Sturgill has always espoused that he would release only five albums in his career, and this would make the 5th—though this doesn’t count side projects and other releases, including his two recent bluegrass volumes under the Cuttin’ Grass title. Whether the ultimately holds to that plan or not and The Ballad of Dood & Juanita ends up being his final album, the release is likely to be a significant one in his trajectory either way. (read more)

James McMurtry – The Horses and the Hounds 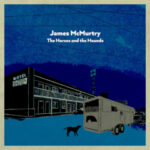 In a brilliant economy of words, James McMurtry can bring alive entire characters and expansive landscapes in songs, revealing details down to the crevices in the dried soil, and the contours of a face in the mind’s eye. He’s compiled a body of work that rivals most any other songwriter, and most certainly made his world-renown novelist father—the recently-passed Larry McMurtry—monstrously proud.

Over the last dozen years or so, James McMurtry’s output has slowed down significantly, but if anything, his craft and cunning has only sharpened. That’s how his 2015 album Complicated Game became the Album of the Year on a hardcore country website like this one. It was announced over two years ago that McMurtry had signed with New West Records. But he’s just now getting around releasing his new album on the label—some seven years after his last release. (read more)

Connie Smith – The Cry of the Heart 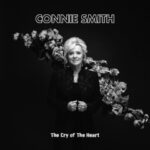 Country Music Hall of Famer and Grand Ole Opry member Connie Smith is getting ready to release her first new record in a decade, and one thing is for sure, it’ll be country. “People ask me, ‘What is country music?’” says Smith. “I say, ‘To me, country music is the cry of the heart.’ We all have these experiences in our hearts and I’m trying to identify and communicate with people so they know they’re not alone.”

Hubby Marty Stuart assembled a crack band of musicians, including piano player Hargus “Pig” Robbins who’s collaborated with Connie throughout her career, and who Connie calls her “secret weapon” (they also were inducted into the Hall of Fame together in 2012). Steel guitar player Gary Carter also came on board to play an essential role. Connie says, “If I were an instrument, I’d want to be a steel guitar.” And of course you also have Marty Stuart playing guitar, along with co-writing numerous originals with Connie for the record. (read more) 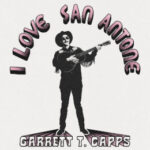 Garrett T. Capps is like a country artist without a country. Or more like a country artist without a planet. Space country is what he likes to call his music to attempt to convey the atmospheric and psychedelic flavoring of his brand of honky tonk. It’s a little bit out there, which means he doesn’t fit nice and snug into any specific niche of the country and Americana scene. That’s not to say he doesn’t have a home. In San Antonio, Garrett T. Capps is considered a honky tonk holdout and hero in a city where such characters are few and far between.

Garrett has long been a booster and proponent for country music in San Antonio, and now he’s putting it to music in this new album. If the title track is any indication, this will be a fun one. 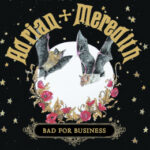 Maybe you have seen this couple duo over the last few years and think you have them pigeonholed. But their new album will definitely take you on many unexpected twist and turns in a fantastical trip featuring a full band sound.

Recorded in the living room of their East Nashville house with folks like steel player Paul Niehaus of Justin Townes Earle and Calexico fame, and banjo player Fats Kaplan famous for playing with Jack White, Bad For Business was produced and mixed by Mark Robinson of Th’ Legendary Shack Shakers, which should give you a good notion of the wildness and variety of influences you can expect. 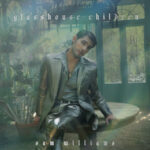 The first official full-length album from the son of Hank Jr. and the grandson of Hank Williams, don’t rush into this expecting to hear a chip off the old block. Sam has shown over the years to be his own man, and draws from influences well outside of country. Expect this to be a more contemporary-sounding affair.

Glasshouse Children includes co-writes with Dan Auerbach, Sean McConnell, and Jaren Johnston of The Cadillac Three. It also features a collaboration with Dolly Parton on the song “Happy All The Time,” and (cough) Keith Urban on the already-released single “Kids.” But hey, if it comes from the loins of Hank, it at least deserves some of our attention.

Karen Jonas of Virginia has been staying busy, and is keeping us busy by releasing a four-song EP of tracks dedicated to the summer, including a rendition of Don Henley’s “The Boys of Summer.” And coinciding with the EP release is a poetry book of 60 vignettes covering various aspects of Karen’s life called Gumballs.

Haven’t heard the whole thing yet, but if the three early singles from this selection are any indication, don’t expect the Anderson East of yore when he was slamming Garth Brooks as a proxy for Miranda Lambert, and putting out throwback blue-eyed soul songs indicative of the Stax era. Maybe We Never Die is a dramatic sea change with a lot of electronica and a decidedly contemporary pop sound with retro accents.

A great Nashville-based songwriter, his song “Breakfast” from 2019 blew up a little bit after being featured on the Saving Country Music Top 25 Current Playlist. Now he’s back with a new album delving into his anxieties and poetic muse being released on Anti.

Previously known as Girls Guns and Glory, this alt-country syle band produced by Eric “Roscoe” Ambel are said to delve into “an examination of the socio-cultural divide in this country” with the new album, but not while sacrificing the joy of the music.

Malcolm Holcombe – Tricks of the Trade

Chris J Norwood – I Am Not Cool

A mother of four, 41, was discovered strangled in the undergrowth by A3 in Surrey.

On ‘My Big Fat Fabulous Life,’ did Whitney Thore replace her poodle with a new one?