Deshaun Watson Snaps at Reporters for Filming Him, Social Media Fires Back 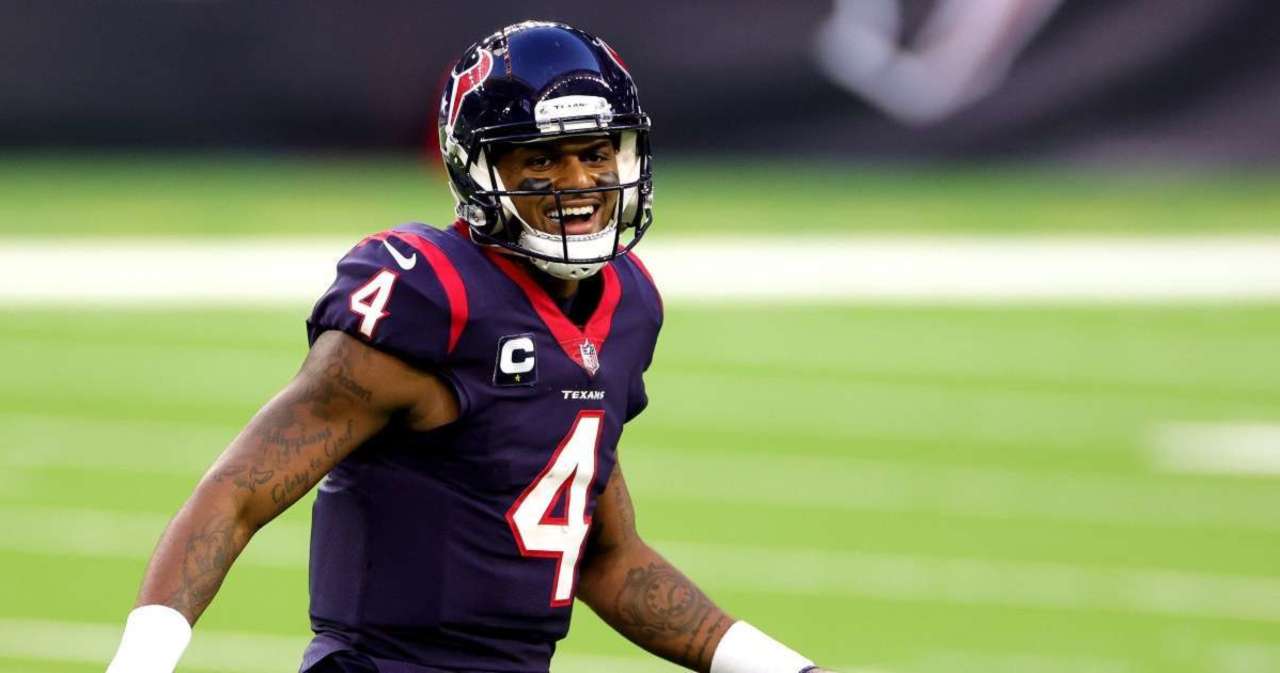 Deshaun Watson is frustrated with the media. The Houston Texans quarterback is working out with the team during training camp but his future is uncertain as he asked the Texans for a trade and he’s dealing with 22 accusations of sexual misconduct. On Thursday morning, Watson snapped at reporters for filming.

“Why are you all always filming me every day? Watson asked. “It’s the same s—.” Watson will not play in the Texans’ first preseason game, and it’s not clear if he will play in any of the team’s preseason games before the start of the regular season. It’s very possible the NFL could suspend Watson after the league concludes its investigation.

Last year, the Texans finished with just a 4-12 record, but Watson had the best season of his career, throwing for 4,823 yards, 33 touchdowns and a passer rating of 112.4. Here’s a look at fans firing back at Watson for snapping at reporters.

Deshaun Watson: “Why are you all always filming me every day? It’s the same s—.” pic.twitter.com/nL6p5Rlkl9

Here’s a look at Watson taking aim at the reporters. One person wrote: “Yeah he did it. The fact this is taking forever (the case) shows he is guilty.”

Another person wrote: “It’s a scandal as soon as he demanded a trade Texans management set him up and tried to pin a sex case on him so other teams wouldn’t want him, he’s innocent you can tell just by his demeanor.”

Oh yea I really wonder why that could be Deshaun https://t.co/Z318FU2x70

One fan tweeted: “So you were fine with it when you were playing well and getting all the positive attention, but now that you’ve been accused of things that may or may not be true you dont like it? Boo friggin Hoo.”

Deshaun Watson doesn’t like the cameras on what’s the same story, different day in Houston. The Texans remain in Watson purgatory. pic.twitter.com/QVcroXPtBo

“The man has 20+ civil lawsuits against him,” another fan said. “He requested a trade that isn’t happening because no one wants him right now. Not exactly the best times of his young life.”

How on earth are the Texans still letting Deshaun Watson just show up?

A social media user believes that “Deshaun should’ve eaten that $50k a day fine & not shown up if he wasn’t expecting to be filmed at camp w/ everything floating around his name.”

He’s listed as the 4th QB on the depth chart so I’m guessing he’ll be gone very soon https://t.co/C954VwRzEl

Another fan wrote: “Ive seen dozens of videos of people filming linemen at Chiefs camp walking to practice… none of them complain… wonder why D is making a big deal of it…”

Hmm I wonder why they’d film a disgruntled star who wants to be traded while currently fighting 20+ sexual assault allegations? He gave them the exact reaction they wanted lmao. https://t.co/TMHg2mUogo

And this fan added: “Not really he knows all the attention is on him, but after his altercation they focusing on him even more ya know. Not more of the team. The team is called the “TEXANS.”