90 Day Fiance alum Larissa Lima seems to be making plans for the future but a cryptic post prompts concerns about how long she thinks she’ll survive this life. After her latest round of plastic surgeries, many fans are begging her to stop. But, she shows no signs of slowing. And now her latest quote seems troubling.

When Larissa Lima inked her first deal with Sharp Entertainment – the company that makes 90 Day Fiance – she had no way of knowing where this journey would take her. After several seasons of the reality show and spinoffs, arrests for domestic violence, and one conviction, Sharp still kept filming with Colt Johnson‘s ex-wife.

But when she colored outside their lines and did a live “show” online, Larissa announced they had fired her from the 90 Day Fiance franchise. However, that doesn’t mean that the production company’s made it easy for her to move on to other projects. While she has an online platform to earn money from fans, she wants more.

Last week, Larissa Lima said she’d emailed the 90 Day Fiance production company to “get out of [my] contract”. She said she wants to tell her “true story” that was never show on reality TV. However, she said she’s still waiting. But are these struggles getting to her? A troubling new post about mortality seems disturbing.

Usually, Larissa Lima talks a lot about women empowering each other, and bashes her haters. After another surgery to increase her bustline to a whopping 1500cc of volume, many 90 Day Fiance followers are pleading with her to stop with the surgeries. One advised “please stop” while she’s ahead. To which Larissa replied “nope”.

Another 90 Day Fiance fan said she looked like a blowup doll and Larissa taunted back “that’s the goal”. In the same week that all this came out, she reminded everyone that a year ago, ICE (Immigration and Customs Enforcement) arrested and detained Larissa for several hours. That came as she moved from Vegas to Colorado, as Soap Dirt reported. 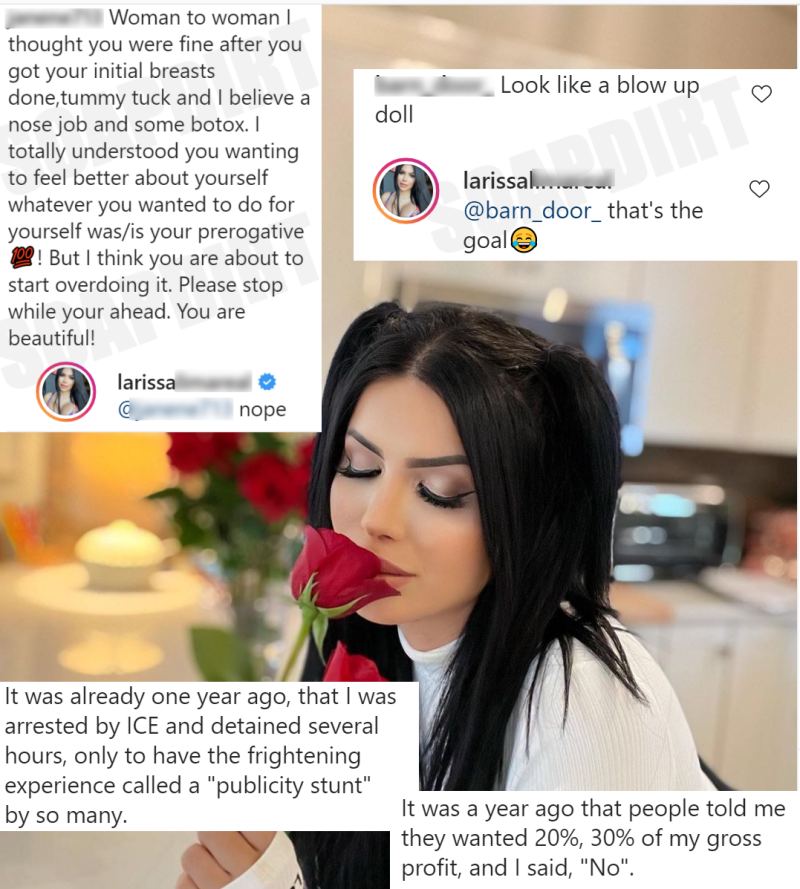 Larissa talked about betrayal from people she thought were friends, others trying to take her hard-earned money. The 90 Day Fiance ex-wife said she came through it stronger but talked about rebuilding her life. Her stated goal of looking like a mannequin – something not human – seems a little strange and sad to others.

Did Larissa Predict an Early Death for Herself – is 90 Day Fiance Alum Okay?

Three days after mentioning when her life hit rock bottom, Larissa Lima featured a quote that could be read as a red flag. It’s from Alan Watts, a British philosopher who mainstreamed Eastern philosophy for the English-speaking world. While showing off her most recent surgical enhancements, she played this Watts’ quote. It said it’s better to enjoy a shorter life “full of what you like doing” rather than a longer one “spent in a miserable way”. 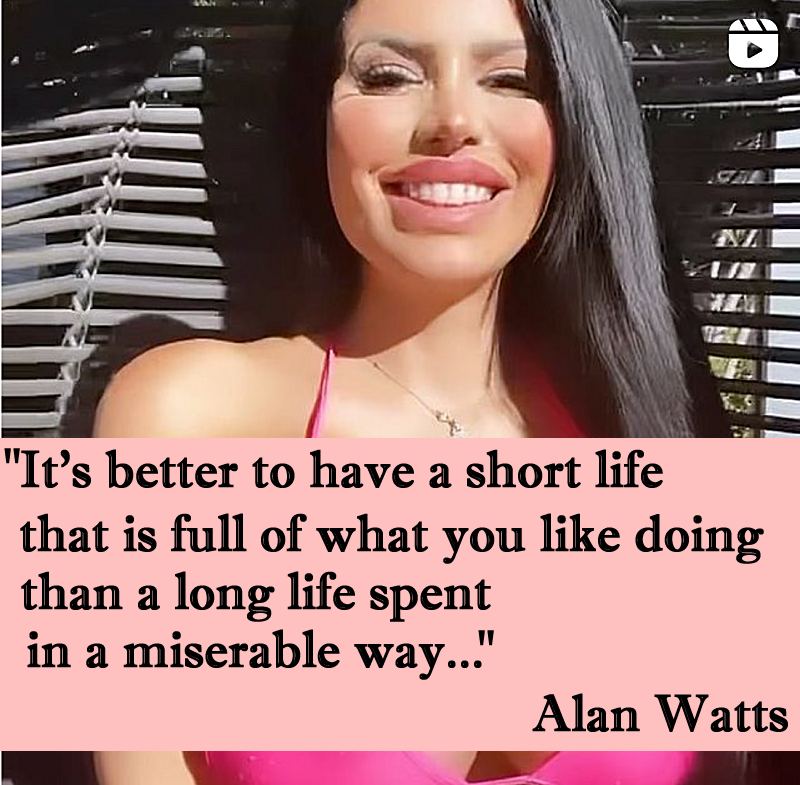 According to Larissa, she’s achieving her body goals and living her best life. But this quote would indicate the former star of 90 Day Fiance is willing to accept not living a long life so long as she really enjoys the time she has. Was this just a clever sounding quote she chose at random to emphasize that she’s doing what she wants with herself?

Or is there something to worry about with Larissa Lima after this? It’s reminiscent of the Neil Young lyric that it’s “better to burn out than fade away”. Larissa said she’s already got more surgeries in mind. And she seems dead set on doing them. And remains unbothered by fans asking her to slow down on the body mods. This is despite assurances from followers who says she’s beautiful as-is. Is there something there to cause concern?