An online scam has popped up on Telegram, a social networking site popular with QAnon conspiracy theorists. Fake social media accounts of celebrities have cropped up on the app and after luring in followers with fake Hollywood secrets, they begin flogging a coin with Donald Trump’s face on it that promises huge returns.

The coin features a picture of the president on one side and says, “Keep America Great” at the top. On the reverse side is the presidential seal. 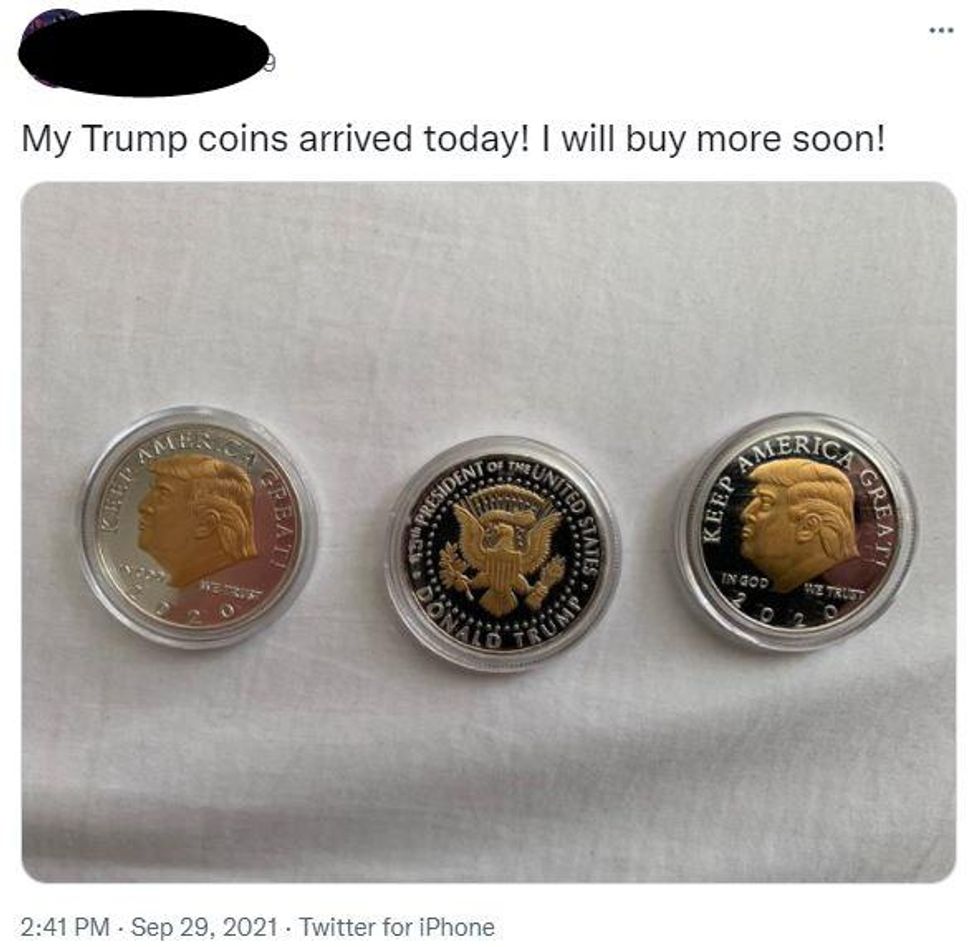 The coins go for as little as $8.95 each and a quick scan of the internet shows that they haven’t risen in value just yet.

Kirstie Alley had to release a statement saying that she’s not involved in the scam. As did a representative for Sylvester Stallone.

“Mr. Stallone is officially not involved with Telegram,” the spokesperson said. “This is not his account, he does not post on the Telegram site. The account is counterfeit.”

An ad featuring Elon Musk suggests that the coins will skyrocket in value. 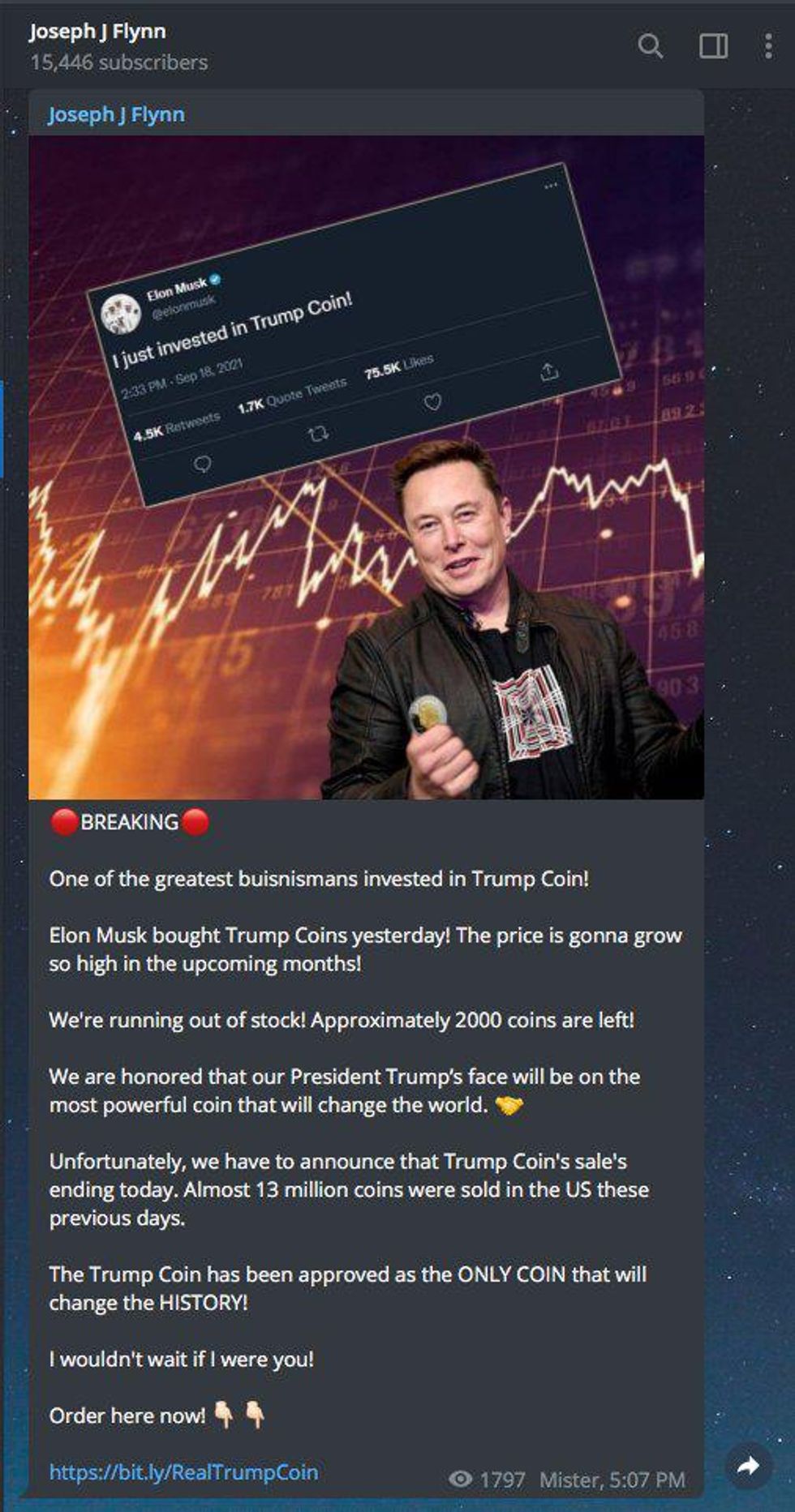 “Scotus will hear the case to reinstate Donald Trump and the skyrocket of the Trump coin will happen!” the ad claims.

The ad also says that the coins will work as a form of social currency in the future and those that are lucky enough to have the foresight to buy them will be treated ‘differently” because they own the “SYMBOL OF AMERICA.” 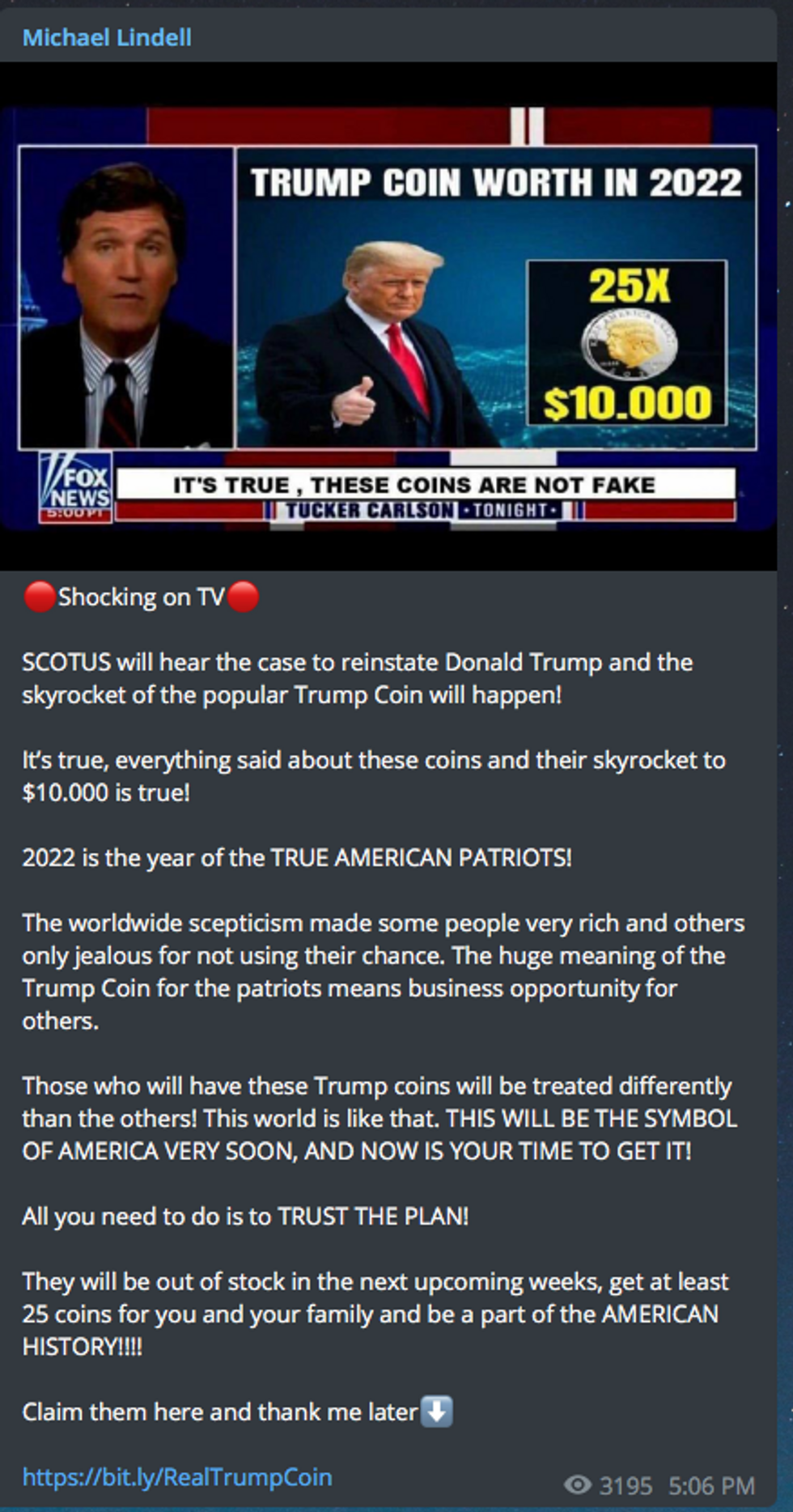 Another account claiming to be from conservative actor James Woods says the Trump Coins will rise exponentially, much like Bitcoin. But that logic falls flat once one considers the fact that Bitcoin is built on blockchain technology and Trump coins are nothing but gold-plated tchotchkes. 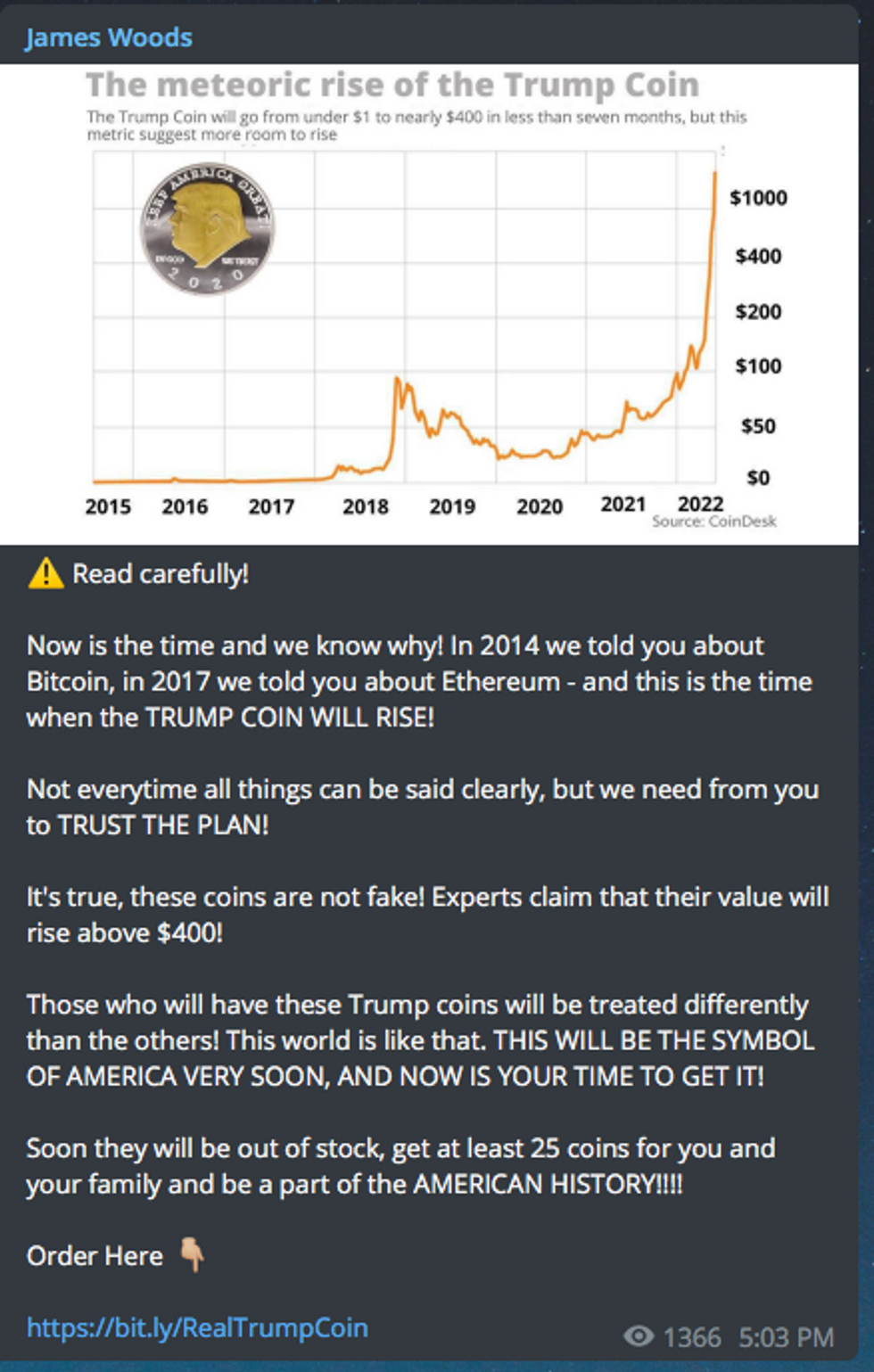 Will Sommer, the host of the “Fever Dreams” podcast, believes it’s all an attempt by an opportunist to take advantage of an audience that doesn’t have the sharpest critical thinking skills.

“I think the lesson of Trump Coin is that when you have a situation like QAnon, these people have already self-identified as extremely gullible. And so a lot of people are then going to come in and sort of try to feed at the trough there,” Sommer said.

So if one of your relatives or friends tells you they’re going to get rich off of Trump Coins after he is reinstated in office, please talk them down from the lege, and explain that he isn’t coming back during Biden’s term and the coins have not gone up a penny.

Tell them to invest in Bitcoin instead, at least that’s gone up in value this week.