As Blockberry Creative is in a financial crisis, LOONA fans – Orbit – are trying to find ways to help the group from disbanding – one being in the form of drag queen Kim Chi.

Recently on September 29, media outlets reported that Blockberry Creative, home to their sole artist LOONA, is currently facing a major financial crisis. Since then, fans of LOONA – collectively know as Orbit – have expressed their worries over the possible disbandment of the 12-member group.

In fact, they have even reached out to business magnate and founder of SpaceX, Elon Musk, to enlist his help as he is currently the richest person in the world. While some fans have also hosted a Twitter space to pray for the group.

However, someone has decided to take matters into their own hands with drag queen and long-time K-Pop fan, Kim Chi, coming in with an offer to help LOONA! 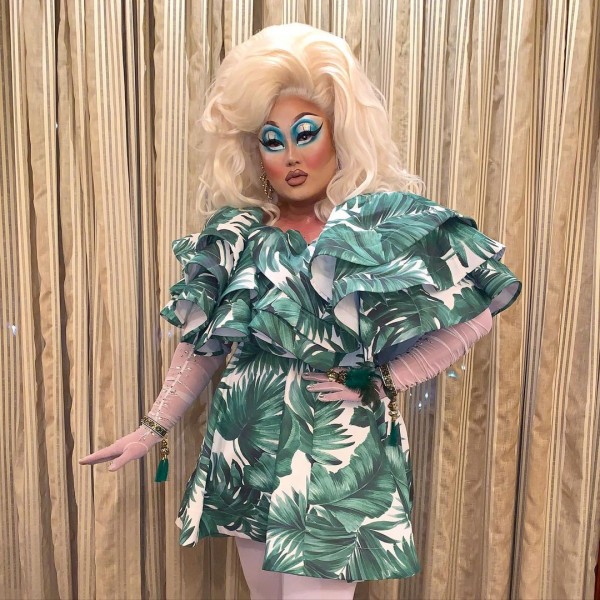 Kim Chi is a Korean-American drag queen and makeup artist who finished as a runner-up in the eighth season of “RuPaul’s Drag Race,” and subsequently launched her own makeup line called Kim Chi Chic.

Besides having a passion for drag and makeup, Kim Chi is also a big K-Pop fan, being a fan of numerous groups such as BTS, Oh My Girl, ASTRO, and many more. In fact, she even tweeted “Stan LOONA” back in May 2018, three months before the group made their official debut.

She even joked about LOONA disbanding during April Fool’s Day, which somehow became a foreshadowing.

Amid the reports of Blockberry Creative and their major financial crisis, on October 1, Kim Chi tagged LOONA in one of her tweets, urging them to respond to her emails and saying, “Dear @loonatheworld please respond to my emails! I can help y’all out!!!”

Seeing Kim Chi’s tweet, fans poured out their support and have even started helping Kim Chi to get her email seen by Blockberry Creative. Although it is unclear whether Kim Chi’s offer was serious or not, fans are still delighted to know that there is a way to prevent LOONA’s disbandment.

Meanwhile, media outlets have reported that Blockberry Creative is unable to pay outsourced services and their staff members, with their unpaid fees estimated to be up to 100 million won (around $1 million USD) and whose wages are delayed for months.

Blockberry Creative has yet to release a statement.

IN CASE YOU MISSED IT: What Will Happen to LOONA? Group’s Choreographer Reveals Not Being Paid Amid Financial Crisis of Blockberry Creative