‘General Hospital’ spoilers for August 16-20, 2021, reveal Sam getting a call that will change everything and things going wrong for Spencer at this big party on Spoon Island.

Sam (Kelly Monaco) and Dante (Dominic Zamprogna) seem to be on an actual first date at the Metro Court pool when Sam suddenly gets a phone call while Dante goes to get drinks. It’s an unknown number but Sam decides to pick it up anyway and there is a very surprising voice on the other end calling her name. She immediately knows it’s Drew Cain (Cameron Mathison), her ex-husband and the father of her daughter who is supposed to be dead.

She seems surprised by the call but not particularly shocked. However, Drew is not on the line for long and Sam knows he’s in trouble and she has to help him. But how will this affect her blossoming romance with Dante? Might a search for Drew bring them closer together?

Is Nikolas Getting Revenge?

Spencer (Nicholas Chavez) is not exactly throwing the party of the year at Wyndemere, but at least his old friends and one new friend are there. Cameron (Will Lipton), Trina (Sydney Mikayla), and Josslyn (Eden McCoy) are the first guests, and when Spencer gets a stunning call (like his cousin Sam?), he confides in Joss. Ryan Chamberlain (Jon Lindstrom) called him, he claims. Joss doesn’t buy it cause Ryan is catatonic as far as everyone knows.

Could this be Nikolas (Marcus Coloma) playing the same tricks on his son that he played on Ava (Maura West) to scare the life out of her? Nikolas did promise to expose his son in a dramatic way and this could be it. Is Ava in on the prank, too, and how will Trina eventually feel about it? When Laura (Genie Francis) finds out what’s been going on, she is absolutely furious. 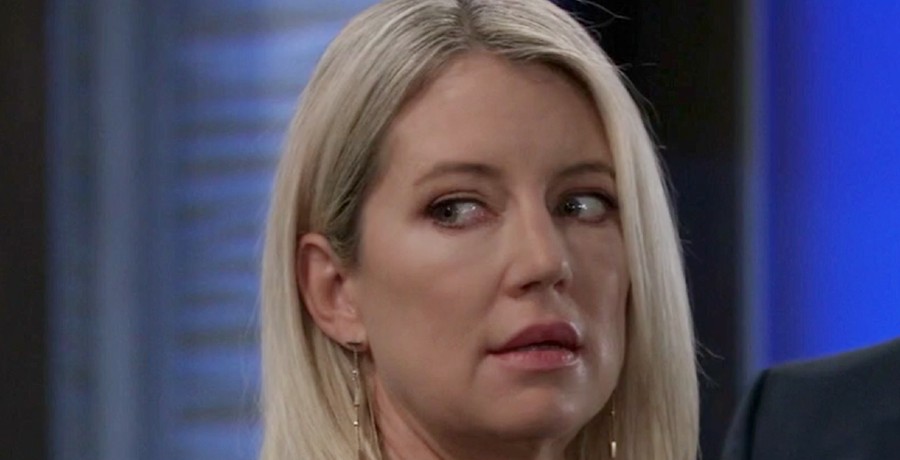 As Carly (Laura Wright) decides that she and Jason (Steve Burton) must move ahead with their wedding plans as soon as possible (we’re sure Jason is thrilled as he looks like this entire thing is his worst nightmare), Sonny (Maurice Benard) decides to live life to the fullest in Nixon Falls. Lenny’s death clearly had an effect on him and it’s a bigger effect than Nina (Cynthia Watros) ever dreamed of. Will ‘Mike’ soon decide he wants to learn about his past?

Meanwhile, Carly has even more tasks for Jason to do. Deal with Jax (Ingo Rademacher), she tells him. He’s been complaining too much about her doing things to put their daughter in danger. However, Jax may have a point and cause more trouble for Carly than she bargained for.

Who Is Anthony Davis’ Wife? The Two Married at a Star-Studded Wedding

Ewan McGregor teases ‘Obi-Wan Kenobi’ at Emmys: ‘It will not disappoint’