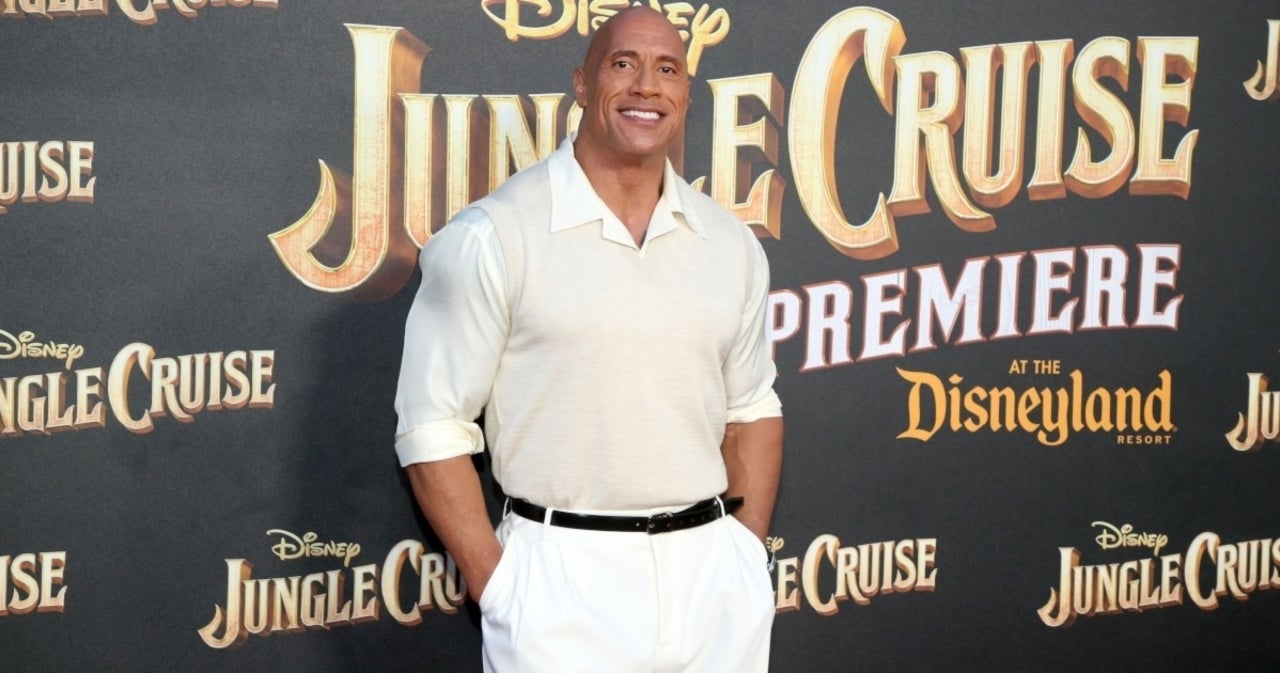 Dwayne ‘The Rock’ Johnson is on “team shower.” After Jake Gyllenhaal admitted he doesn’t shower often and Mila Kunis and Ashton Kutcher do not bathe their children unless they can see dirt on their skin, the Jungle Cruise star confirmed on Twitter that he has to shower at the start of each day. He also showers after his workouts and when he gets home.

On Friday, a Twitter user noted how she and her co-workers talked about how celebrities recently began talking about their showering habits. They decided that Johnson “can’t possibly be one of those stinky ones” and they “would all be weirdly heartbroken to find out otherwise.” Johnson, 49, assured his fan and everyone else that he does shower often.

Nope, I’m the opposite of a “not washing themselves” celeb.
Shower (cold) when I roll outta bed to get my day rollin’.
Shower (warm) after my workout before work.
Shower (hot) after I get home from work.
Face wash, body wash, exfoliate and I sing (off key) in the shower 🧼 🎶 https://t.co/iE6ZPhrthL

“Nope, I’m the opposite of a ‘not washing themselves’ celeb. Shower (cold) when I roll outta bed to get my day rollin’,” Johnson wrote. “Shower (warm) after my workout before work. Shower (hot) after I get home from work. Face wash, body wash, exfoliate and I sing (off-key) in the shower.”

During the July 19 episode of Dax Shepard‘s Armchair Expert podcast, Kunis and Kutcher kicked off the bathing debate by admitting that they do not bathe their children Wyatt Isabelle and Dimitri Portwood on a daily basis. They only bathe them when they can see dirt on their bodies. Shepard, who is married to Kristen Bell, agreed with the two stars, shocking Armchair Expert co-host Monica Padman. Shepard told Padman she “should not be getting rid of the natural oil on your skin with a bar of soap every day.”

“I wash my armpits and my crotch daily, and nothing else ever,” Kutcher said of his own bathing habits. “I got a bar of Lever 2000 that delivers every time. Nothing else.” He said he only rinses his face with water after a trip to the gym and does not use soap.

Gyllenhaal stepped into the debate in a new Vanity Fair interview. “More and more I find bathing to be less necessary, at times,” the actor explained. “I do believe because Elvis Costello is wonderful, that good manners and bad breath get you nowhere. So I do that. But I do also think that there’s a whole world of not bathing that is also really helpful for skin maintenance, and we naturally clean ourselves.”

The idea that you do not need to shower every day with soap is rooted in the idea that this will strip your body of essential oils. “It’s the hardest thing to get people to use soap only where they need it,” Dr. Casey Carlos, assistant professor of medicine in the division of dermatology at the University of California San Diego School of Medicine, told Today.com in 2015. Carlos suggested only using soap in necessary areas, like armpits, feet, and the groin area. “People don’t realize that the skin does a pretty good job of cleaning itself,” Carlos said, adding that showers should not be too long and you should moisturize after showering.

Is Tory Lanez going to jail?