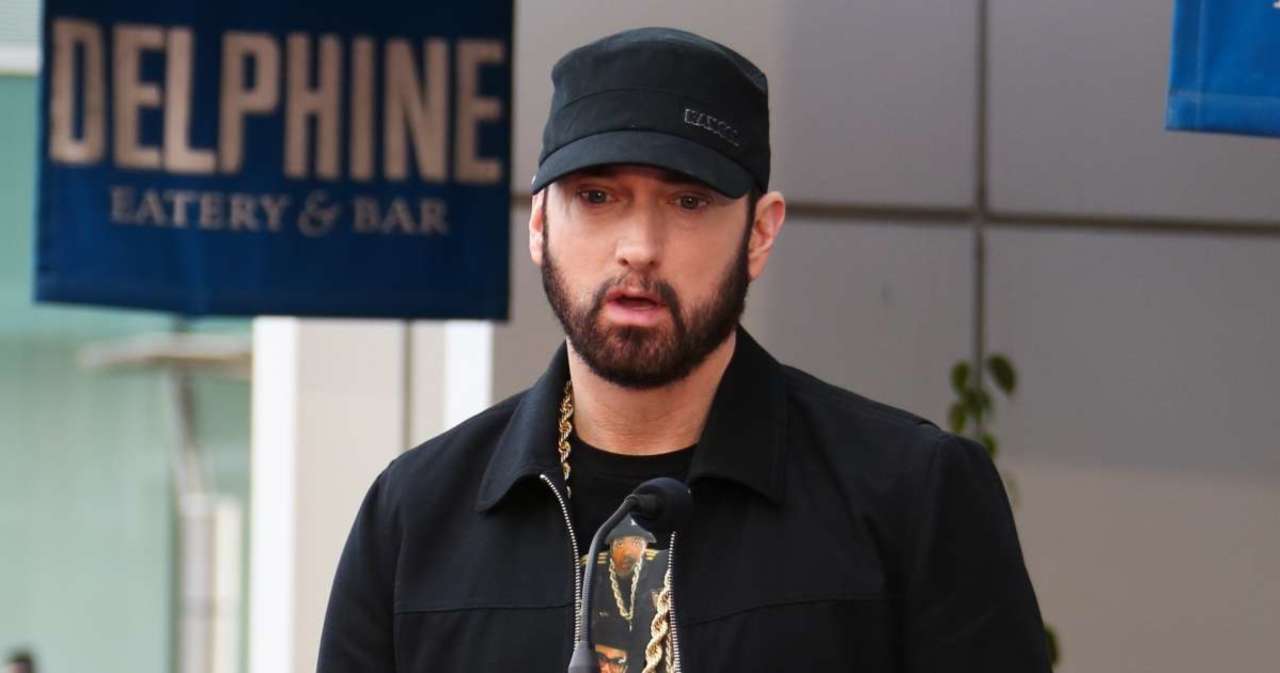 Eminem’s daughter, Whitney Scott, came out as non-binary in a recent TikTok video, revealing that they have changed their name to Stevie. The 19-year-old previously came out as bisexual in 2017. Stevie is the biological daughter of Eminem’s ex-wife Kim Scott and the late Eric Hartter. Eminem adopted Stevie in 2005 before he and Scott divorced in 2006. Eminem and Scott are also parents to Hailie Jade Mathers, 28. The rapper also adopted Alaina, 28, the daughter of Scott’s late twin sister Dawn.

Earlier this week, Stevie shared a video on TikTok that showed themselves through the years. “Watch me become more comfortable with myself,” Stevie wrote. As images of Stevie throughout the years are shown in the clip, they also showed changing pronouns under their name. In the last picture, Stevie wrote that “all” pronouns will work for them.

Stevie earned support from many of her followers on TikTok. “Please please ignore the haters in these comments Stevie, you are a wonderful human being,” one person wrote. “I love this, I’m happy for you,” added another. One fan asked Stevie why they chose that name. “I spent a long time trying to pick a name I felt comfortable with and the first name I felt comfortable with is Stevie,” they replied.

Stevie appears to have their family’s full support as they used their new name in the recent obituary for Scott’s mother, Kathleen Sluck, reports The Sun. “Kathleen was an exceptional mom to her two daughters; Kim and Dawn; and was overjoyed to become a grandmother to her grandchildren; Alaina, Adam, Hailie, Stevie, P.J., and Parker,” the obituary read. Sluck died on July 23 at age 65.

After the obituary was published, Stevie posted a TikTok video recreating a conversation they had with someone who told them Eminem is not their real dad. She then turned to suggest Eminem would tell them he is their dad. “Gets sent an article of my biological dad’s death and shows my grandma,” they wrote. Stevie then suggested that their grandmother told them, “I’m sorry they wouldn’t tell you about him.”

Earlier this week, TMZ reported that Scott was hospitalized after a reported suicide attempt. Law enforcement sources told the site police and EMTs responded to a report of a suicidal person at Scott’s Michigan home on July 30, just days after Sluck’s death. When deputies arrived, Scott was allegedly combative with deputies and paramedics were unable to check her vitals. She allegedly cut herself, as “Several small lacerations” were seen on the back of her leg and blood was on the floor, sources told TMZ. Scott was rushed to the hospital for medical and psychological evaluations. She was later released from the hospital, but it is not known if she is still being treated for injuries.

This Is What Really Causes Bunions

How Old Was Leonardo DiCaprio During The Titanic?