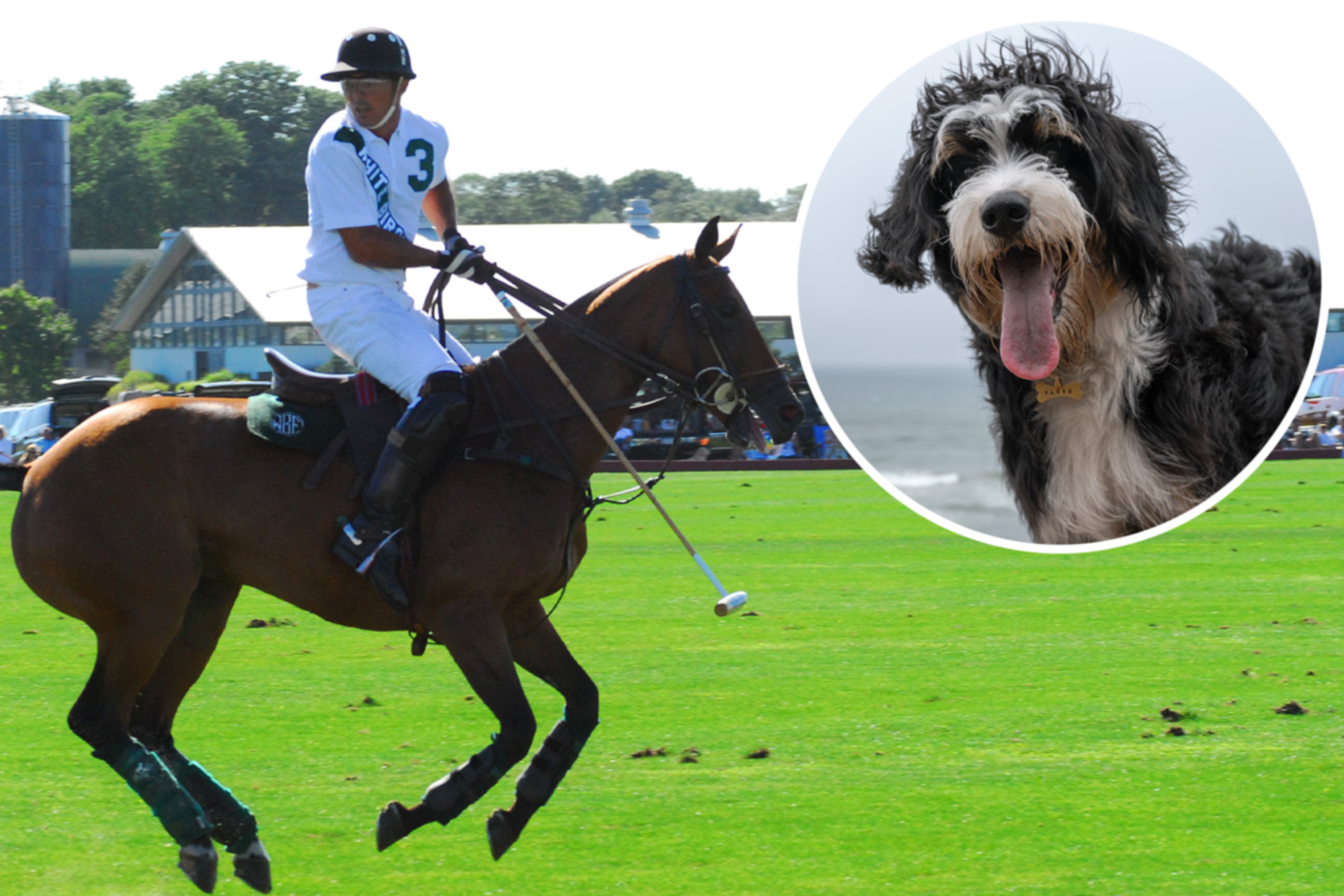 Hamptons polo has gone to the dogs!

A source tells us that socialite Eugenia Bullock’s pooch ran onto the polo field, causing a commotion during a private exhibition match at an estate in Bridgehampton owned by philanthropist Maria Fishel and her husband, Ken, the CEO of Renaissance Properties.

“They were playing the national anthem and both teams were on the field,” says a spy. “Everyone has their hand on their heart when poor Eugenia, with her dog on an Hermes leash in a beautiful huge hat and long dress… [it] just took off and went right off her hands. He dashed out onto the field. Luckily, play had not started yet.”

We’re told the canine culprit is a Bernedoodle — a designer mix between a poodle and a Bernese mountain dog — named Sebastian, and that he is “normally a very well behaved good boy.”

“It held things up for about three or four minutes,” says the spy. “The anthem stopped while Ken Fishel, who’s hosting the party, runs out and Eugenia’s boyfriend runs out and several other people. Finally, the dog got tired and her boyfriend was able to corral the dog and catch the leash.”

Luckily for the mutt, “Polo went on. People found it absolutely hysterical,” says the spy. “Ken thought it was funny.”

“People were clutching their champagne glasses and drinking to deal with the drama,” joked the source. “At least [polo regulars] Prince Harry and Nacho Figueras weren’t there.”

Eugenia is the daughter of Jana Bullock.

What is Ariana Grande’s salary for The Voice?