THE supermodel Linda Evangelista declared at the height of her powers she didn’t get out of bed for less than $10,000 a day.

This week she said she had been suffering a “self-loathing” so severe it turned her into a recluse.

The cause of her misery was a rare reaction to CoolSculpting, a procedure that freezes and kills fat cells, which are then ejected from the body via the liver.

Sounds disgusting, I know. But, full disclosure, I have had the treatment and, thankfully, had nothing but a good result.

Immediately afterwards, the fat that has been frozen looks like a block of butter, which is slightly alarming.

Mine went down and dispersed. But Linda seems to be saying hers has stayed firmly in place, leaving her “deformed”, she claims, and “permanently disfigured”.

Along with two failed attempts to fix the botched treatment, this led to her feeling “the lowest depths of self-loathing”.

The treatment itself is not pleasant. But it is easy to tell yourself the result will be worth it.

That goes for other “tweakments” I have had over the years — among them numerous laser facials, including things such as Fraxel, which feels like elastic bands being pinged across your face.

Almost always, in the middle of a treatment, I ask myself why I am having it.

I don’t want to look 32 either, so I steer away from the Botox and fillers.

But I want to look the best version of myself, perhaps fresher than I feel most days.

I am far from alone.

Millions of people have had Botox. And guess what? Ninety per cent of them are women.

Should that surprise me? It doesn’t. Even the most beautiful women in the world are not exempt from obsessing about their looks.

There is this fixation about looking young and thin, and it is not only Love Island wannabes. It includes smart women old enough to know better.

There is pressure on all of us to look good or look better.

This is not just about looking good on Instagram. It applies to real life, too.
Women are valued according to how we look and how slim we are.

That toxic mentality remains deeply rooted in society and is very harmful.

While having these treatments, few of us think about the side-effects — the droopy eyebrow, the pillow face or, even worse, blocks of frozen fat on your body.

Linda is proof you can have treatment and not achieve the results you were looking for.

If something goes wrong, knowing it was self-inflicted will only add to the misery — piling on remorse and, as Linda says, self-loathing.

For supermodels, that pressure to keep looking good is intensified.

Poor Linda was born beautiful. Her career was based on her looks.

The results, therefore, feel catastrophic — more so than it might for you or me.

After five years of hiding away, how brave of her to talk about it now.
There is no doubt that women in their fifties are having a moment.

Some of Linda’s contemporaries are enjoying the fact that they look almost better than they did when they were in their supposed prime.

I predict she is about to have a moment too — in which people applaud her bravery for speaking up, not just her looks.

Linda has decided to sue the practitioner behind the treatment for $50million.

If she wins, I hope the money makes her feel better.

I WAS shocked by the news about primary school teacher Sabina Nessa, who was murdered during a five-minute walk through a park.

She was on her way to meet someone for a drink.

It is a terrible reminder, as if one were needed, that women are not – and do not feel – safe when they are literally just walking down the road or through a park, often in daylight.

Officers investigating the death of the 28-year-old said she left her home in South East London and walked towards a nearby bar. Somewhere along the way, at 8.30pm last Friday, she was attacked.

Her body was found the next day hidden under a pile of leaves. Reports have suggested her attacker was a stranger.

I am so sorry for Sabina’s family. This is truly tragic.

I am also so sorry for the children who she taught. Imagine explaining to those children that their teacher has been murdered.

The answer is not to issue women with personal attack alarms, as Greenwich Council has done to 200 local women. It is not about preventing women from walking around alone at night.

It’s about stopping men who attack women who do walk around alone at night.

I  KNOW people love looking at the photos of freshers’ week carnage and judging all the new students on their terrible behaviour.

And, yes, it is no doubt true that some bad and drunken conduct has probably happened over the past couple of weeks.

But I am just so happy these young people are able to be at university in person and have a bit of fun (if you call getting so drunk you vomit on yourself fun, that is).

Freshers’ week – and all the clubbing, drinking, dancing . . . and vomiting that goes hand in hand with it – is a rite of passage.

And one that has been denied to young people for the past couple of years. I hope they had a blast, although I bet they don’t feel great this morning.

READING about actress Cush Jumbo explaining why she didn’t want to bring up her child in America made me think about how brilliant it is that female celebrities’ voices are being heard in a way that was not happening even a decade or so ago.

This week, to highlight the draconian new abortion law in Texas, and to call for it to be lifted, Uma Thurman revealed she had an abortion as a teenager.

Taylor Swift, who won a civil case against ex-DJ David Mueller – he put his hand under her skirt and grabbed her bottom during a pre-concert photo in 2013 – said she was fighting the case not just for herself, but for all women who are victimised and who do not have the power that she has to speak up.

There was a time when women who spoke out to promote equal rights and opportunities were considered fanatics.

Women have achieved so much since then – speaking out, being heard and having their contributions valued and respected, which is good because they have so much to say.

There are countless women across the world who are not allowed to speak, who live under male guardianship from birth. Saudi Arabia, Qatar and Afghanistan, for example, do not allow women to be free to live their lives how they choose.

Women who are in a position to speak up must always remember how lucky they are – and always use their voice when they can.

CBeebies is a breath of fresh air 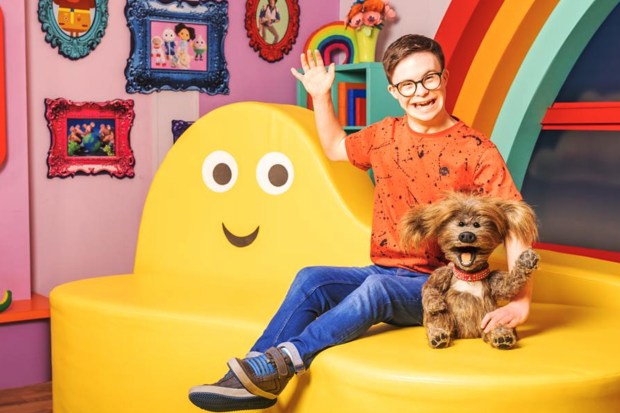 I LOVE the fact the BBC has taken on a young CBeebies presenter with Down’s syndrome.

George Webster, 21, made his debut on Monday and seems like a natural, a real breath of fresh air.

Afterwards, George said: “I just felt really positive and excited and happy to get going. I think there needs to be a lot more representation because we are people, too. Even though we are different, we need to be treated equally.”

I could not agree more.