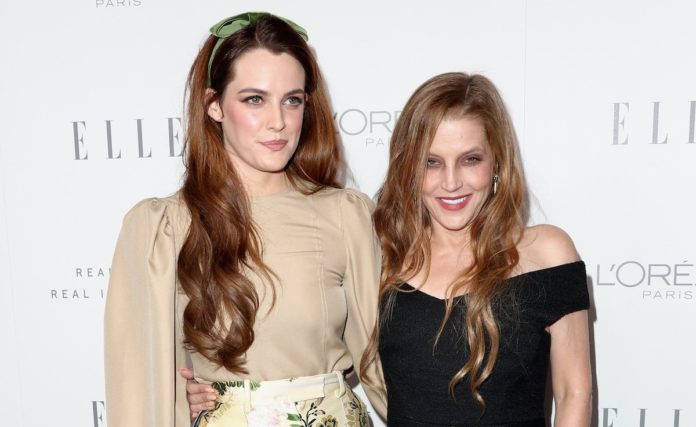 Is Lisa Marie Presley worrying her friends with her recent appearance? One tabloid claims the singer’s health has taken a dark turn. Here’s the latest on Elvis’ daughter.

This week, OK! reports Lisa Marie Presley is struggling to get through the holidays this year. The singer tragically lost her son, Benjamin Keough, last year, and this Christmas will be her second one since his passing. Presley’s loved ones can’t help but worry about her this season. “The truth is, she’s suffering right now,” an insider dishes. “She carries the heartache every day and can’t help but feel sad this time of year.”

To make matters even more difficult, Presley is “still processing” her divorce from Michael Lockwood. After cutting ties with the musician, Lockwood requested primary custody of their twin daughters out of fear that Presley would relapse after losing her son. And now, Lisa Marie is facing a holiday season without many of the people she loves.

But Presley still has her daughter Riley Keough, and she’s not going to let her mother sulk around this Christmas. Apparently, Riley is planning to take her mom to her childhood home in Memphis. “Graceland always soothed Lisa Marie’s soul before,” the tipster explains, “And everyone hopes that walking around the rooms her father loved will bring her comfort.”

This report is just gross and exploitative. Sure, special days like birthdays and holidays are often difficult after someone close to you has passed away. It doesn’t take any kind of “insider” to tell you that. We’re sure Presley has a lot on her mind this season, that’s only natural. That being said, we have no reason to believe the singer’s health is in crisis or that she’s at risk of relapse — despite the tabloid’s strong implications otherwise. The publication is obviously just trying to exploit Presley’s personal tragedies to sell magazines, and we’re not here for it.

As for Keough’s holiday plans, we have no idea if a Graceland gathering is in the cards this year. While Graceland serves as a museum for most of the year, there have been rumors that Presley prefers to return to Graceland for Christmas. People have even said that the singer hosts a holiday meal in the dining room using her own special china. So, it’s totally possible that Presley wants to visit Graceland for Christmas. We simply have no way of knowing, and neither does the tabloid.

Other Bogus Stories From The Tabloid

It’s hard to trust these sorts of stories from OK!. Last year, the magazine claimed both Priscilla and Lisa Marie Presley planned to move back to Graceland. And the outlet also has a bad habit of spreading rumors about celebrities’ health. Not long ago, the tabloid alleged Carrie Underwood was scaring her husband with her fitness obsession. The publication even reported Celine Dion was starving herself on a diet of “fruit and crackers.” Clearly, OK! isn’t reliable when it comes to these matters.