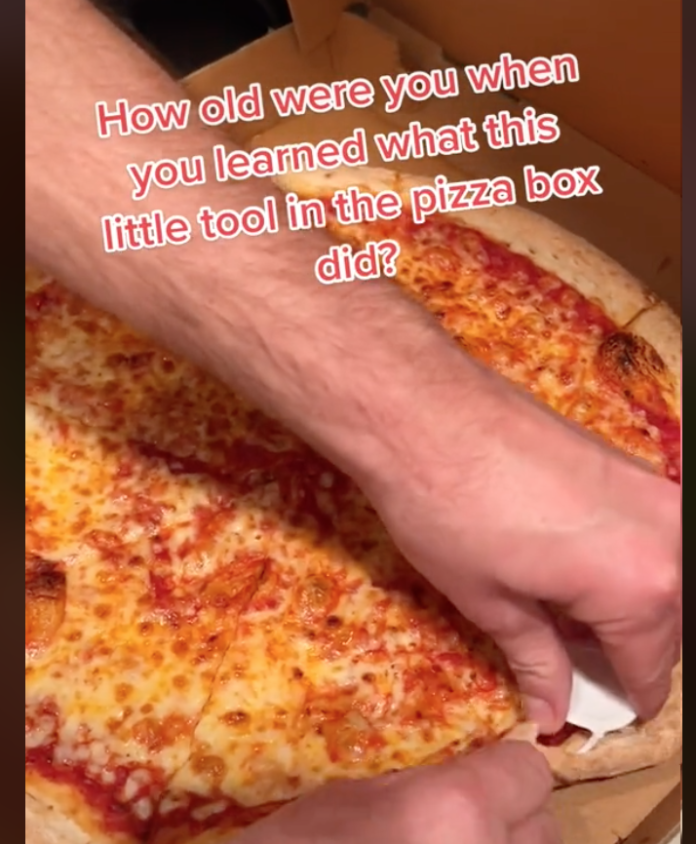 Is there a correct way to cut pizza? According to one food blogger there definitely is.

Breaking apart the slices of a full pie can result in a total cheesy mess. Not only is it awkward but it’s slightly gross to be putting your hand across several pieces in an effort to grab just one slice.

But it looks like our woes might be coming to an end thanks to one food blogger who shared that there’s actually a much easier way to tear apart your pizza slices.

TikTok user @eatmorebmore revealed a hack that includes using the small, white table that usually comes atop your pizza to separate the slices.

“How old were you when you learned what this little tool in the pizza box did?” read the text overlay in the video.

As it turns out, many people had mixed emotions about the so-called hack the food blogger revealed, with some people pointing out that the tiny white table actually had a completely different purpose.

“I mean it works for that, but so does pulling the slices apart. That thing is so the top of the lid doesn’t touch the pizza in transit,” wrote one person.

Sign up to our new free Indy100 weekly newsletter

Many agreed with the above sentiment with one person saying, “It ain’t for that. Points for creativity though.”

Another excited TikToker wrote, “Wow just learned it now I had no idea.”

“I was today years old,” one person added.

One person even joked, “I thought that little table for the roaches to join you.”

Whether or not the white table is meant for this is debatable, but one thing’s for sure, we’ll never be able to look at it the same way again.