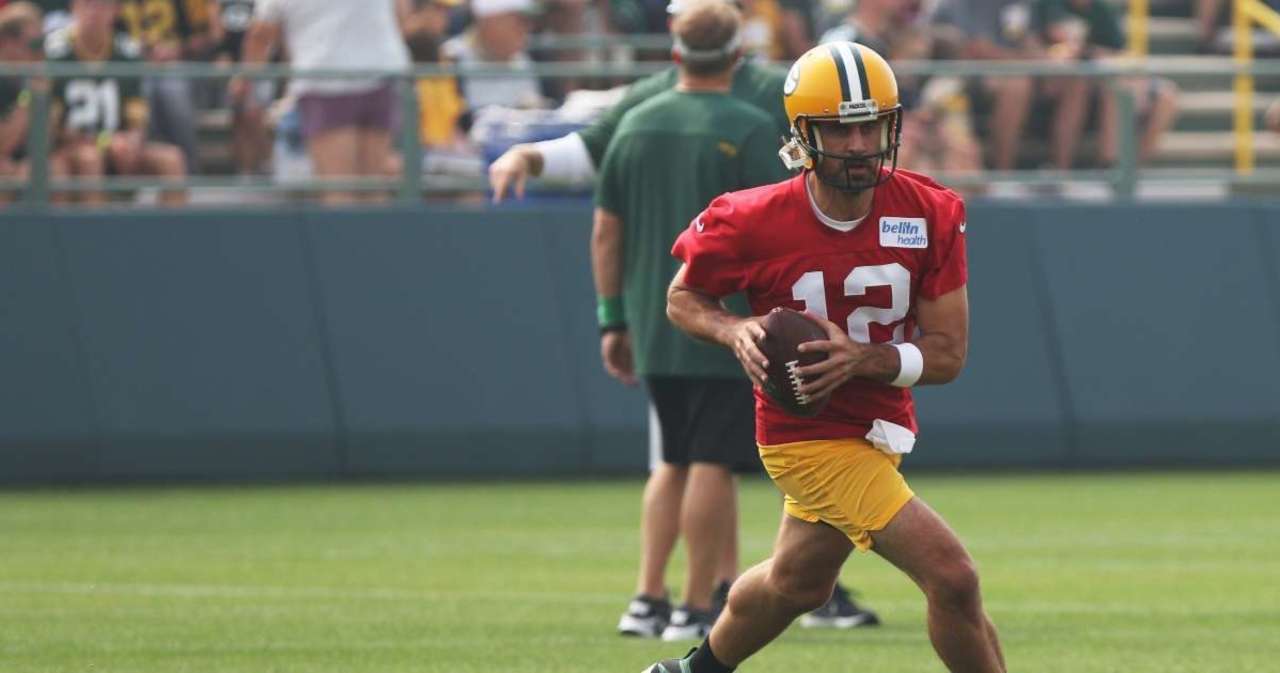 Aaron Rodgers is back with the Green Bay Packers this season, but that may not be the case in 2022. Former Packers defensive back Will Blackmon recently spoke to TMZ Sports about Rodgers as he played with him for four seasons (2006-2009). Blackmon predicted that Rodgers will play for a new NFL team by this time next year.

“Next year,” Blackmon said, “Aaron Rodgers will be a New Orleans Saint.” Rodgers recently signed a new contract that makes him a free agent after the 2022 season. However, if the three-time NFL MVP wants to leave after this year, it’s likely the Packers can make that happen. And with the Saints being in a different division than the Packers, it’s very possible Rodgers could be in the New Orleans next year.

“I can see Aaron Rodgers being a New Orleans Saint next year,” Blackmon said. For this season, the Saints will go with either Jameis Winston or Taysom Hill as their starting quarterback. Drew Brees was the Saints starter for 15 seasons but retired earlier this year. If the Saints struggle at the QB position, head coach Sean Payton could make a run at Rodgers. And with the Saints playing in the NFC South with Tom Brady and the Tampa Bay Buccaneers, NFL fans could see Rodgers vs. Brady twice in 2022.

“I think there was a lot of things that transpired, this wasn’t a draft day thing,” Rodgers said. “This started with a conversation in February at the season ending and I just expressed my desire to be more involved in conversations that directly affected my job. Also, I wanted to help the organization maybe learn from them some of the mistakes in the past, in my opinion, about the way that some of the outgoing veterans were treated. And just the fact that we didn’t retain a number of players that I felt like were core players to our foundation, our locker room, high character guys.”