This Thursday, UEFA announced that they will be introducing a new continental tournament at club level. It’s going to be named  UEFA Conference League.

The new continental tournament will begin as soon as the next season and it will be considered the third European competition, behind both the UEL and the UCL.

This is great news for football fans. More teams will have the chance of attracting new sponsors, and fans will have more games to watch at home. Author Kate Richardson searched about the new league and created an article to explain who the Conference League will work.

Number of teams that will be allowed to play

The Conference League will count with a total of 184 clubs, which will come from the most different countries around Europe. Of course, during the group stage, this number will be smaller, getting to just 32 European clubs.

Good news is that clubs that were eliminated from the CL playoffs and also from the UEL  will have the chance to play the so-called CL 2.0 in order to keep on playing in European competitions.

It’s a huge opportunity to keep on watching your favorite team play more than just the national leagues.

How will clubs qualify for the knockout stage

32 clubs will be allowed into the group stage. There will be 8 groups, and which 22 clubs will be drawn from the playoffs of the CL 2.0 and the other 10 will be those clubs who got knocked out of the UEL playoffs.

Group leaders will be guaranteed in the next stage, while second places will have to go through another playoff round in which they will meet the third places of the UEL groups. The winners from these clashes will join the other clubs to form a round of 16.

After that, the confrontations will happen just as in the other UEFA competitions. Until the big final between the two best clubs in the CL.

Which countries will have teams playing this new League

Basically, all the countries in Europe will have the chance to play this new continental competition. It means that the big ones, such as England, Spain, Germany and more will also have qualified teams for the competition.

The new thing about the Conference League is that the champions of national cups will have a place guaranteed on it, something that didn’t used to happen in Europe. For example, winning the Carabao Cup in England will guarantee the team a place in the playoffs of the Europa Conference League.

Apart from that, the sixth or fifth place of the most common leagues (like the Bundesliga or the Ligue 1) will also have a guaranteed place in the playoffs.

Smaller leagues will have places in early stages of the Conference League and they can qualify to the competition through their national league or national cup.

When and where the final will happen

If everything happens as the UEFA expects next year, the final of the first Conference League will happen on the 25th of May, 2022. The competition will start at the beginning of the 2021 season, happening at the end of 2021 and at the beginning of 2022.

The final is expected to happen in Albania and it shows that the Conference League will probably choose countries that usually don’t appear that much on European competitions to host its finals. The match will be played at Tirana’s National Stadium, in the capital of the country.

Since the 1998/99 season, UEFA didn’t have a third competition for clubs inside the continent and the creation of the Europa Conference League can bring many good things for football in Europe.

More clubs will have the opportunity of participating in continental competitions and that will probably increase their income. For the players, it is also amazing news, as those who play in smaller clubs or leagues will have the chance to show their football and call the attention of bigger teams. And for the fans, it will mean more matches to watch, more teams to know and a lot more excitement with interesting games.

And of course that those who like to place bets on football will find a new competition to make their wagers. The Europa Conference League will probably be available in any betting companies in Kenya, allowing bettors to make their bets and win some good money.

All you have to do is search for a good bookmaker, make your analysis and start betting. 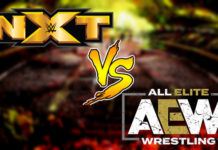 IPL Auction 2020 Live Stream in India: When and where to watch online IPL 2020 Auction?