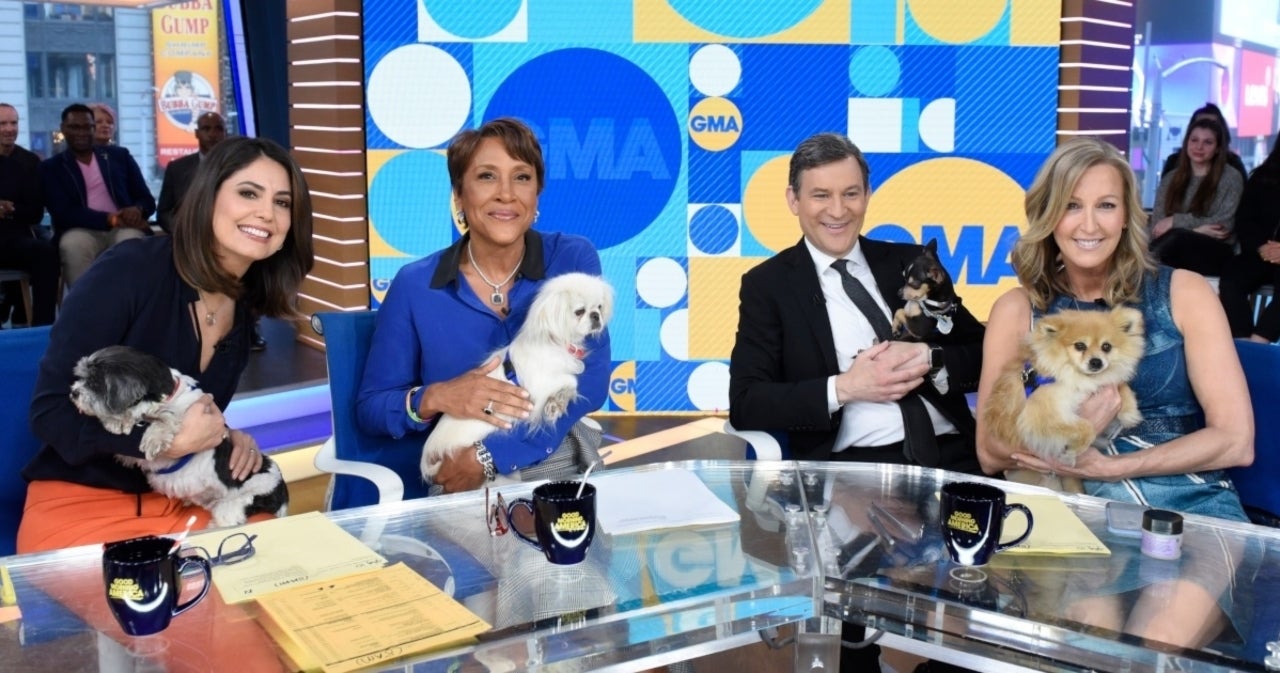 Journalist Dan Harris surprisingly announced on Sunday he is leaving Good Morning America‘s weekend edition after 21 years at ABC News. The decision inspired an outpouring of support from GMA viewers, who were sad to see him go. Harris, 50, plans to spend his time working on his 10 Percent Happier meditation app and podcast, inspired by his 2014 book 10% Happier: How I Tamed the Voice in My Head, Reduced Stress Without Losing My Edge, and Found Self-Help That Really Works – a True Story. Harris plans to stay on Weekend GMA for the next two months.

“I am going to be leaving ABC News in two months. This was a difficult decision for me,” Harris said during Sunday’s broadcast. “As some of you may know, I’ve been spending a lot of time on my extracurricular gig, my side hustle, a meditation company called 10 Percent Happier. Even though I’m a public proponent of work-life balance, if I’m honest, I’ve struggled to follow my own advice.”

Harris asked ABC News to let him out of his contract early to focus on 10 Percent Happier. He is “super grateful” that his bosses agreed. “I love ABC News. I’ve been here for 21 years. I became an adult here, although some of my co-hosts may dispute that,” Harris joked. “In particular, this show, Weekend GMA, has been one of the highlights of my life … I really do love these people and I’m going to miss them horribly.”

As sad as I am to see you say Goodbye, I am happy for you 😊 & the next chapter of your career 🤗 a surprise indeed but we still have the next 2 months to enjoy your funny wit & your charming sense of humor 😉 you will be missed for sure Dan💕

Harris was born in Newton, Massachusetts, and began his broadcasting career at WLBZ in Bangor, Maine. He also worked in Portland, Maine before joining New England Cable News. In 2000, he joined ABC News and has appeared on almost every one of the network’s shows, including Nightline, ABC World News Tonight, and Good Morning America. He also hosted the second season of ABC’s 2015-2016 500 Questions game show.

Your sports reporting will especially be missed! 😂

Outside of his work as a journalist, Harris has been an advocate for medication. In 2014, he published 10% Happier and released an app designed to help skeptics learn the power of medication. Harris got interested in meditation after suffering a panic attack during a 2004 GMA broadcast.

Sad news. I like @danbharris 😭💔The happy news is (I should know) that there is life after @ABC even though you may have newsy withdrawals for a little bit. Focus on the @10percent happiness aspect when you are sleeping in and your old colleagues are stressing out. 😴 🛌 💤

“I’d spent a lot of time in war zones after 9/11—a very vicious young reporter. After several years I got depressed, didn’t know I was depressed, and started medicating myself with recreational drugs including cocaine. I went to a shrink, after the panic attack who asked me if I did drugs, and I told him the truth,” Harris told Forbes in November 2020. “He pointed out that even though my drug habit wasn’t spectacular—I wasn’t high on the air, wasn’t using every day and it was intermittent and short-lived. But it was enough to raise the level of adrenaline in my brain and make it more likely for me to freak out. So that panic attack ultimately landed me into meditation many years later. At first, I was skeptical—very, very, very skeptical.”

Congratulations Mr.Harris,
Your interviews on tenpercenthappier are wonderfully enlightening!
And the GMA program has developed into a delightful blend of news, fun and love.
You are one of the best examples of a good person in the world today.

As someone who was skeptical about meditation at first, Harris had some helpful hints for those who remain skeptical. “One is take a cursory glance at the science, which strongly suggests that small doses of daily meditation can lower your blood pressure, boost your immune system and literally rewire key parts of the brain that have to do with self-awareness, focus, stress, and compassion,” he told Forbes. “It’s very compelling. The other thing I’d say is it doesn’t require a massive time commitment.”

Dan, I have enjoyed watching you on GMA weekends. You will be missed. I feel bad for your replacement…he/she has some large shoes to fill.

Harris also shares inspirational quotes on his Facebook page, where many have noted how he will be missed at GMA. “You will be incredibly missed on GMA Weekends, and I am quite sad about the change. I know that is a selfish thought,” one fan wrote on Facebook. “You have done so much to raise awareness for mental health while on GMA. I know you have your reasons, and I honor those. Please know how much you will be missed. I do listen to all of the podcasts and use the meditation app on a daily basis. Thank you.”

This is such SAD news!!!! @ABC is losing a wonderful journalist and an engaging, funny weekend anchor. #heartbroken Best wishes to you Dan!

“You will be missed on ABC and really on GMA weekends,” another fan wrote on Facebook. “Looking forward to more podcasts.”