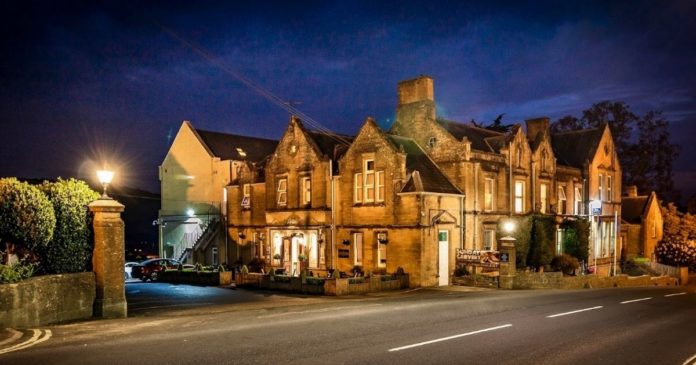 The building has also experienced people being touched in the kitchen and cellar, phones ringing reception from unoccupied rooms and sightings of the previous hotel owner.

The lead investigator and event organiser of SPI UK said they approached the hotel to ask about paranormal activity on the site after experiencing “a few odd things” on their premises.

The SPI UK lead investigator said the hotel manager described the history of paranormal activity at The Shrubbery Hotel, which included “several” sightings of a cavalier in the dining room, disembodied voices and the sensation of being touched in the kitchen and cellar.

The event saw attendees split into teams and investigate areas of the hotel for “unknown activity”.

The SPI UK lead investigator said: “We use scientific equipment, and some of the older methods to investigate.”

She reported that the group experienced interference on their walkie talkies, which was “mimicking the team’s voices”.

She said: “Everyone in the group heard our own voices come through asking for other team members when we were clearly standing on camera not touching the walkie talkies.”

To stay up to date with all the latest news, make sure you sign up to one of our newsletters here.

They also heard “disembodied males voices” calling out the name ‘Elizabeth’, which was reportedly the name of the first owner’s wife.

Attendees also reported having their hair pulled upwards, touches, and whistling was heard in the building.

Most of the SPI UK team members said they have previously experienced paranormal activity and joined the group “to learn more and to try to find answers to things that they couldn’t explain”.

It comes after a paranormal investigator said he has seen the infamous Black-Eyed Child — and has been called a ‘real-life ghostbuster’.

Lee Brickley, who hunts ghosts and writes books on them for a living, claims he has been having experiences with strange and shadowy figures since he was a young boy.

Writing in The Mirror this week, he revealed that he encountered the infamous creature, which is said to take the form of an infant with blacked-out eyes, in an area of Cannock Chase in Staffordshire, which is said to be the most haunted town in the UK.

He reports that the spooky figure appeared about a hundred metres in front of him, stared directly at him ‘”or about thirty seconds”, and then “vanished without a trace”.

Lee appeared on This Morning back in 2014 to discuss the sighting and stories with Eamonn Holmes, who likened him to a real-world version of the famous team from the hit 1980s blockbuster Ghostbusters.

In the recent piece, he also alleges to have witnessed a ‘man-monkey’ running through the woods while investigating an alleged Bigfoot footprint.