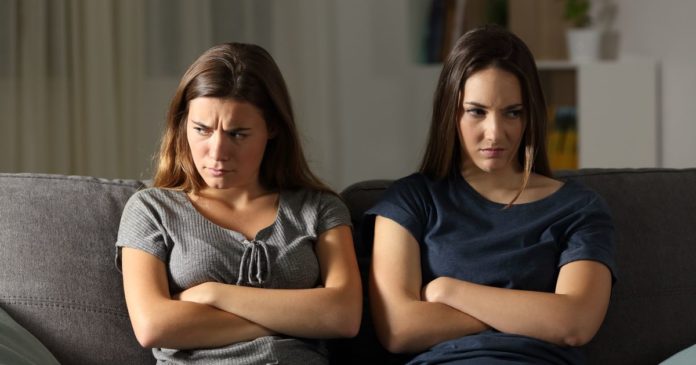 A woman has revealed how she started a family row after she changed her Netflix password.

Posting on Reddit’s Am I The A**hole subreddit, the woman explained that her sister asked for her Netflix account details a few months ago for her boyfriend, as she uses her friend’s account.

This wasn’t a problem, the poster said, as he’d created his own profile so as not to interfere with what she was watching.

However, a few days ago, the whole family were having dinner at her sister’s house when she started making fun of the “stupid shows” she watches after she admitted she’d taken a look at her account.

She said: “I asked her how she even knew what shows I watched and she admitted to using her boyfriend’s account to snoop through my account.

She got her own back
(

“I told her this was not okay and I don’t want her going through my preferences and then going so far as making fun of me for it, and I changed the password to the account.

“She called me yesterday, yelling about how I had no right to do that and calling me a b****.

“Now admittedly I do feel a little bad because her boyfriend technically didn’t do anything wrong.”

She concluded her post by asking whether she was unreasonable for changing the password, but the majority of people were on her side.

The top comment with over 4,900 upvotes states that although the boyfriend did nothing wrong, her sister “abused” her login information. They added: “It’s a privilege, not a right, and you had EVERY right to change your info.”

Another wrote: “Screw that. You want to call me out and embarrass me in front of the family? Then you can’t have my login information. Grow up.

“Also, I might feel a little personal about this, because I just cut my younger sister off my Hulu and Netflix for being an a**. You insult, you don’t get to have the privilege.”

A third commented: “You were doing her a favour essentially by allowing her boyfriend to use your account. She has no right to demand what you do with your account. It’s yours, she (nor her bf) pay to use it. She is so entitled and rude.”

Someone else wrote: “I bet the bf understands completely. Sister can learn.”