I struggled with my mental health when I was pregnant… it’s scary not feeling in control, says Alesha Dixon

ALESHA DIXON has revealed she almost burnt out with mental health problems while filming TV’s The Greatest Dancer at eight-months pregnant.

In her most personal interview to date, the mum of two, who was expecting her second baby at the time while being mother to Azura, then five, told how she would lock herself in the bathroom and cry with exhaustion while filming the BBC1 show.

She told The Sun: “I was filming The Greatest Dancer in high heels right up until I was eight months pregnant.

“I was working hard and looking after another child at the same time.

“It was overwhelming and I would have moments when I felt really down and was really struggling but didn’t really know why.

“I think a lot of women can relate to locking themselves in the bathroom and having a little cry.”

Alesha, 42, decided to open up about her mental health battles after being inspired by sports stars Naomi Osaka and Simone Biles.

Both women pulled out of their respective sports — tennis and the Olympic gymnastics — because of their struggles.

Former pop star Alesha said: “It can be really confusing being pregnant, because on the one hand you are joyful, excited and happy to be having a baby, but then your hormones and your emotions are saying the opposite.

“It’s like you don’t have control of your emotions and feelings, which can be scary.

“Your emotions get the better of you but then you have to dust yourself off, put on a smile and get on with your day pretending that everything is OK. It can be hard.

“It is something that only women in that situation will really understand.”

The hard-working Britain’s Got Talent judge has just released her first music in five years.

It’s scary not feeling in control. Like others, I had battles with my own mind

New single War is a personal but positive anthem for anyone struggling with their mental health battles.

She said: “Music has always been like therapy for me.

“It has always been the one thing that, no matter what I have gone through in my life, I can let it out through my writing.

“I am a person who can talk a lot and I do have a lot to say but I am still afraid to open up and be completely vulnerable.

“It is difficult for me, and a lot of other people, to speak openly about things that are personal or deep.

“Music offers me that safe space to speak straight from my heart and be more vulnerable.

“I feel so much more comfortable putting my thoughts and emotions into a song, rather than having a conversation about it.

“Writing music is my therapy and exercise is my release. The two together keep me in a balanced state.”

The former member of three-piece girlband Mis-Teeq hadn’t planned to release new music until next year, but felt inspired to drop War this month following the media frenzy surrounding the mental health battles of sportswomen Naomi and Simone.

Both were little known on these shores until former Good Morning Britain host Piers Morgan publicly criticised them.

But Alesha, who has also been outspoken on racism and women’s rights, defended the two stars.

She said: “I respect anyone brave enough to stand up and do what is right for them and their mental health above all other commitments.

“It is very courageous to say, ‘I know what is right for me and I don’t care about the consequences because I prioritise my mental health’.

“It’s really empowering and exciting that a lot of people have a voice now who didn’t before.

“People are willing to be honest and open and vulnerable and that is really empowering.

“Pregnancy can be an emotional rollercoaster, but we can move into a better place.

“War was inspired by my pregnancy but it is about life in general, really.

“We all go through highs and lows and it’s about how we navigate ourselves through those mental health battles and don’t let them get on top of us.”

She added: “There is so much talk about regarding mental health at the moment and so many people are being transparent about what they are going through, it just felt like the perfect time to put out this song.

“We need to end the stigma because we are all connected to mental health issues and we can all relate. Mental health battles can be small day-to-day battles, it isn’t always huge things like depression.

“That’s what War is about. It acknowledges all those people, including myself, who have emotional warfare.

“What I am trying to say is, all of us at some point feel like we are in a battle with our own mind.”

It has been two years since Alesha gave birth to her daughter Anaya, who is doted on by the telly star and her partner Azuka Ononye, 40.

While Alesha knows how blessed she is, she admits that she struggles to juggle her commitments as a working mum.

She said: “Having a partner who I can talk with and be honest and open with is so important. We are very lucky like that.

“The most damage is done when people hold on to things and bottle them up.

“For me, it has always been really important to be able to talk about things and let them go and move on. I also try to prioritise my mental health and overall wellbeing and fitness.

“I try to meditate, I try to be mindful and present. I read and listen to inspirational self-development books and podcasts.

“There are so many devastating things going on in the world but you have to bring it back to reality, to realise we still have so much to be grateful for.

“I have an amazing family, kids and career. I have so much to smile about — and smiling is the best medicine you can have.”

She has since gone on to become one of TV’s most popular personalities thanks to successful stints on Strictly Come Dancing and The Greatest Dancer.

She won Series 5 of Strictly in 2007 with dance partner Matthew Cutler, and two years later became a judge on the show.

Alesha went on to host The Greatest Dancer in 2019. As well as filming the new series of BGT she has now become an international favourite thanks to judging spots on both the American and Australian versions.

But despite her incredible telly career, the star says that nothing beats music.

She added: “Music and performing has always been my biggest passion.

“I will hopefully be in the studio for the rest of the year then have a finished body of work to put out early next year.

“I now have a lot more to say with my music.

“I want to be an inspiration for my daughters and the best possible role model I can be for them.”

Dance to the top 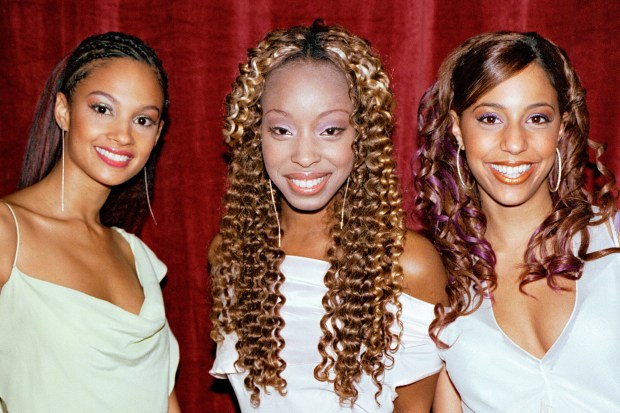 1986-88: Saw her mother suffer domestic violence at the hands of a boyfriend. Alesha’s first job was in Ladbrokes. She planned to go to Loughborough uni to become a PE teacher.

2005-2006: With her career on a high, Alesha married rapper MC Harvey in June 2005. They divorced in late 2006. Her record label dropped her after her first two solo singles failed to hit the Top Ten.

2007: Won Strictly and was at the centre of a record label bidding war before landing new four- album deal.

2013: Pregnant with her first child with her partner Azuka Ononye.

2019: Secured a deal to judge on America’s Got Talent.

The way a person cheats depicts the kind of affair they will have, a study suggests