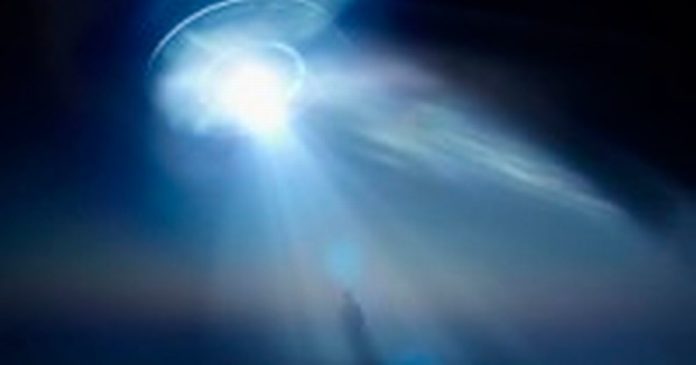 A cult of extraterrestrial believers in the US thought that they would be abducted by a UFO firstly on December 21, and then while they sang Christmas carols on December 24.

The group, known as ‘The Seekers’, were led by Dorothy Martin, a woman who claimed to have an ability to channel messages from distant entities.

Covered in a festive special of the ‘Cults’ podcast, Dorothy’s supposed connection with extraterrestrial matter began in 1954, when she claimed to have been contacted by Sananda, an alien who told her he was an incarnation of Jesus.

Eventually after attending ‘New Age’ events, Dorothy met Charles Lawhead, a physician who worked at Michigan State College, and he spread news of her alleged gift to his extraterrestrial interest group ‘The Seekers’.

As it turned out, Dorothy had three chances to prove her truth to her growing group of loyal followers. None of the opportunities came to pass.

As explained by the podcast’s hosts, Greg Paulson and Vanessa Richardson, Dorothy was first warned in August 1954 that a swarm of aliens were set to descend upon earth and wage war with humanity.

However, after spending a fruitless day in a field waiting for the invasion, Dorothy’s followers weren’t put off from following their leader.

And, later that month, Dorothy was promised by her alien contact that an ancient city would rise from the ocean, causing severe floods and killing millions.

But, the leader promised her followers that they would be saved, and abducted from Earth before they could be harmed.

The date of this supposed prophecy was set for the 21st December, just before Christmas.

“By the second week of December in 1954, Dorothy Martin and her followers were anxiously waiting for the end of the world,” Vanessa said.

Cutting all of the metal out of their clothes – as their leader had strangely requested – the group waited, while no signs of a rapture arose.

Then, in one final attempt at proving her powers, the cult’s leader claimed she had received a final prophecy – the group would be abducted by a flying saucer at 6pm on Christmas Eve.

To stay up to date with all the latest news, make sure you sign up to one of our newsletters here.

“The desperate group gathered outside of Dorothy’s home and started carolling. As the cold air turned their faces bright red… they looked up to the heavens and belted out the tunes,” podcast host Greg claimed.

“She and the rest of the seekers sang like their night depended on it.”

But, when no sign of a space ship appeared, the group’s numbers began to dwindle, marking the beginning of the end for the ‘Seekers’ cult.

While Charles Lawhead continued to advocate for the existence of alien life, Dorothy soon fled to another state and disbanded the group.