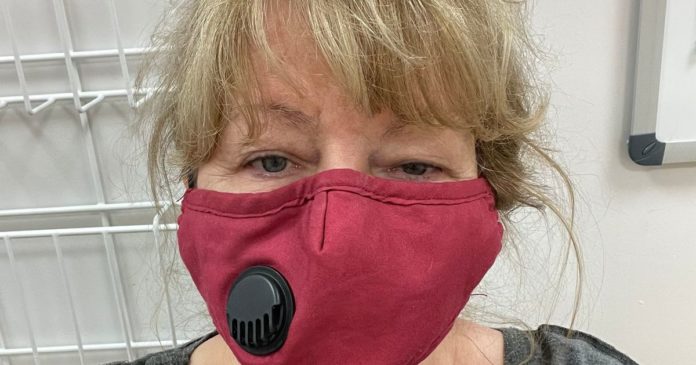 Scots comedian Janey Godley has shared some adorable footage of her being reunited with her little dog Honey for the first time since undergoing major surgery.

Almost two weeks ago, the 60-year-old had a hysterectomy after being diagnosed with ovarian cancer and had been staying with a friend whilst she recovered.

And today, on her Instagram page, Janey shared Honey’s reaction to her arrival back home.

Along side the clip, she wrote: “There is a wee dog so happy to see me come home – she was very excited.”

And fans couldn’t get enough of the heart-warming clip.

One wrote: “As ever, Honey speaks for us all.”

Another added: “Omg what a welcome, nearly had me in tears.”

Whilst one said: “Crying with happiness! What a fantastic welcome home from Wee Honey Doll.”

And another wrote: “No im not crying, ive got something in my eye..”

Despite Janey’s major surgery she has now been diagnosed with Stage 3b cancer which means the disease has spread beyond her ovaries and she will require further treatment.

In a update to her fans last week, Janey said thinking about her diagnosis had caused her to have short panic attacks as she processed the news.

She is currently staying with a friend while she recovers from her operation and said alongside her family she had been unpacking the “big this is cancer stage three parcel”.

If, like us, you love a good dose of celebrity gossip then we’ve got you covered.

From Lorraine Kelly and Janey Godley to Gordon Ramsay and Sir Rod Stewart, our weekly Showbiz newsletter is packed with the latest news on your favourite stars from Scotland and beyond.

Signing up couldn’t be easier! Simply enter your email address in the box further up the page or click here to view our wide range of newsletters.

Janey initially thought she would get back to touring following her operation and never imagined she would need chemotherapy.

In a video posted on social media, she said: “I thought that if I got the hysterectomy that would be the end of everything but it’s not, it’s the beginning because I have got Stage three ovarian cancer.

“I thought the big operation, that would be it, get on with everything, heal up the scar, get back on tour. Not so, my life has completely changed and I have to process what this means now and it is obviously going to mean chemotherapy and treatment.

Janey later added: “I have very short panic attacks thinking about it but it is what it is and I don’t really have any other options other than to go through with all this.