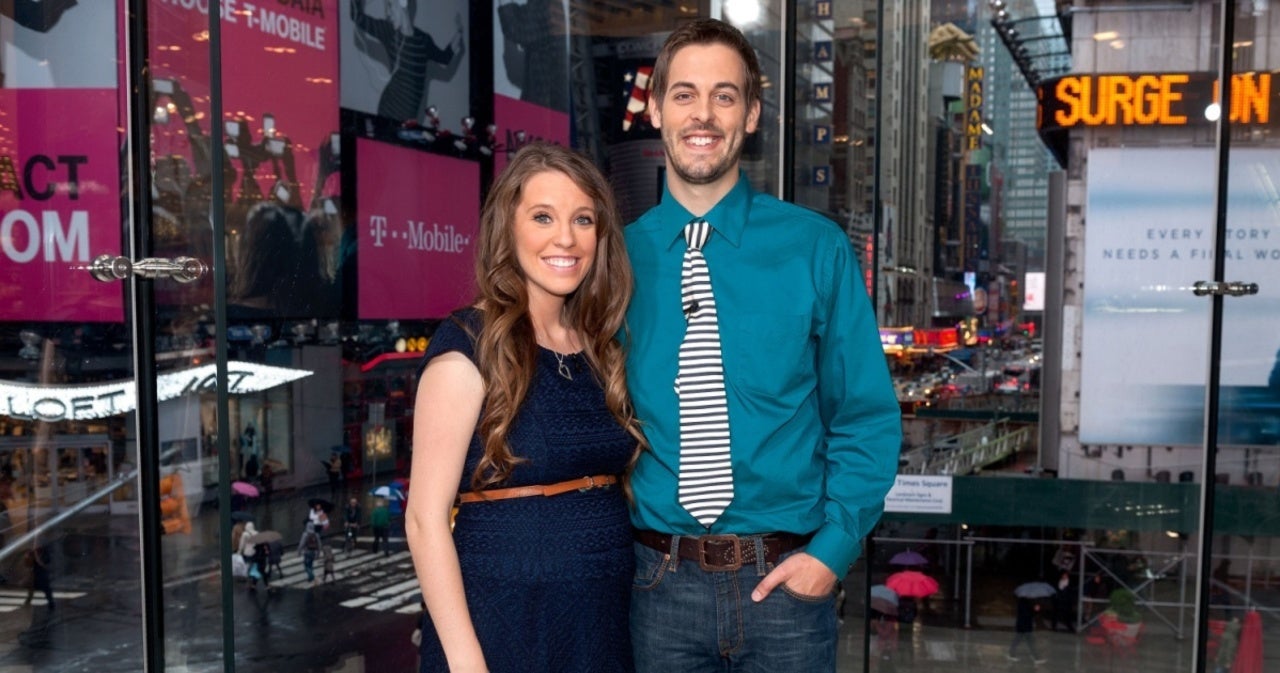 Jill (Duggar) Dillard and her husband Derick Dillard reconnected with some fellow TLC alum during their trip to Oregon, visiting the families of Little People, Big World‘s Jeremy Roloff and his twin brother Zach Roloff in their home state. Jeremy’s wife, Audrey Roloff, shared a photo Monday from the family’s visit, writing in the caption of a gallery from throughout the weekend that they had been “hanging with friends in town who live across the country.”

In one of the photos, Jill and Derick smile for a group photo with Jeremy and Audrey, who is expecting her third child with Jeremy at the moment. The expectant mama added that she was “soaking up these August summer nights in Oregon that always seem to be the most magical.” Jill certainly agreed, catching time with Zach and his wife, Tori Roloff, during a family beach day she shared to Instagram.

In the photos, the Dillards’ two sons, Israel, 6, and Samuel, 3, also got to bond with the Roloffs’ two — Jackson, 4, and Lilah, 1. “Second day in Oregon!” Jill captioned her post. “Sam made his own #haystackrock in #cannonbeach , then we grabbed some clam chowder from #mosseafoodandchowder and went for a little drive before landing back at #seasidebeach where we grabbed ice cream and chilled with our new friends [Tori Roloff and Zach Roloff] around a beach fire complete with s’mores!”

The Roloff brothers first entered the spotlight on TLC’s Little People, Big World in 2006, and Zach and Tori continue to be a part of the show. Jeremy and Audrey, however, announced their exit after 17 seasons in 2018. Jill and Derick also made their exit in 2017 from TLC’s 19 Kids and Counting spinoff, Counting On, amid backlash Derick faced for making transphobic comments.

The couple has gone through ups and downs with the rest of the Duggar family, and after Counting On was canceled earlier this year in the wake of Josh Duggar’s child pornography arrest, the Dillards said it was “better late than never,” adding of their own decision to leave that they “faced many pressures and some unexpected challenges which forced us to step away from the show in an effort to gain more control over our own lives and to do what was best for our family.”