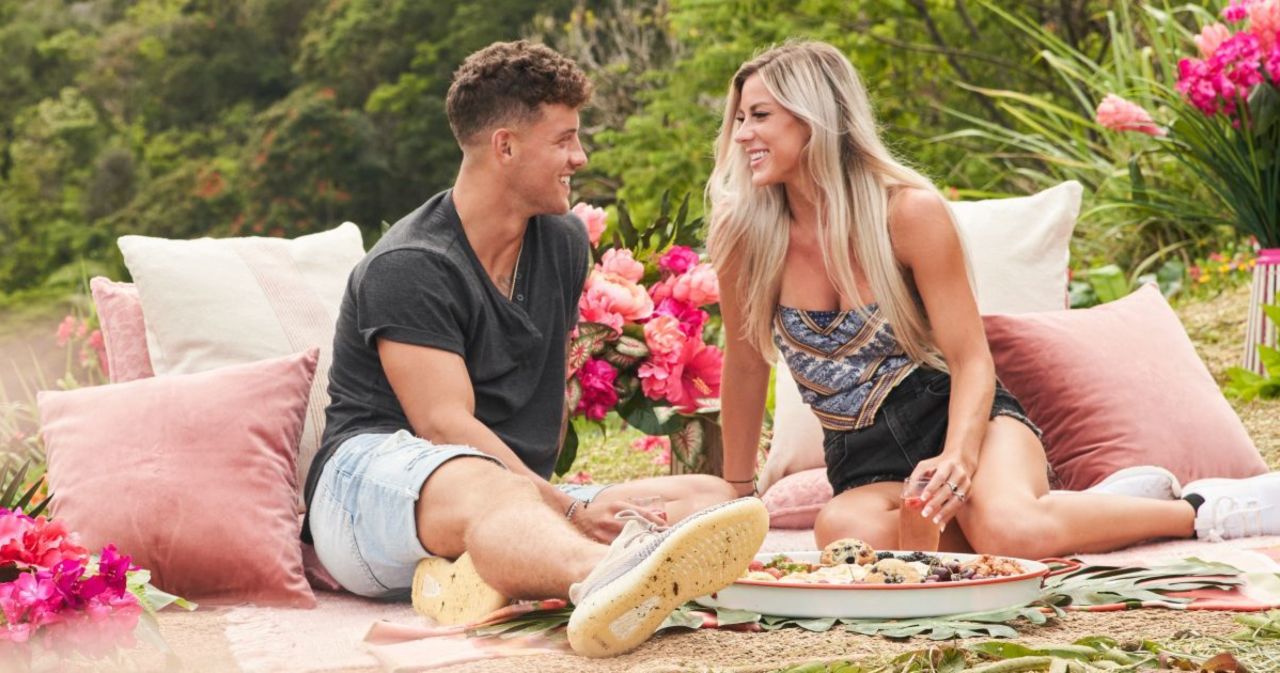 Tragedy struck Love Island contestant Josh Goldstein’s family recently when his sister Lindsey died. Unfortunately, Goldstein received the news while he was in the Villa, and both he and his girlfriend, fellow contestant Shannon St. Clair, promptly left the show to be with his family. Days after they left the Villa, Josh and Shannon took some time to chat with PopCulture.com. During the conversation, the couple shared how they’re feeling during this difficult time and expressed their gratitude to the fans for all of the support that they’ve received.

After leaving the show, Shannon and Josh traveled back to Massachusetts, having reunited with their family. While they noted that it’s, understandably, been a “hectic” period, they are grateful to be surrounded by loved ones during this time. “It’s been kind of a good distraction to see a lot of old faces and family. It wasn’t the homecoming that I had planned out, but under the circumstances, I think my entire family’s holding up, I think as well as we can for losing a child, losing a sibling,” Josh said. “It’s been hard for sure, but Shannon’s been unbelievable. I don’t think I could have honestly done it or been in the spot I am now without her. She’s been my rock throughout this whole thing. It’s been awesome that she’s here and came back to my hometown with me. We’re grieving obviously, but we’re taking it one day at a time.”

Both Josh and Shannon said they are grateful to all of the fans and supporters who have reached out to them in light of this devastating news. Josh explained that it has been “awesome to see that everybody supporting us throughout the entire show and especially reaching out in this time that I’m dealing with the loss of my sister.” He added that receiving so many kind words has been “awesome to see” and that it is “reassuring” to them to see that “there are good people in the world and it’s just unbelievable the support that’s been still to this day coming in all across the country. It’s made me honestly happy, and I think I can speak for the both of us on that one.”

“I think that the outreach has been amazing, and the comments and DM’s and messages just being on our side and seeing the passion that we have for each other,” Shannon added. “I think it inspires other people that watch the show. And it’s such a good feeling knowing that their TV can’t always see if it’s real or not. And just the fact that there are a bunch of fans and people out there that do see that and see what we see, it’s such a good feeling.”

Before they left the Villa, Josh opened up about his sister to the other Islanders. He explained that she was the one who originally signed him up for the show. While chatting with PopCulture.com, Josh opened up even further about his sister, explaining that she was a social worker and that they weren’t just brother and sister; they were best friends. He continued, “I can still picture it in my head, all the memories that we have. And it’s been really tough on me because we were so close and unexpected, and I was so far away from home when I got the news. But I want people to know that she was just an unbelievable person. She was just a great human being and had such a kind soul. And I think that people deserve to know that. So that’s why I wanted to bring it up on TV.”

Josh admitted that Shannon had been such a support to him during this time. According to her, she has been able to help him deal with this loss as this is a situation that she is, unfortunately, familiar with as she has dealt with the loss of her father. “I am glad that I am the person that can be here for Josh. I have been through something similar,” Shannon said. “Just the fact that I can be there for him and help him through it and be here and with this family and see how he is with this family. His family’s incredible. They’re so loving, and they have the best support, friends, family. It’s been absolutely amazing to see in such a hard dark time.”

While this situation is tough for both of them, they said it has only helped their relationship get even stronger. “I can tell you right now that Shannon has been unbelievable with that. Just super supportive. She’s probably met a million faces in the last couple of days, and she’s just been unbelievable with that and just my rock throughout this whole thing,” Josh said about his girlfriend. “And it’s honestly grown our relationship way more than it did even in the villa, and we were super strong in the villa. So it’s very humbling to see, and it makes me very, very excited for the future because if we can get through this, we can really get through anything.”

“And we were also talking about how losing an immediate family member is hard for married couples that have been married for 30 plus years. That’s hard in that aspect. For a new couple in a new relationship, it is also very tough,” Shannon added. “But, I think that it does make us stronger as a couple as well, just all the love and everything that we feel and see Josh and the way that he has been dealing with it. He is so strong. I see a completely different side of him, not only with his family and friends but also with death and losing his sister. I feel like this has opened up a completely different way, this whole new light that I see him in, and it’s beautiful, and I’m so grateful.”

Love Island airs Tuesdays through Fridays at 9 p.m. ET and Sundays at 9 p.m. ET on CBS. In addition, fans can binge this entire season of Love Island USA on Paramount+ to catch up before the finale on Sunday, August 15. Disclosure: pop culture is owned by ViacomCBS Streaming, a division of ViacomCBS.

Season 30 of ‘Dancing With the Stars’: Fans are anticipating Cody Rigsby’s return to the ballroom as Covid recovers.

For Android devices, there is an APK + OBB link.

After a nightmare performance, an embattled Patriot comes clean.