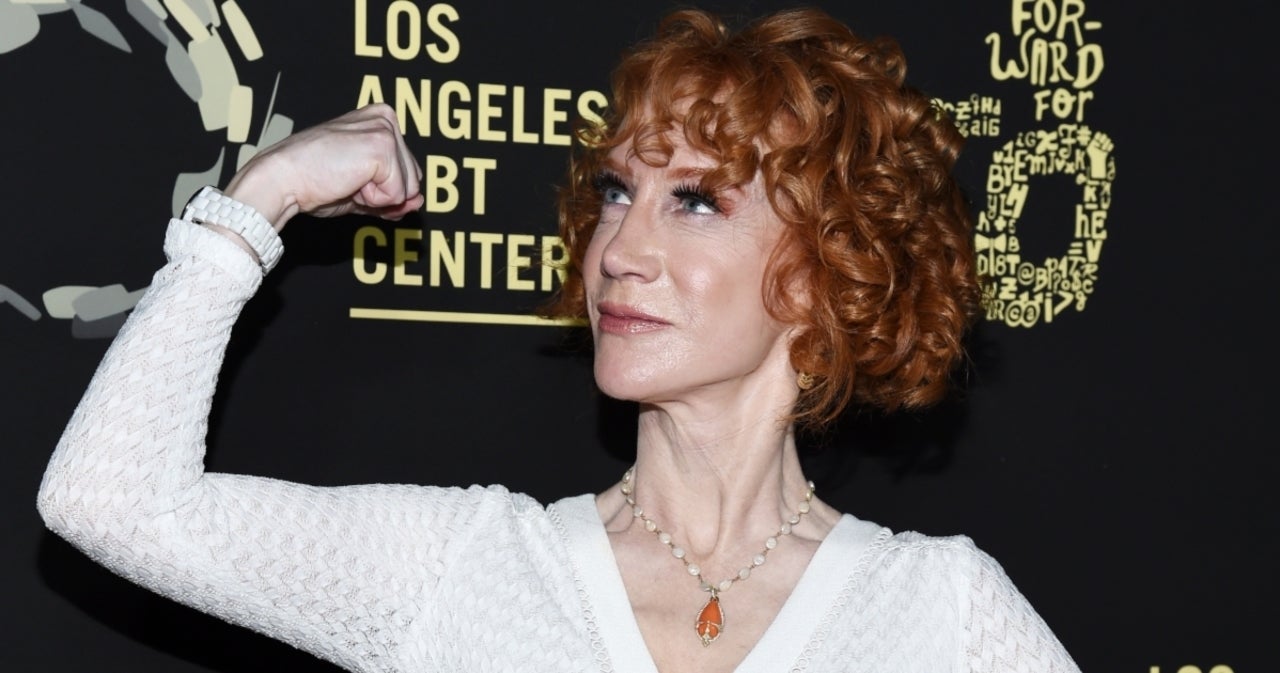 Kathy Griffin is taking on a new acting role, which has been revealed amidst the comedian’s recent cancer scare. According to Deadline, Griffin is joining the cast of HBO Max‘s dark comedy Search Party, for its upcoming fifth season. The show, which first started out on TBS, was created by Sarah-Violet Bliss, Charles Rogers and Michael Showalter. It stars Alia Shawkat (Arrested Development), John Reynolds (Stranger Things), John Early (I Think You Should Leave with Tim Robinson), and Meredith Hagner (As The World Turns).

Over the course of Search Party Seasons 1-3, best friends Dory (Shawkat), Drew (Reynolds), Elliott (Early) and Portia (Hagner) has to navigate their way through a chaotic private investigation, a murder that was mostly accidental, the subsequent murder cover-up, and a trial that was wildly over-sensationalized. Season 4 found Drew, Elliott and Portia having to team up again, after Dory was taken hostage by a psychotic stalker, played by Cole Escola. In Season 5, Dory will begin a business partnership with Tunnel Quinn, a charismatic tech billionaire played by Jeff Goldblum. As the very public venture begins, Dory will bring her friends along and they’ll set off on a frightening journey with the best intentions.

SURPRISE! This is what I’ve been secret posting about! So excited!!!
Kathy Griffin Cast in ‘Search Party’ Season 5 (EXCLUSIVE) – Variety https://t.co/2epEKFEjap

Griffin will be playing Liquorice Montague, in a recurring role for Season 5 of Search Party. Known to be a wild conspiracy theorist, Liquorice will take Clare McNulty’s Chantal “under her wing as a codependent apprentice.” In a statement on Griffin’s casting, Bliss and Rogers stated, “Working with Kathy was a huge life moment for us. She brought so much warmth, humanity, and professionalism to set and delivered a performance that will delight the world.”

The news of Griffin’s new acting project comes just one week after she revealed that she’d been diagnosed with lung cancer and would be having surgery the same day. “I’ve got to tell you guys something. I have cancer. I’m about to go into surgery to have half of my left lung removed,” she wrote in a post shared to both her Twitter and Instagram accounts on Monday. “

“Yes, I have lung cancer even though I’ve never smoked!” Griffin continued. “The doctors are very optimistic as it is stage one and contained to my left lung. Hopefully, no chemo or radiation after this and I should have normal function with my breathing.”

Griffin went on to say, “I should be up and running around as usual in a month or less. It’s been a helluva four years, trying to get back to work, making you guys laugh and entertaining you, but I’m gonna be just fine.” She then added, “Of course I am fully vaccinated for Covid. The consequences for being unvaccinated would have been even more serious.”

Concluding her statement, Griffin encouraged her fans to “please stay up to date on your medical checkups. It’ll save your life.” She then signed the statement, “XXOO, KG.” At this time, there is no word on whether or not Griffin’s doctors feel she may require further cancer treatments. The comedian later announced that she came through surgery OK.

Jack Remembers His Past Mistakes