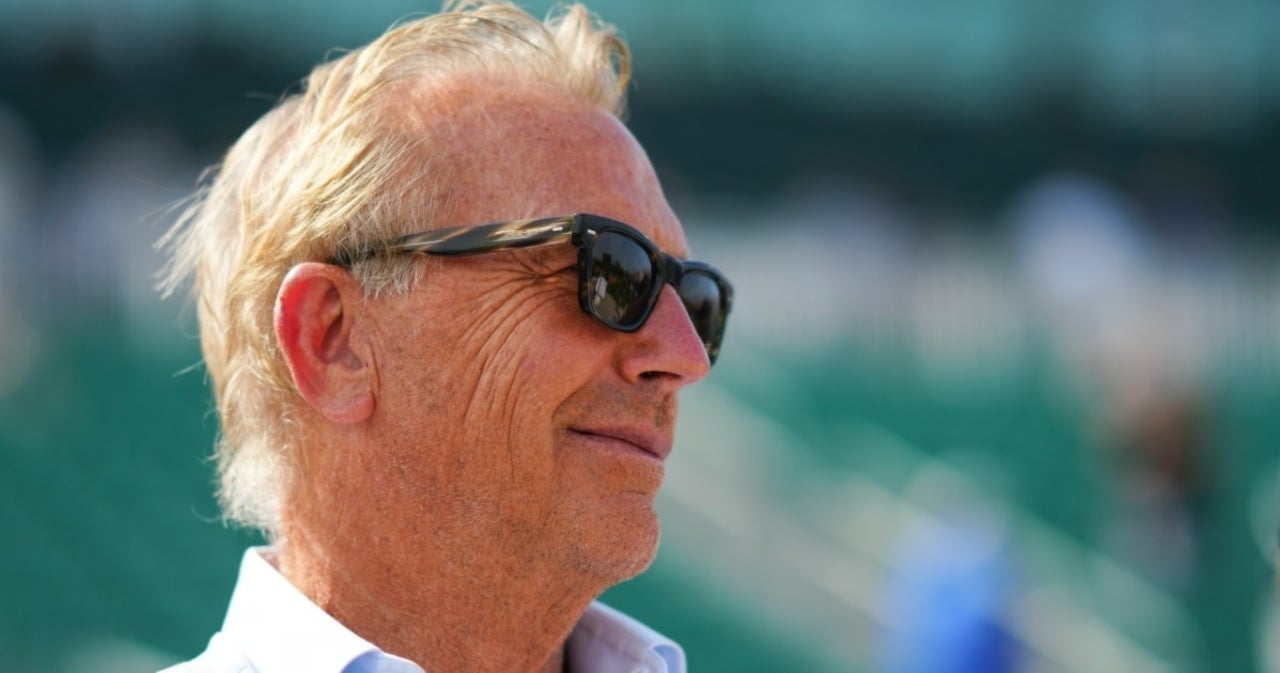 The New York Yankees and the Chicago White Sox played a unique game Thursday night in Dyersville, Iowa, playing at the exact location where Field of Dreams was filmed. There was only one person who could give a stirring speech that the moment deserved, Yellowstone actor Kevin Costner. This year marked the 32nd anniversary of the film’s release.

“Thirty years ago, on the other side of that corn, we filmed a movie that stood the test of time,” Costner said behind a vintage-style microphone. “Tonight, thanks to that enduring impact that that little movie had, it’s allowed us to come here again, but now on a field that Major League Baseball made. We’ve come to see the first-place White Sox play the mighty Yankees in a field that was once corn. It’s perfect.”

“On the other side of that corn we filmed a movie that stood the test of time. Tonight, thanks to that enduring impact that that little movie had, it’s allowed us to come here again.”

Kevin Costner with a fantastic speech before today’s game 🙏

Costner was visibly emotional at that point as the crowd roared. He took a deep breath before continuing. “We’ve kept our promise. Major League Baseball has kept its promise,” Costner said. “The dream is still alive.” He then asked the crowd if this was heaven. “Yes, it is,” Costner responded. “This field is for the players. Good luck tonight.”

Field of Dreams starred Costner as Ray Kinsella, a struggling Iowa corn farmer whose father was a devoted baseball fan. One night, he hears a voice telling him, “If you build it, he will come” and he sees a vision of “Shoeless” Joe Jackson. Ray decides to build a baseball diamond in the field, even though it may ruin him and his family financially. The movie also stars Amy Madigan, James Earl Jones, and Burt Lancaster. It earned Oscar nominations for Best Picture, Best Score, and Best Adapted Screenplay, and is on the Library of Congress’s National Film Registry.

Before the game, Costner told CBS This Morning that seeing the field recreated at the spot where the movie was made was overwhelming. “I think everybody is taken aback,” Costner said. “Whenever you are a kid and see grass this nice, you know it should say ‘keep off.’ It’s just a perfect field, and to see this thing, it really captured the hearts of America, this film, nobody saw it coming. I knew it was a great film and written beautifully but nobody saw this coming and to see what’s happened here is fantastic.”

He also reflected on how special the movie remains today. “This thing has a heartbeat. That being said, this is a movie that could also have fallen right off the cliff and been incredibly goofy,” he told CBS This Morning. “It was just magical what happened.”

Costner, 66, now stars in Paramount Network’s Yellowstone. He plays John Dutton, the patriarch of the Dutton family and operator of the largest ranch in the U.S. The show’s fourth season will debut later this year.