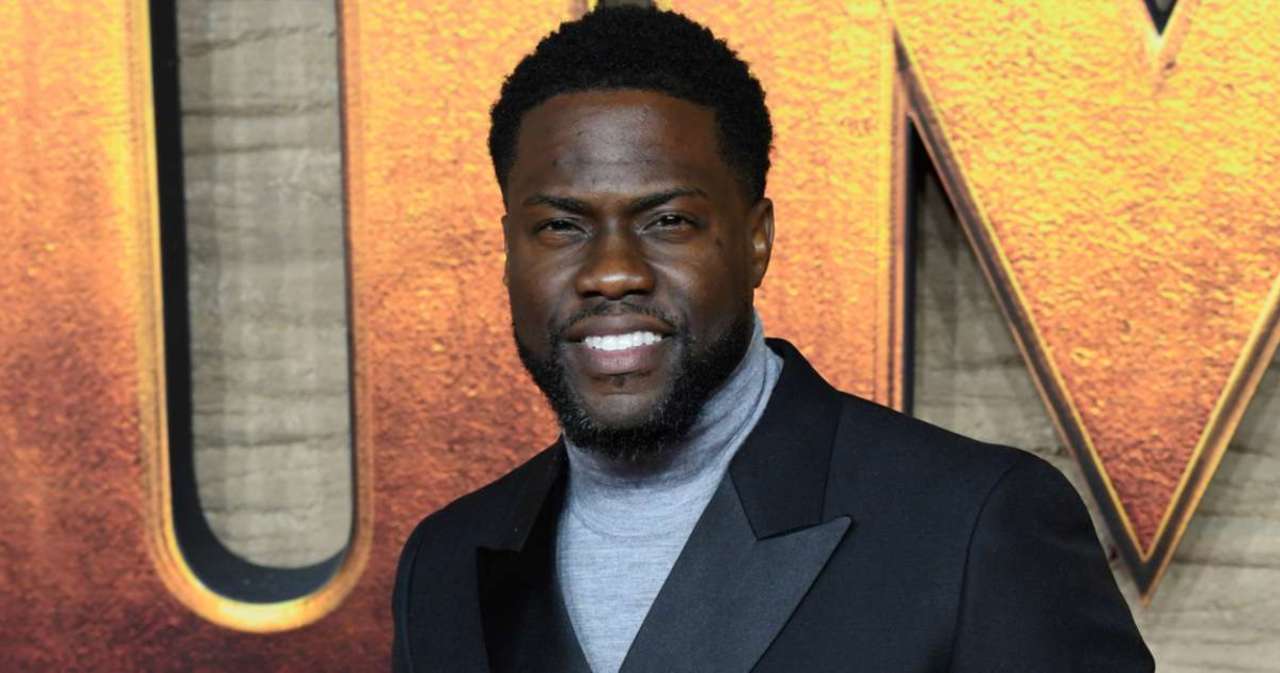 Kevin Hart’s new Peacock series Hart to Heart is catching a lot of attention from fans, but none quite like this. During one episode where the comedian chats with his friend and Space Jam 2 star Don Cheadle, the clip is now going viral after Hart couldn’t hold back his reaction when the 56-year-old actor noted his age. During their discussion, Cheadle nonchalantly mentioned his age but Hart’s very immediate reaction not only raised Cheadle’s eyebrow, but fans’ as well.

“And me, you know, I’m 56 years old,” Cheadle said while Hart quickly replied with, “D—!” Cheadle immediately froze in awkward silence while Hart tried to make up for it by telling his friend that it was from a place of “love” and apologized for letting his thought push out so fast. “I’m sorry. I’m sorry because it was a thought.” However, Cheadle didn’t seem to be amused by Hart’s reaction, even when Hart noted that it was from a place of “love.” “It was just a thought and I blurted it out,” Hart said, “I didn’t mean it the way it came out.”

“I can sit up here and honestly say, buddy, that was from a place of love,” Hart said, but Cheadle’s response of “got it” didn’t seem to be enough to lessen the tense atmosphere. “If we could play it back right now, these are two different d—s,” Cheadle said. Hart then encouraged the clip to be played again, saying, “That’s not true. I said, ‘d—t!'” Hart said in a much different tone, and Cheadle caught on to that calling his “fam” out for backpedaling. “Each time you’ve said it now, it’s gotten quieter and quieter. I could barely hear you that last time when you said it,” Cheadle said.

Hart then responded with, “Well, that means you care barely hear the truth, so who has the problem here? Hmmm? Maybe 56 is catching up?” he said. Hart did manage to make his friend laugh though when he said, “56, thought. Still kicking. Still walking. Knees are still working. No noise. Right?” Cheadle then replied with a small laugh and joke, “There’s some noise.” Hart then followed up with a question, asking, “Can you see without your glasses?”

“These aren’t real Kevin,” Cheadle insisted. “I put these on to appear smart. You might need some of these to appear smart. Do you want to see if it makes you appear smart? It matches your suit.” The comedian said, “Star this part, because it’s not going to make it in [the final edit],” before Cheadle said, “God d—! Professor Hart.”

Why Did Canelo Push Caleb Plant at Their Pre-Fight Press Conference?

‘General Hospital’ Does Peter August Have An Evil Twin?