Kyle Kuzma won his first NBA title with the Los Angeles Lakers and he also got to meet some interesting celebrities while playing in one of the most popular cities in the world.

During his stint with the squad, he was able to make a relationship with LeBron James and despite rumors in the media, the two still have a great relationship.

In a recent interview with Gilbert Arenas, Kuzma talked about his journey with the Lakers and how he is still cool with LeBron. Kyle reaffirmed that he and LeBron still hang out from time to time and that moving forward, it is all love. 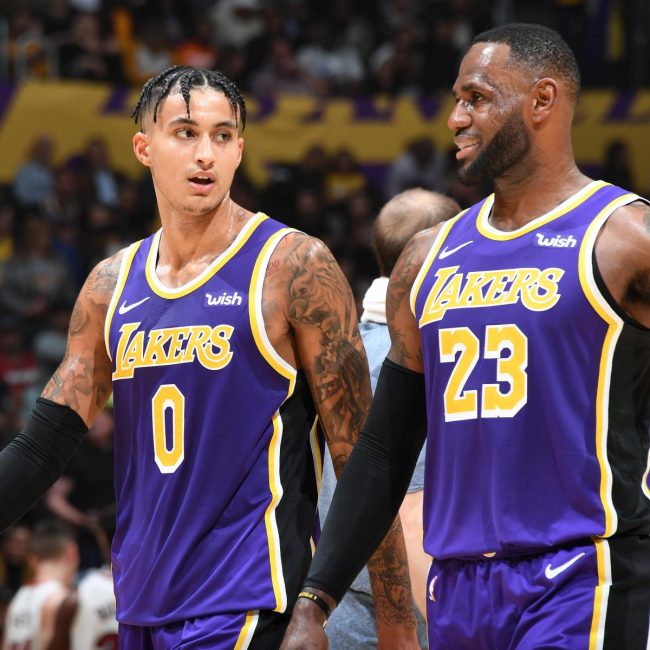 Kuzma also said that LeBron is one of the goofiest people he knows and that the superstar never takes himself all that seriously.

“Man, he’s like a little ass kid,” Kuzma said according to TalkBasket.net. “He’s a little kid, man. You would think he is a grown man and alpha and just super serious person. But he’s, like, an 18-year-old too at the same time. You know what I mean? I just feel like it’s the best part about him. Like, everyone is human.”

The NBA icon has always been known to joke around on social media and in post-game interviews, so this revelation shouldn’t be all that surprising.

At 36, LeBron still has a youthful exuberance to him, and it is this ability to stay loose that has kept him going.