Marvel’s New Disney+ Show Is Getting Mixed Reactions From Fans 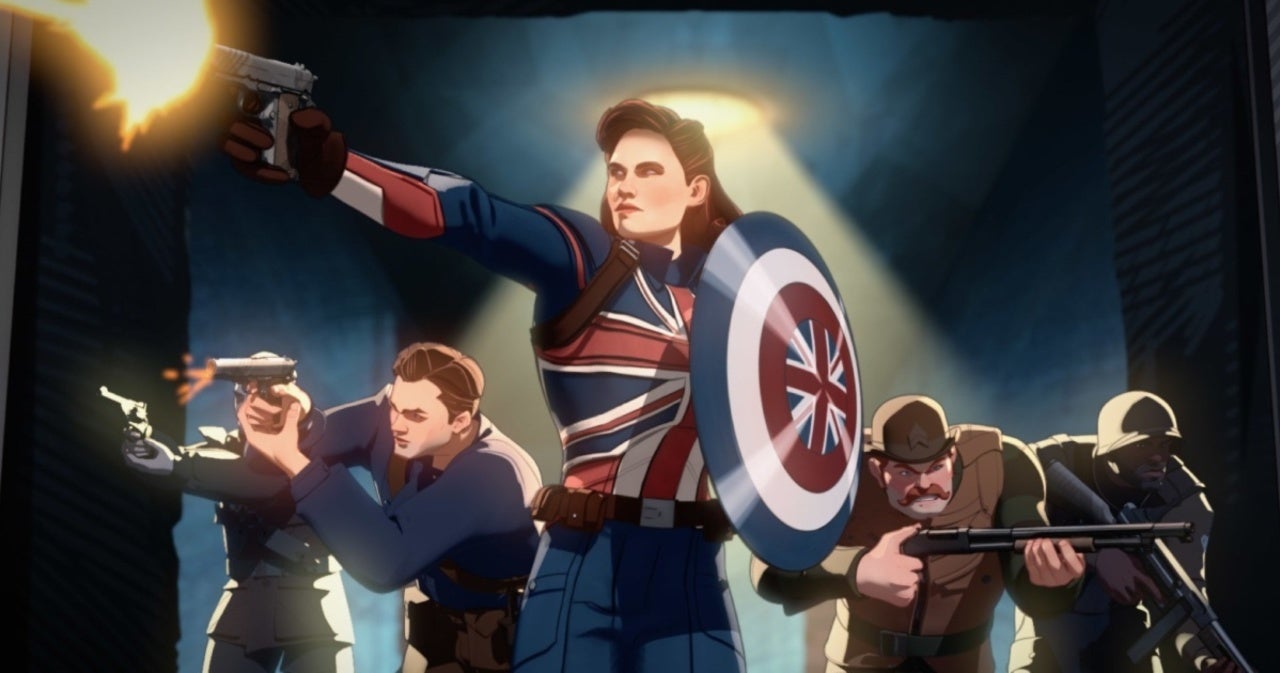 Marvel’s latest show on Disney+ is What If…?, which will explore different storylines from the Marvel Cinematic Universe with a twist. What If…? is inspired by a series Marvel launched in 1977 that explores alternate timelines in the Marvel universe. Jeffrey Wright (Westworld) narrates the series as The Watcher, who sees how alternate decisions may have changed how the Marvel Cinematic Universe turned out. For example, one episode features Chadwick Boseman’s T’Challa getting taken by the Ravagers as a child and becoming Star-Lord instead of Chris Pratt’s Peter Quill. Another episode features Iron Man being saved by Michael B. Jordan’s Killmonger during the events of the first Iron Man movie.

The first episode, which has Hayley Atwell‘s Peggy Carter taking the super-soldier serum instead of Steve Rogers, becoming Captain Carter, dropped on Disney+ on August 11, and the animated series is drawing lots of opinions from Marvel fans online. Many viewers are fans of the premiere episode, but others pointed out that the show isn’t without its issues. “I loved it. We’re getting a 2 hour movie in 30 mins. IMO it works perfectly. Two highlights for me was Peggy obviously, and Bucky. Peggy felt so natural, and Bucky was so funny his one comedic ‘thing’ carried the whole episode for me. Can’t wait for more,” tweeted one viewer.

While some viewers are worried that casual Marvel fans won’t be onboard with the different timelines, one person on Twitter pointed out that it was more a love letter to diehard fans than anything else. “People are worried about the pacing apparently, but I think this really aimed at pre-existing MCU fans that have seen the movies already and or read the comics. It was mainly picking out alternative highlights from the First Avenger. That’s the whole point of series anyway,” they wrote.

However, other people pointed out that the first episode felt rushed, cramming the alternate events of Captain America: The First Evenger into a 30-minute episode. “For me it being rushed into 30 mins is the very reason why it DIDNT work,” wrote one critic. “The pacing is god-awful but it’s really not meant to tell a full story. It shows major moments and changes them up. Thats the point of the show. They got 30 minutes to a) set up the what if part and b) try to make it interesting. They did that,” chimed in another viewer.

“It hooked me the least of all the D+ series so far. I’m still optimistic for the future of the show because I love the concept, and I’m going to give it the benefit of the doubt,” tweeted another Marvel fan. We’ll see if the issues will even out in later episodes. New episodes of What If…? hit Disney+ on Wednesdays.

Philip Starts A War, How Will Jake and Gabi React?