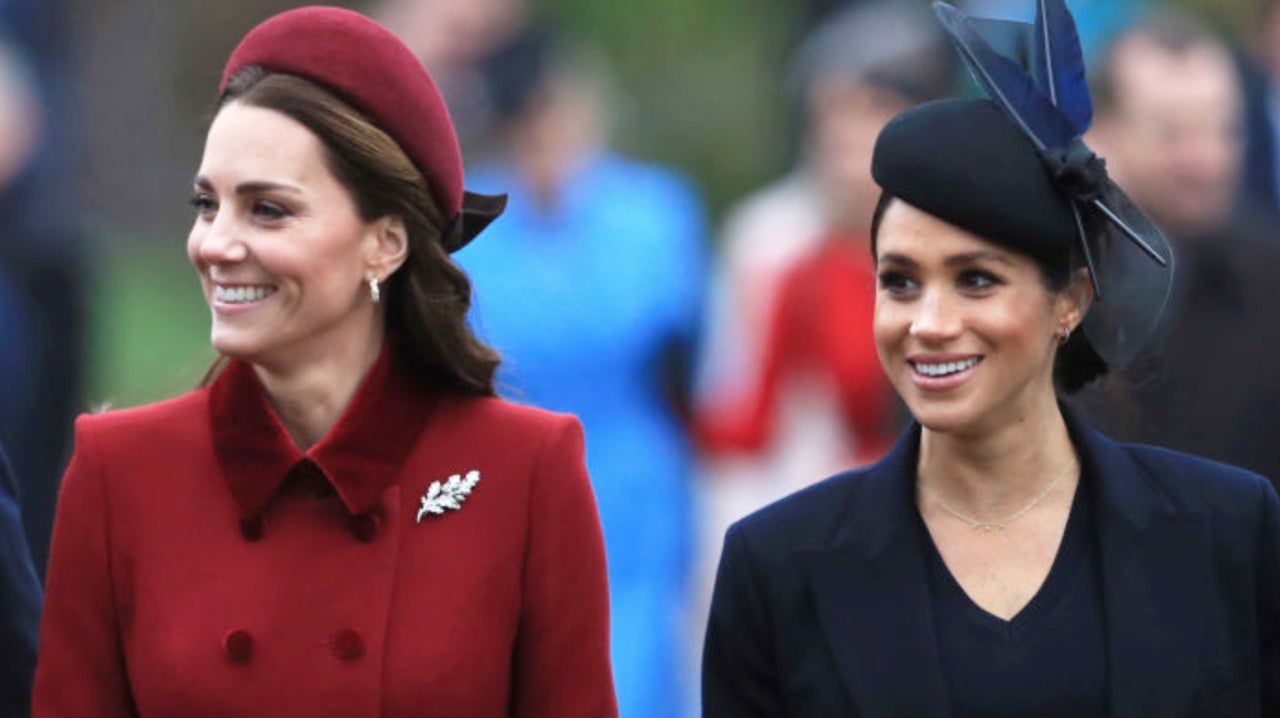 What royal family rift? Amid continued reports of a deep divide between the Sussexes and the Cambridges, Meghan Markle and Kate Middleton are reportedly poised to cast some major doubt on those headline-making rumors and present a united front on a new collaborative project. According to sources, the royal sisters-in-law are now said to be working together on a new Netflix project.

The documentary would offer look at the future queen consort’s life as a royal, according to a source who spoke to Us Weekly and described the project as a
“documentary that will spotlight Kate’s charity work and the huge impact she’s made with her philanthropy.” The source claimed that Markle, who lives in California with husband Prince Harry and their two children, 2-year-old son Archie and 2-month-old daughter Lilibet, has been in touch with Middleton “about collaborating on a project for Netflix.” The source said in recent weeks, the two have been “getting along really well and have been in touch more often.”

Although the alleged documentary hasn’t been confirmed by the streamer or the two royals, Markle and Harry have a multi-year deal with Netflix. The deal was signed back in September 2020 and will see the royal couple producing documentaries, docuseries, feature films, scripted shows, and children’s programming. In a statement at the time the deal was announced, the couple said the programming would be “inspirational” and shine “a light on people and causes around the world, our focus will be on creating content that informs but also gives hope.” The first project under that deal, a multi-episode docuseries about the Invictus Games, was confirmed in April of this year.

The deal came amid Harry and Markle’s decision to step down as working royals and move to the United States. After announcing their decision to step back in January 2020 “after many months of reflection and internal discussions,” the couple officially retired as senior royals in February of this year. Their decision to break away from the British royal family led to plenty of speculation, with rumors quickly pointing to an alleged rift between Harry and his family as the main cause. Harry even hinted at the rift in his March interview with Oprah Winfrey when he said “there’s a lot of hurt that’s happened” in his relationship with father Prince Charles and described his relationship with older brother Prince William as there being “space at the moment.”

However, after more than a year apart, Harry and his brother reunited in April for their grandfather Prince Philip’s funeral. The brothers were spotted outside chatting alongside Middleton, whom some said acted as a peacemaker. They again reunited in July to mark their late mother’s 60th birthday with a statue unveiling at Kensington Palace. While it is unclear where their relationship currently stands, Us Weekly‘s source said Markle and Middleton are “closer than ever and working on their relationship for the sake of the family.”