In a classic incident of vigilance and valor, a man saved his neighbor’s life as fire engulfed her house whilst she was sleeping.

In a classic incident of vigilance and valor, a man saved his neighbor’s life as fire engulfed her house whilst she was sleeping. A security camera footage of the incident surfaced online and has garnered thousands of views since being posted. “Gladys was woken up to loud banging and yelling. She immediately checked her Ring and saw her neighbor at her front door…,” the caption, along with the video, reads.

The clip made its way to the internet after being shared by the security camera company Ring. In the monochrome video, the vigilant neighbor could be seen loudly banging on the door of Gladys. “Your house is almost on fire,” he says, looking at the security camera. It is then that the sleeping woman wakes up and eventually asks him for help. Finally, as the clip concludes, both Gladys and her toddler child could be seen making their way out of the half-charred house.

Meanwhile, hundreds of people have flocked to the post to sower praise on the brave man. “The neighbor,” commented a user appreciating the man’s action. Meanwhile, another user wrote, “If only Gladys had the Ring smoke alarm listeners and security system too.” Meanwhile, a third user took the opportunity to complain about the product, “The doorbell still does not work despite an external amplifier and a chime. I really do NOT recommend this material.” 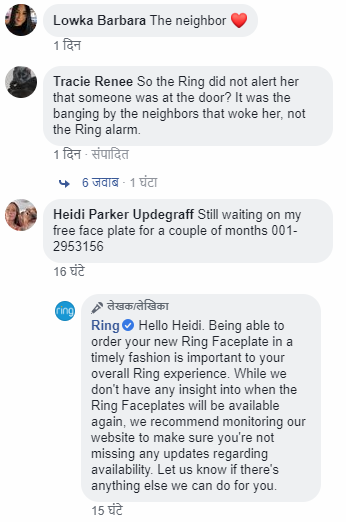 Earlier, three Russian men garnered praise after they rescued children from an apartment on fire by forming a human chain and climbing the drainpipe in the Venezia district of Kostroma. In the now-viral video, the Russian men can be seen conducting rescue as they valiantly get into House 62 in a flat ablaze and pull children out of the window. The kids were alone in the house without their parents when the deadly fire broke out. It first caught the couch in the house and spread across the entire building. The neighbors tried to break down the front door to save the children, but their attempts had all failed, according to Moscow’s K1NEWS.RU. As the thick plume of smoke engulfed the neighborhood, the three men promptly climbed the drainpipe to the third floor while two others waited downstairs to assist. Before the Ministry of Emergency Situations, first responders and firefighters arrived at the scene; the kids were rescued.

Teen Mom fans praise Chelsea Houska’s husband Cole for ‘stepping up’ as a father figure for her daughter Aubree, 12

Is Crockett Island Real on ‘Midnight Mass’? The Name Is Different, but Yes