It is the time for the long time fans of Resident Evil video game series to rejoice as after several years of confirmation, hoaxes, and prolong wait, the first and the foremost details of the first season of Resident Evil is finally ill. Resident Evil Season 1 is due for release back in 2021.

Resident Evil is the forthcoming Netflix Original series which is adapted from the hit Capcom game. The hit and popular franchise of Resident Evil came into being in 1996 and it has been spawned into several novels, video games, and popular Hollywood films. It’s been a couple of decades that the franchise came out yet it is strong. It is important to note that the franchise has a lot of materials that could be put into work. Also, it would be interesting to see how Netflix curates the story of the series.

The announcement of the series came into being in January 2019, as reported by Deadline. No one has commented about the plan of the series, but the creators of the series are making plans to expand the hit series by giving it a new touch. The series is going to take inspiration from the already existing Resident Evil mythology.

The series is going to keep the fundamental elements of Resident Evil as its core element. Moreover, the drama is going to explore the inner workings of the evil Umbrella Corporation and the order of the new world that is caused by the outbreak of T-virus.

The first season is going to feature around eight episodes. The production team of Resident Evil revealed that the pre-production of the series will take place this year in April 2020 and the main shoot of the series will begin either in June or October 2020. Moreover, the first season of Resident Evil is going to feature eight seasons. 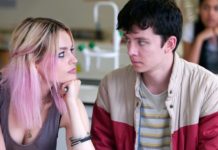 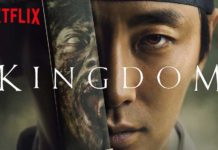 Saptarshi Paul - February 13, 2020
0
Your wait on the return of your favorite Police Department is almost over. The series will return to Netflix next month for its second...