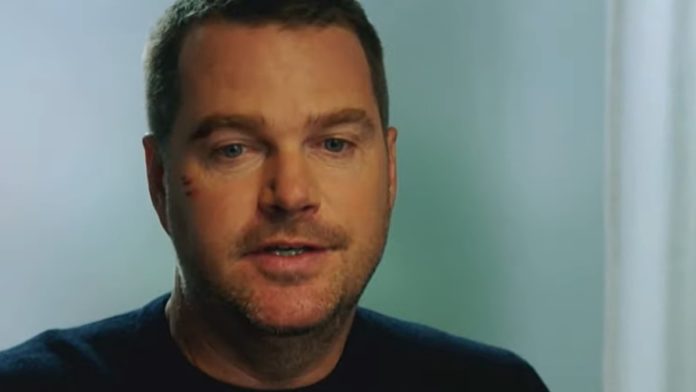 According to the TV promo released by the network, it appears that the team fails at protecting an undercover operative. At least that is what Callen says while he is being interrogated in a quick TV clip that is airing right now.

The synopsis for NCIS: Los Angeles Season 13, Episode 5 states that “When an NCIS mission to protect a compromised undercover agent goes completely sideways, the agents are individually interrogated to find out what really happened.”

The episode will also feature former Admiral Hollace Kilbride being forced to “make a difficult decision,” but we will have to tune in to find out what that means.

Will this episode be another one for the season where the team works on a case that they solve within the hour? That’s certainly what seemed to happen last week when the NCIS: LA team was tasked with taking down the former wife of a mob boss who was running guns.

Below is the quick TV promo that CBS provided for the new episode called Divided We Fall. It doesn’t give viewers a lot to go on, but that’s intentional in order to keep some mystery surrounding the action sequences we get to see.

Not a lot of details have been released about who will be featured as the guest stars on the NCIS: LA episode called Divided We Fall, but three notable names have popped up on the press release from CBS.

Christina Masterson is probably best known for playing Emma Goodall, the Pink Megaforce Ranger, on Power Rangers Megaforce. Over the years, she was also seen on an episode each of CSI: Crime Scene Investigation, The Secret Life of the American Teenager, S.W.A.T., and as Addison Troy in the Truth or Dare movie.

Sandrine Holt has been acting for a long time and has played quite a few recurring roles on television. That includes playing Oksana on The Expanse, Simone Martin on Homeland, Patricia Thornton on MacGyver, Bethany Exner on Fear the Walking Dead, and Julie Han on The Returned.

Ashwin Gore has been seen as Jamal Momed on a number of episodes of 9-1-1 for FOX.

Ryan is a movie reviewer and entertainment enthusiast who has been writing about sports, film, television, breaking news, and celebrities for nearly 15 years.
He has written articles published by…read more