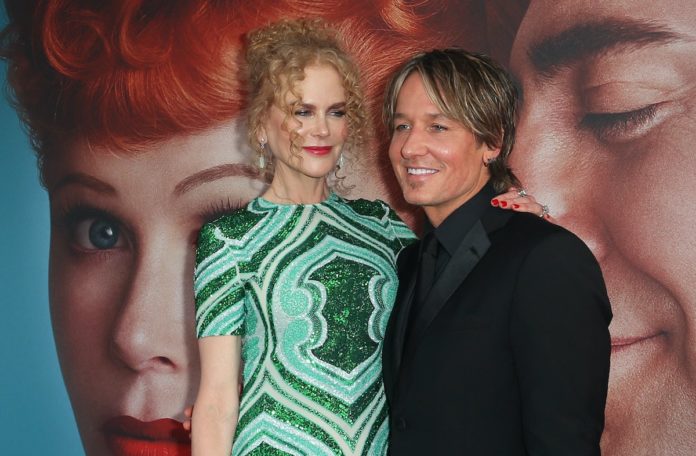 Are things getting tense between Keith Urban and Nicole Kidman? One tabloid claims the couple is growing apart after 15 years of marriage. Here’s the latest gossip about Hollywood’s favorite Aussie-American power couple.

The latest edition of Woman’s Day reports Nicole Kidman and Keith Urban are keeping their distance from one another. While the couple threw an intimate New Year’s Eve party at their Sydney apartment, they apparently spent most of their time apart. And, according to the report, it’s all because Urban is struggling to contain his jealousy over Kidman’s new movie.

“Everyone wants to play Nicole’s unfaithful deadly husband in her upcoming thriller The Silent Wife,” an insider dishes. “It has Oscar written all over it — so she’s been inundated with calls from guys like Colin Farrell, Daniel Craig, and Alexander Skarsgard. Even Leonardo DiCaprio and Brad Pitt’s people have reached out.” But Urban is furious that Kidman isn’t doing anything to discourage these men.

“Nicole would have to be a saint not to be flattered by all the attention, but her blushes are driving Keith over the edge. He’s insecure at the best of times, but this latest roll call of men hunting down his wife is putting him into meltdown territory,” the tipster reveals. “Their New Year’s Eve party was tense at times, and everyone thinks this is why.”

After looking into the claims, we couldn’t find a shred of evidence to support this tabloid’s story. First of all, these photos only showed the couple on separate balconies for a few moments. We have absolutely no idea how much time they spent together inside of their apartment.

And even if they didn’t spend much time together at the party, they’re a married couple. They spend plenty of time together on a day-to-day basis, so it’s totally possible that they were just enjoying mingling with other people for a bit. Besides, isn’t this party a sign that everything is going well in their marriage? If things were critically tense between them, we doubt they’d choose that time to host a get-together.

Furthermore, Urban just shared a heartfelt message on Instagram congratulating Kidman for winning a Golden Globe. In a post on his story, Urban wrote, “BABYGIRL – I’m so very proud of you! Your ‘becoming’ Lucille was spellbinding. I felt it, and I KNEW I was not alone. I love you so much Nicole Mary xxxxx.” From what we can tell, Kidman and Urban are doing just fine.

The Tabloid On Nicole Kidman

This is far from the first time Woman’s Day has invented drama for Nicole Kidman. Not too long back, the magazine reported Kidman was “embarrassed” of Urban. Then the outlet alleged Kidman was getting a bit too cozy with Michelle Pfeiffer’s husband. And more recently, the publication claimed Dolph Lundgren was making Kidman uncomfortable on the set of Aquaman 2. Obviously, Woman’s Day can’t be trusted when it comes to Kidman.