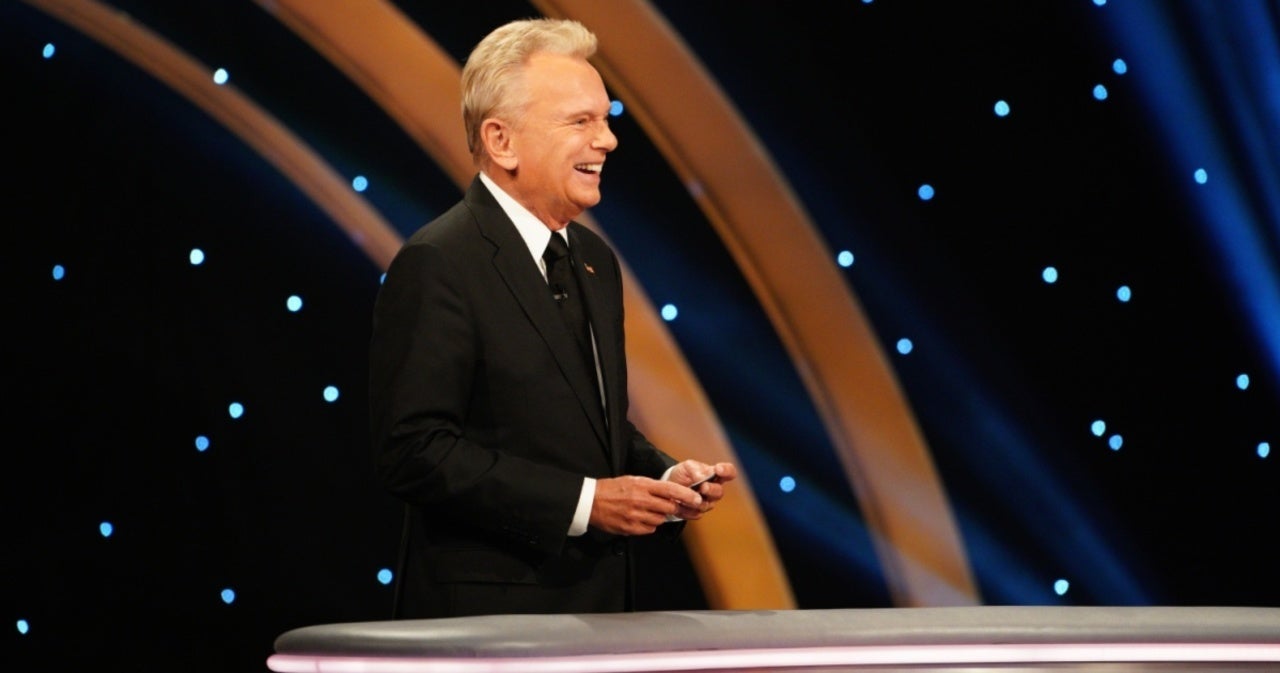 Wheel of Fortune host Pat Sajak is extending his congratulations and well wishes to Mike Richards after he was officially named the new Jeopardy! host. Richards, who currently serves as executive producer on the long running game show and who also held a guest hosting stint during Season 36, was confirmed in the role on Wednesday, filling the position left vacant by the late Alex Trebek.

Amid a flurry of reactions to the hosting news, Sajak was quick to speak out, officially giving his nod of approval at the otherwise controversial decision. In a tweet shared just after Ravi Ahuja, chairman of Global Television Studios and Corporate Development for Sony Pictures, shared the exciting update, Sajak welcomed Richards to Jeopardy!, quipping that Richards “is obviously a man of taste and good judgment” since he believes Sajak is “a really good host.” Sajak, who has hosted fellow game show Wheel of Fortune since 1981, just three years before Trebek took up hosting on Jeopardy!, jokingly reminded Richards that “the Game Show Host Association meets on Wednesdays at the Oxnard iHop.”

I want to welcome Mike Richards to @Jeopardy. He thinks I’m a really good host, so he is obviously a man of taste and good judgment. (A reminder to Mike that the Game Show Host Association meets on Wednesdays at the Oxnard iHop.)

Prior to the Wednesday confirmation of his new hosting duties, Richards, who recently made headlines due to allegations of discrimination from when he worked on The Price Is Right, had been among the more than a dozen guest hosts brought to the stage following the November 2020 death of Trebek. Other guest hosts included LeVar Burton, a fan-favorite, Buzzy Cohen, Aaron Rodgers, Dr. Oz, and Savannah Guthrie, among others. According to Ahuja, “a tremendous amount of work and deliberation” went into selecting Ricahrds as the show’s permanent host, and “senior group of Sony Pictures Television executives pored over footage from every episode, reviewed research from multiple panels and focus groups, and got valuable input from our key partners and Jeopardy! viewers.” Ahuja said Richards “is a unique talent, at ease behind the podium and a double threat as producer and host.”

In his own statement, Richards said he is “deeply honored to have the opportunity to host the syndicated version of Jeopardy!,” something that he never in his “wildest dreams” could have imagined. Richards said he is “incredibly humbled to step behind the lectern” and vowed to “work tirelessly to make sure our brilliant contestants shine in each and every episode.”

Richards is set to host the syndicated game show beginning with Season 37, which will see current Jeopardy! champ Matt Amodio returning for the Tournament of Champions. Alongside Richards, Big Bang Theory alum Mayim Bialik will serve as the host of Jeopardy! primetime and spinoff series, including National College Championship.

Here’s What Pauley Perrette From NCIS Is Doing Now