Joey Grundl, a pizza delivery driver for a Domino’s Pizza in Waldo, Wisconsin, is being hailed as a hero for noticing a kidnapped woman’s subtle cry for help.

The delivery man was sent to a woman’s house to deliver a pie when her ex-boyfriend, Dean Hoffman, opened the door. Grundl looked over his shoulder and saw a middle-aged woman with a black eye standing behind Hoffman. She appeared to be mouthing the words: “Call the police.”

“I gave him his pizza and then I noticed behind him was his girlfriend,” Grundl told WITI Milwaukee. “She pointed to a black eye that was quite visible. She mouthed the words, ‘Call the police.'” 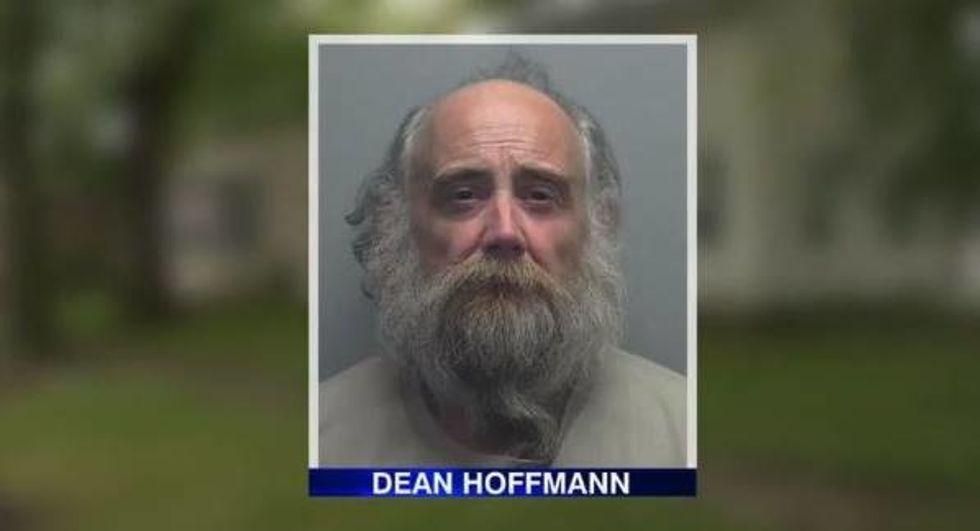 When Grundl got back to his delivery car, he called the police. When the police arrived at the home, Hoffmann tried to block the door, but eventually let the police into the woman’s home.

After seeing the battered woman, Hoffmann was arrested and she was taken to the hospital for her wounds.

Earlier in the day, Hoffman arrived at the house without her permission and tried to convince her to get back into a relationship with him. He then punched her in the face and hog tied her with a vacuum power cord.

“If you love me, you will let me go,” she plead, but he reportedly replied, “You know I can’t do that.” He also threatened to shoot both of them with a .22 caliber firearm he kept in his car. The woman later told authorities that she feared for her life.

A day later, Grundl was seen on TV wearing a hoodie from Taylor Swift’s “Reputation Tour” and her fans quickly jumped into action, tagging Swift in photos of the hero. Grundl already had tickets to go to an upcoming Swift concert in Arlington, Wisconsin, but when Swift learned of the story, she arranged to meet Grudl backstage.

“She … she knew who I was,” Grundl jokingly tweeted after the concert. “I’m thoroughly convinced Taylor gave me a cold.”

“This has been one of the most exciting weeks of my life,” Grundl said. “I’m legitimately getting emotional and I almost never get like this. But as the likely most memorable week of my entire life comes to an end … I guess I can really say … I’m doing better than I ever was.”