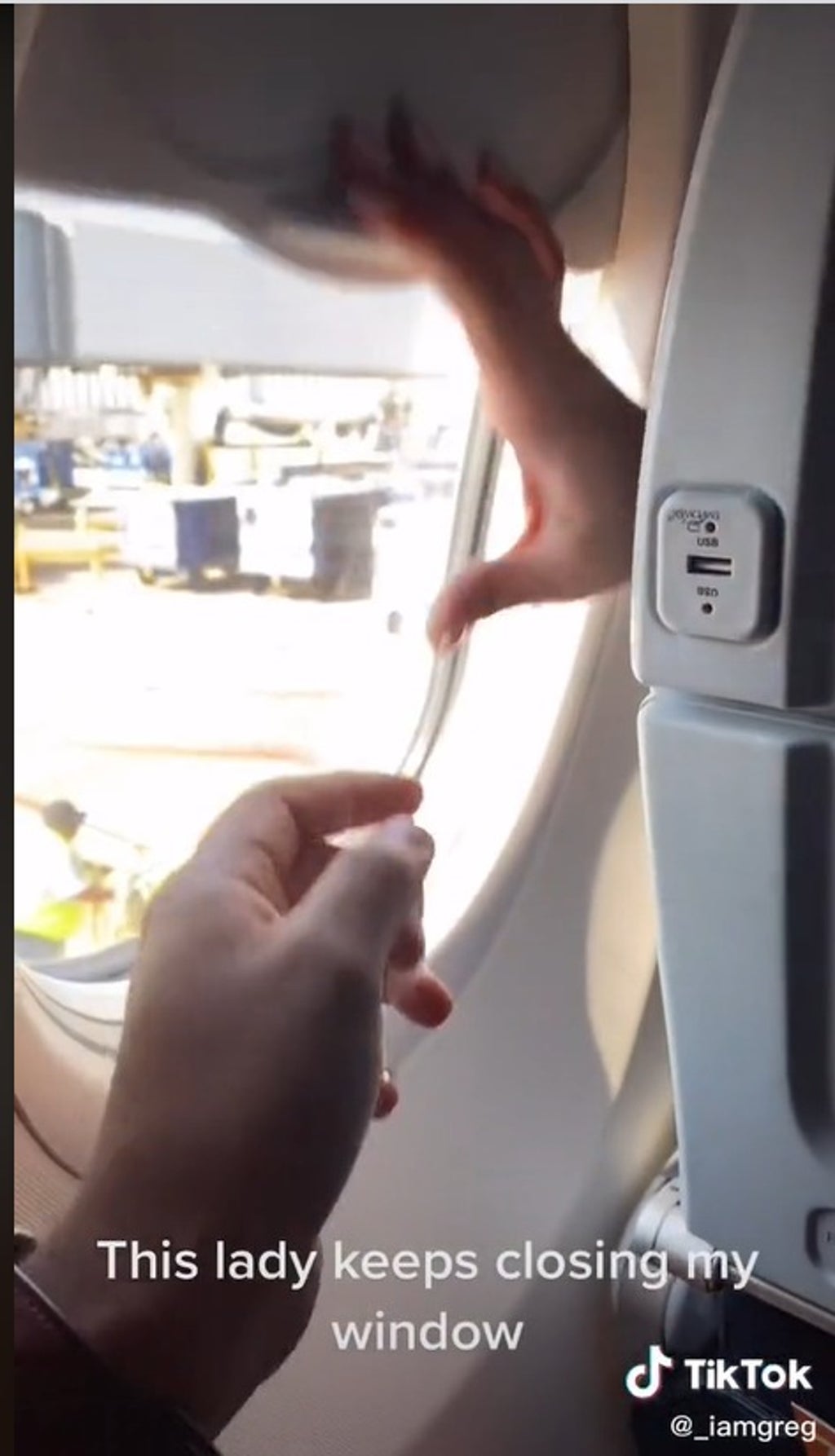 Foreign travel is reopening which means dealing with irritating people on aeroplanes is something those who wish to enjoy it will have to put up with once more.

A man on a plane experienced this kind of irritation first hand after he became locked in a bitter passive-aggressive battle with another passenger who wanted him to close his window cover – and kept closing it herself every time he opened it.

Sharing a clip of the action on TikTok, Gregory Hernandez showed that he had lucked out with the window seat on the plane. But due to the small aisles. the window was slightly aligned with the woman’s seat who was sitting in front of him..

“This lady keeps closing my window,” the video said as they almost held hands battling over the cover and batting each other’s hands away.

The caption read: “Who’s window is it?”

Reacting to the clip, which has accrued almost 6 million views, many said he was in the right to keep opening the window.

One user said: “If you have to reach behind you, definitely not yours.”

And another said: “Don’t get a window seat if you don’t want the window.”

“I’d be petty enough to hold it open the whole entire flight”, another wrote.

Not many seemed to be on the woman’s side, but one person said: “She’s trying to sleep, OBVIOUSLY keep it closed.”

Others were sceptical that strangers would be this aggressive with each other. One said: “You mean your friend seated in front of you.”

Another said: “They know each other. People really believe everything they see on TikTok.”

Staged or not, it’s certainly a talking point.

I got a Botox lip flip before my wedding so I didn’t have to pay for filler… my was mouth numb and I couldn’t...